The Passage of the ISR: A Community Victory 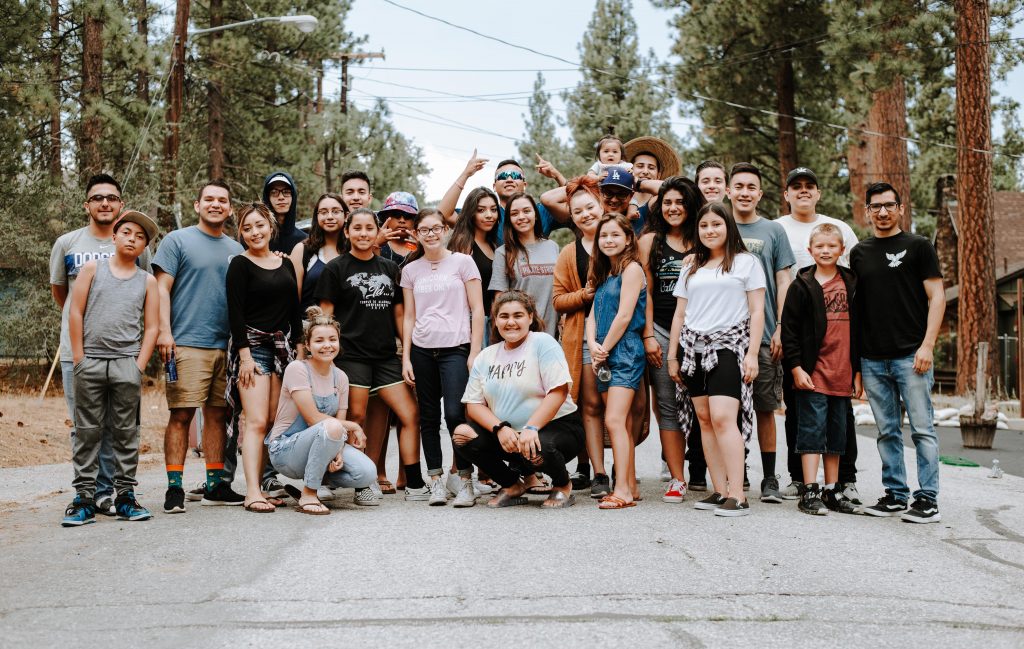 There is a place in the United States called the Inland Empire (IE). It is made up of two counties in Southern California: San Bernardino and Riverside County.  The landmass of the IE is larger than the following five states combined: Rhode Island, New Hampshire, New Jersey, Connecticut, and Delaware. In fact, San Bernardino County is the largest county in the US.1

That’s where I live and go to school.

There are over 4 million people living in the IE.2 It is rich in culture, art, and music, and is home to some of the most resilient people I have ever met. Before the turn of the twentieth century, the IE was one of the largest centers for agriculture. For instance, Redlands, CA was once known for its citrus which is now commemorated through an orange symbol on every street sign. In the recent decades, residential, industrial, and commercial development has taken over.3

When I first moved out here, my mentors at Loma Linda University Health used to talk about the beautiful San Bernardino Mountains that were visible from their homes. Perplexed, I asked, “what mountains?” In the summers, the mountains are hidden behind blankets of smog. It wasn’t until the start of the Southern California winter that I would see snowcapped mountains all around us, for the first time.

I started off by discussing my current home through my eyes because the IE recently made headlines in a notorious fashion. In the 2021 State of the Air report by the American Lung Association, the IE ranked number 1 as the most polluted place to live in terms of ozone pollution. The two counties also made the list of the top 10 for annual particulate matter rankings.  The report further elaborates that there have been 86,877 cases of pediatric asthma (7.34% of the population under 18), 271,267 cases of adult asthma (7.82 percent of the population over 18), 148,340 cases of chronic obstructive pulmonary disorder (COPD), and 218,932 cases of cardiovascular disease in the last year; the statistics highlighted the correlations between poor air quality and chronic health conditions.4

What is the reason for the poor air quality out here?

Let’s start by understanding ozone pollution. We often hear about ozone as a protective source- a layer in the stratosphere that prevents ultraviolet radiation from the sun. Ground ozone is the pollutant; it arises when oxides of nitrogen and volatile organic compounds mix in the air in the presence of heat. The latter two compounds are released by cars, power plants, chemical plants, and other such sources. Household cars tend to be large contributors and if you have ever been stuck on Interstate-10 in Southern California, heading towards the City of Stars, you may have an inkling about the sheer number of cars throughout the state.5 According to the California Air Resources Board, the largest emitters of smog-causing pollution (70%) are trucks.6 Within the last decade, the IE has seen an increase in trucks passing by due to an increase in e-commerce and the advent of warehouse distribution centers. In fact, the CBRE found that the IE was the largest market for warehouse space, with more than 20 percent of the nation’s largest deals occurring here. In 2020, over 17 million square feet were leased to logistics operators.7

The People’s Collective for Environmental Justice and students from the University of Redlands mapped warehouses in southern California and came across the conclusion that people of color and low socioeconomic status neighborhoods were disproportionately burdened by the logistics industry. Their report also found that warehouses could be found within 0.5 miles of many schools in low SES neighborhoods. This means that diesel trucks are constantly emitting pollutants into the air to and from the warehouses. The winds bring these pollutants into the neighborhoods.8 It is very clear that people of color and disadvantaged communities have been bearing the brunt of this pollution in multiple ways.

That is why, on May 7th, 2021, our communities rejoiced as the South Coast Air Quality Management District (SCAQMD) passed the Warehouse Indirect Source Rule (ISR). The ISR is unlike most other rules because it allows the management district to regulate “indirect sources” of pollution that can include mobile sources, specifically the trucks. The rule will affect around 3,000 large warehouses and require that the trucks servicing them be replaced with electric or fuel-cell trucks or pay a mitigation fee of $0.90 per square foot to the AQMD. Hundreds of community members called into the meeting.9 Environmental justice organizations from all around wrote letters in support and the ISR passed 9-4.

I write this story because it is more than just a series of events. It is a story that shines light on the resilience of a community that is finally standing up and demanding its rights. My community is tired of the adverse impacts of e-commerce and warehouses. As somebody who has suffered from childhood asthma, I check my phone every day to determine if the air quality is too poor, preventing me from stepping foot outside. As future physicians and healthcare providers, it is our duty to advocate for our community and our future patients. Children who are exposed to the pollution are at risk for future health conditions as they grow older. My friend, Ana Gonzalez, Finance and Admin Director of the nonprofit the Center for Community Action and Environmental Justice (CCAEJ) told NBC news reporters, the following;10

"Many people in our communities are tired of fighting. They're asking, 'If these measures don't pass, then what?' And I tell them that this is our community and we have to keep fighting. These developers don't represent us, and if our representatives don't hold them accountable, we have to elect them out of office."

There are still many battles up ahead and we certainly don’t expect to see immediate changes. However, these wins remind us that if the community is empowered, we can help make substantial policy changes. I hope this story inspires others who are in the same struggle for environmental justice. The power of change resides in each of us.