Addressing Climate Emergency and its impact on Public Health in US

The goal of every health system is to keep people healthy, and climate change strikes right at the foundation of it. The effects of climate change are catastrophic and instantaneous, with the impact felt across the globe. It is one of the greatest threats to public health. The rising sea level, droughts, historic hurricanes, and wildfires combined threatened the health of people worldwide.

The world economy will lose $2.7 trillion a year by 2030 if we continue to destroy biodiversity at the current rate. Moreover, by 2050, climate change is estimated to cause almost 250 000 additional deaths per year from diseases like malnutrition, malaria, diarrhea, and heat strokes. In the Finnish capital Helsinki, where records go back to 1844, the average June temperature has never been as high as this year, and even Siberia has recorded a high temperature of 38 degrees.

Climate change also excessively affects the world’s most vulnerable populations; in 2018, more people were displaced by drought in Afghanistan than by conflict. Violence due to climate change is on course to increase five times, proving devastating for the developing countries. Rising temperatures, rainfall, and humidity create an ideal habitat for disease-carrying mosquitoes, one of the deadliest predators for humans. Malaria, a mosquito-borne illness, killed 438,000 in 2015 alone, according to the World Health Organization. In central America, 20,000 sugarcane workers have died due to chronic kidney diseases most likely caused by climate change.

Global hunger has been increasing; for every 1.8-degree increase in temperature, we can expect a 10% decline in the world’s major grain crops. Extreme weather events like rising sea levels and an increase in the temperature will displace people and destroy much-needed medical infrastructure and other services. In addition, floods contaminate fresh water and increase the risk of water-borne diseases.

Unfortunately, many people in developed countries like the US and UK think climate change is not threatening their or their family’s health, yet 200,000 Americans continue to die from Air Pollution. In the last 30 years, the population of Americans having asthma has doubled, and the number of cases of Lyme diseases has also doubled to over 300,000 patients. Diseases from mosquitoes, ticks, and fleas more than tripled from just under 30,000 to almost 100,000 a year from 2004 to 2016. At the same time, drought in California has led to an increase in allergic reactions and asthma and increases the risk of wildfire. The rise in temperature during the evenings is worrisome for public health as they increase risks associated with dehydration and exhaustion.

This year was the hottest June on record in North America, causing a deadly heatwave across parts of the United States and the European Union, where temperatures have reached nearly 50 degrees, which according to scientists, would have been impossible without climate change. The heatwave has also caused the death of hundreds of people. Climate change has increased the likelihood of a heatwave in Canada and the United States by 150 times. As average temperatures rise, heatwaves in the ocean have increased by 20 times. In the past 22 years, we have recorded twenty of the warmest years as the ocean’s temperature substantially determines the air temperature. A study about ten climate-linked events found; these occurrences costing the US $10 billion in 2012 with 900 deaths, 20,000 hospitalizations, and 17,000 trips to the emergency room. 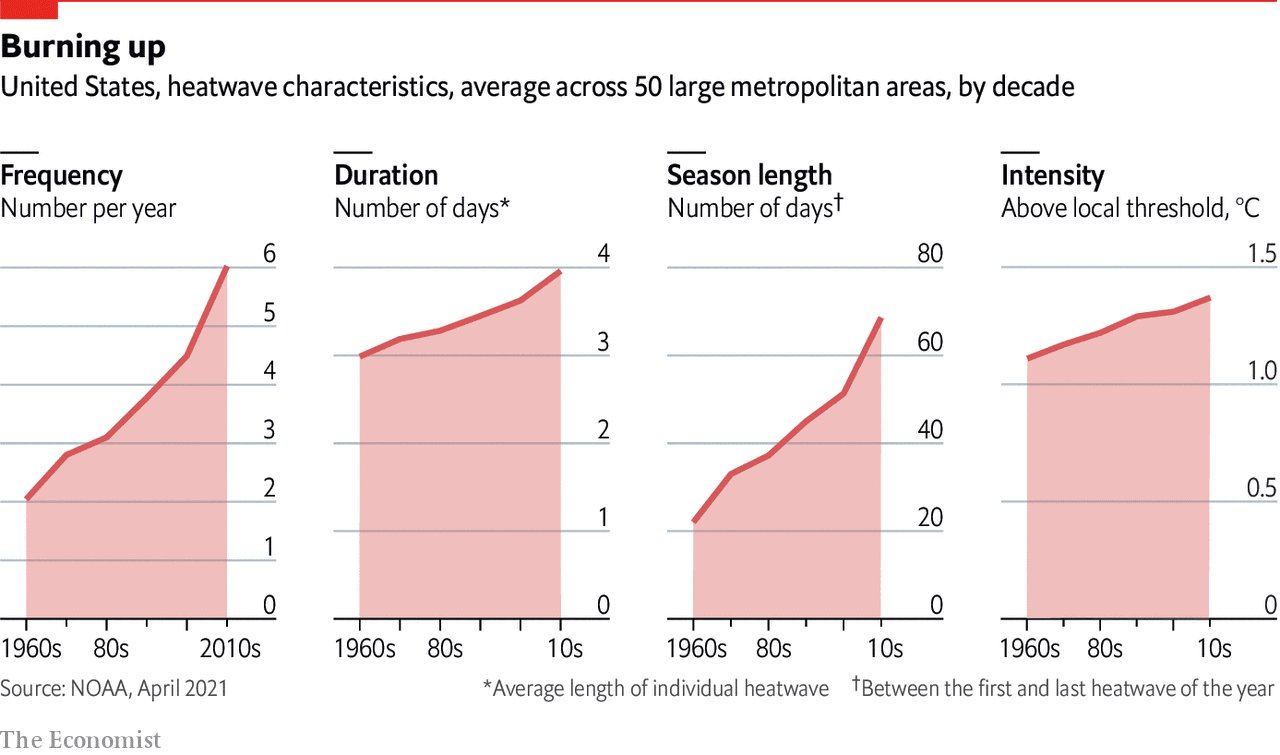 According to the New England Journal of Medicine, dozens of studies have shown how the climate crisis affects each practice of medicine. Climate change will also result in Hurricanes being more deadly as they’ll intensity rainfall by 10% and wind speed by 25miles. If the green land ice sheets melt, they would add 20 feet to the height of the sea. If the sea level keeps rising at the current rate, most of Florida and a third of New York City would be underwater. Nearly 800 million people across the world live close to the sea.

Alleviating climate change will stop the spread of diseases and save billions of dollars in healthcare. According to the Medical Society Consortium on Climate and Health, “there is concern that malaria could reemerge in the United States.” In addition, scorching and freezing weather increases the risk of heatstroke, dehydration, hypothermia.

Climate change imperils the US health care system to provide care to the American people. Policymakers need to develop a health system that takes into account climate change. Unfortunately, only 5% of all US climate resilience investments went to the health care sector in 2016, even though US healthcare is the world’s seventh-largest producer of carbon dioxide.