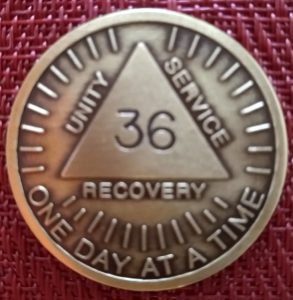 It was at the Mayflower Hotel in Akron, Ohio in 1935 that Bill Wilson made a choice that led to the birth of one of the fastest-growing social initiatives in the world.

Wilson may not have been a public health worker or anywhere closely linked to the healthcare sector. He was a Wall Street broker and an alcoholic. But that day, he was not thinking of starting a movement. All he wanted to do was to resist the growing urge of leaning towards the bottle that he knew was wreaking havoc in his life. But he knew he could not do it alone. What he needed was to talk to someone, another alcoholic, who could relate to what he was going through – as he stated in his own words ‘two drunks talking to each other’. And so he found Dr. Bob Smith, a surgeon who was also an alcoholic. In the month that followed, Wilson had his last drink. Wilson and Smith helped each other and then reached out to other alcoholics. Soon they began to hold meetings for recovering alcoholics so that they could support their group and welcome others who were looking for help.

Since its inception in 1935, AA has grown to some 2 million members in more than 160 countries, including more than 1.2 million US members. Given that there is no central leadership AA has grown through self-supporting volunteers, making it a sustainable, organic movement. Yet it is not strictly categorized as a public health movement. Alcoholism was not recognized as a disease until 1973. Since then the medical community has concluded alcoholism to be an addictive disease, fulfilling ten stringent criteria to meet the category. Today, alcoholism is the third leading preventable cause of death in the United States and the leading cause of liver transplantation due to chronic liver disease. Given these ramifications, AA addresses the three principles of public health – protection, prevention (from disease), and promotion of health.

The structure of AA is pillared less by authority and more by sustainable self-sufficiency. There are district meetings, area assemblies, and a General Service Conference. Anyone wishing to join has to be ‘sponsored’ by a current AA member. Sponsorship for AA relates more to recommendation and membership rather than a financial incentive. It is also a means to retain the privacy of current members.

Addiction researchers have undertaken thousands of studies of AA since the 1970s. Notably, however, it is difficult to measure the impact of AA. Studying the impact is hindered by the presence of the self-selection bias that is inevitable given AA’s present structure. One study (Humphreys et al., 2014) found that participation in AA may contribute to increased abstinence but up to a mark – any further increase in involvement did not affect drinking outcome. The effectiveness of the 12 steps is easier to measure. One randomized control trial (Walitzer et al., 2009) found that participants exposed to the 12-Step directive condition for facilitating AA involvement reported more AA meeting attendance, more evidence of active involvement in AA, and a higher percentage of days abstinent relative to participants in the treatment-as-usual comparison group.

Other major changes have also happened in parallel in the field of public health. For one thing, health has been recognized as an inextricably social and not just medical, matter. But there are some other components that are at the heart of AA – compassion, and dignity. They address the most painful human experience that comes out of being an alcoholic or any kind of disease that makes people prone to stigma – being ostracized and cut off from any kind of social support. Whether or not, we are able to put a number on it AA emerges as a path for the blind leading the blind.

What does this mean for future public health initiatives that look to tackling diseases in which those who suffer are prone to stigma and hindrances from social support? AA may be a template of sorts to follow particularly for individuals who seek to come to terms with their condition and are willing to take a pro-active approach in dealing with the terms of their disease. Above all, it highlights how the governing principles of compassion for others and respecting people’s dignity can provide the highest form of support for those looking for it.