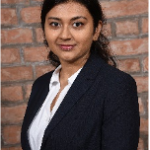 Think Before you Waste – Part 1

As I deep dive into the inequities rampant in the Indian healthcare system, this two part series will focus on biomedical waste workers. To clarify, I am focusing on the city’s sanitation work force, who usually pick up trash from the streets, and not on BMW workers who are employed in hospitals, as they are better trained and have relatively better financial covers.

The first part will examine the conditions they face and the ecosystem surrounding them, and the second part will elaborate on solutions to overcome these inequities.

As the world was plunged into the throes of the pandemic, the waste and sanitation workers of New Delhi had a new line of “products” enter their daily ordeal in the form of masks, sanitizer bottles, face shields, and gloves. The Central Pollution Control Board (CPCB), the national watchdog for pollution control, said that Delhi alone produced almost 349 tonnes of waste per day in July 2020, an almost five times increase from the same period last year. This waste accounted for 10% of India’s entire bulk of biomedical waste (BMW), but with the number of cases rising, that number that is expected to have gone up.

Sanitation and BMW workers have always existed on the fringes of the mainstream conversation. Even during the pandemic, they hardly occupied any space in the ongoing narratives, despite playing a very pivotal role in civic society.

Open and unscrupulous dumping is creating a hazardous working environment for them, as infected needles and viscera pose an increased risk for infections like COVID-19, HIV, and Hepatitis B and C. In an interview with Citizen Matters, the President of Delhi Safai Karamchari Association (Transliteration: Delhi Sanitation Workers Association), Mr Sanjay Gahlot was quoted as saying, “… [There is] no doubt that [several] workers have got the virus from handling contaminated waste.”

Furthermore, even when protective equipment is provided, it is not of required quality. In addition to the shortage of protective equipment, there is lack of testing for the families of the workers as well as a lack of cubicles to clean themselves after work.

Many workers rely on color-coded bags for identification of materials, and incorrect segregation at the source leads to workers manually transferring dangerous materials like needlesticks from one bin to another. This was accentuated during home isolations and home quarantines for COVID-19 patients, as generally the designated families do not follow rules given to them by the government for waste segregation. Waste is indiscriminately sold to the local scrap and rag picker, which poses a risk to the worker as well as the environment.

Waste treatment plants were caught off-guard. Amit Nilawar from SMS Water Grace, Delhi’s official common biomedical waste treatment facility (CBWTF), shared with The Deccan Herald, “Before the pandemic, my facility had been operating at 50% capacity. Now, it is operating between 90-110%. The operational cost per day has increased manifold due to tremendous pressure on the machinery. Help from the Delhi government will be highly [appreciated] at this stage. [The government] should make it compulsory for waste-to-energy plants in the city to dispose of our surplus waste.”

The below graph has been adapted from the official data shared by the Central Pollution Control Board, Delhi for the year 2020. 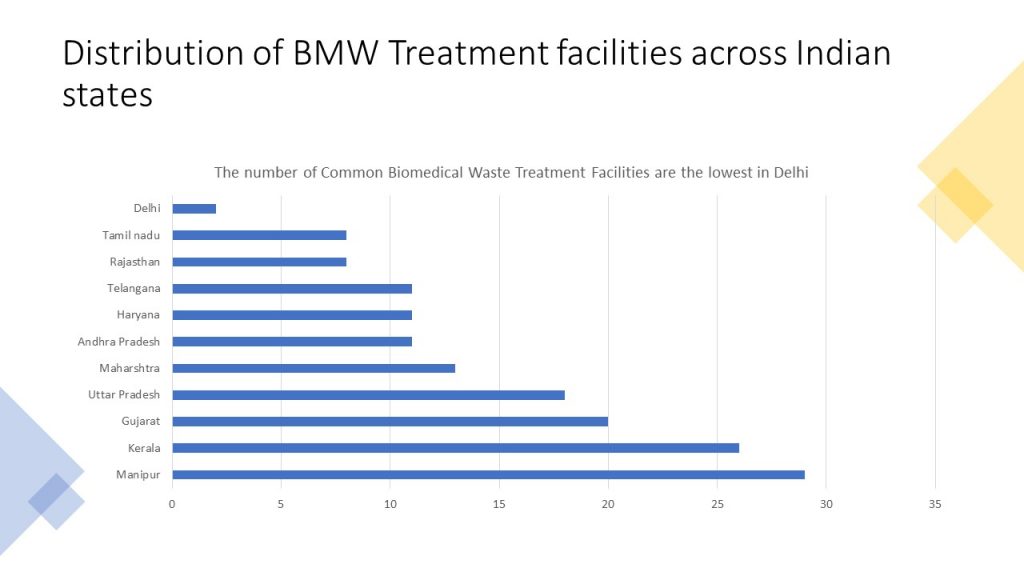 Apart from the general rise in plastics, improper segregation of BMW emerging from different streams can trigger a domino-like effect on environment in the longer term. While some categories of biomedical pollutants can interfere with the metabolic processes of living organisms, other categories of pollutants generated from BMW can have negative impact on aquatic life reproduction and development.

Incineration of BMW creates a high concentration of heavy metals and polycyclic aromatic hydrocarbons (PAHs). This increases the importance of eliminating the toxicity of ash before disposal in landfills, which may further lead to surface and groundwater pollution. Results reported from the surrounding soil of Okhla in Delhi shows the change in chemistry and biology of the soil ecosystem. Tracking the root cause of these changes indicates dumping of infectious waste as part of the municipal solid waste has increased the concentration of heavy metals in dumping sites, leading to deterioration in soil quality.

What’s next on A Tough Pill To Swallow

The burgeoning problem of BMW has compounded the woes of not only the environment, but also the workers, who have to tread through them daily. In the second part of the series, explore with me the solutions that have been posed by various stakeholders — the government, citizenry and corporations — to tackle the growing menace of biomedical waste and to improve quality of life for the workers.