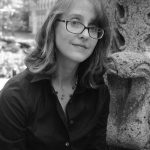 A Conversation with Journalist Abené Clayton, Part I​

Note: This conversation was edited for length and clarity.

CL: After reading your excellent article on the homicide surge in the Bay area, I want to hear about your approach to focusing on the individual and community toll of gun violence along with criminological data from the California Department of Justice, reported to the FBI. How do you use the data to tell the story of gun violence? What does the data illuminate for you?

AC: For me, the data tends to affirm what community folks have been telling me, that more young people are being shot, more people on their block are getting shot and killed. When you have the numbers to back it up, it gives readers who may not constantly pay attention to gun violence a way into the story of community violence. The data show a 25% increase in gun homicides, and that’s very arresting. Whereas when you lead with the focus on families, it becomes a little more niche and personal.

The numbers are helpful for me because they’re the confirmation that lets me know which direction to take the story. If the numbers don’t show an increase, then my story is something different. It’s always the right time to talk to families who have been impacted by gun violence. Those are evergreen topics for me that don’t need to be tied to a dramatic numerical increase, but I also know not everyone spends 24/7 thinking about gun violence. It’s vital to show who gun violence is happening to.

I also noticed that the “crime wave” narrative was eliciting fears from mostly suburban folks. But the data provides helpful confirmation on who gun violence is happening to, that the burden is still mostly on Black and Latino folks, disproportionately on Black folks, who are 5% of the region but almost half of the homicides. That is a racial injustice on par with achievement gaps and disproportionate suspensions from school. The data helps prove that these issues are interconnected. It confirms what the communities are already telling me, and lets people know the level of specificity: this is where it’s happening and to whom, and this is where it’s not happening. The data lets us know where our focus needs to be. Some narratives about gun control or gun violence miss the point, for example, belief in the dominance of “lone wolf” mass shootings, which the data reveal are relatively infrequent.

CL: You interviewed LaTanya Robinson, who lost her son to gun violence. She said “I don’t want my child to be a data point.” I’m wondering how data can also hide the human impact of violence. Some mainstream narratives frame the victims of gun violence as perpetrators. What’s your experience documenting gun violence in communities, given dominant notions about who can be seen as a victim?

AC: I think many people imagine crime victims as Polly Klaas, among “victims rights” narratives, if you will. And there’s no part of me that wants to dismiss anyone’s trauma and grief, but to have the face of crime victimhood be white and affluent, it obscures what’s really going on for crime victims in what I call “the hood.” Some say “underserved majority Black and Brown” or “lower income community”, for me it’s the hood, it’s where I’m from and what I identify with. Crime victims are all around us. I know so many people who have been shot or shot at, who have been robbed at gunpoint. For me, “the hood” is said with love; for others, it’s said with fear and accusation: “This violence is a normal part of life in the hood. Aren’t these moms used to their kids getting killed all the time? Y’all wear the t-shirts with your fallen friends’ faces on them. Isn’t this just what happens?” This kind of logic makes it easier for people not to see folks who deal with gun violence as true victims of violent crime.

A lot of it is political. There’s a belief that folks in the hood who lose loved ones to gun violence – or just folks in the hood period – are either apathetic or complicit in homicidal violence, that it’s because some parent didn’t teach their kid this that or the third, or because you want your little son walking around acting like a gangster. These very racist ideas about failures of Black and Brown parents to raise their children imply they purposefully raise their kids to get into these situations.

What brought me into this work was seeing so many things missing from the popular coverage of gun violence. I noticed, growing up in Richmond, gun violence coverage that didn’t jibe with my own experiences. And witnessing how much communities invest in rallies, vigils, and on-line groups to try to get justice for deceased loved ones, seeing how much people really do care, but that care isn’t reflected in our popular media coverage.

And if something local makes it into the national press, they’ll always mention something like, “We don’t know if it was gang related, but maybe,” which seems so unnecessary and frames things in a way that detracts from the lives lost. Most of the time these murders aren’t even solved, and so these popular narratives project simplistic assumptions onto situations that are far more complex.

I’m not one to shy away from the reasons behind gun violence and the circumstances under which someone’s life is lost. But we need to understand why these things happen. If someone was killed in a shooting that might have been precipitated by something they did, if there was a situation of mutual antagonism that turned deadly, I’ll have no issue talking about that, but I’m not going to ignore the devastating impact on family and community. These narratives must all be included, and it’s vital to disrupt what people think about crime victims, including racist and sexist stereotypes of Black mothers not being able to care for or control their children. At the end of the day – regardless of what led up to this instance – the person killed is a victim.

When you listen to Marc Klaas talk about how he felt when his child was killed, we must remember that other parents of murdered children experience that intense loss. We let racist beliefs about why gun violence happens and who it happens to, to obscure the humanity that is at the core of victimhood, to obscure the very real physical repercussions of experiencing this kind of trauma.

I’ve talked to a number of moms who lost children, and most said a version of “I was about to die.” There are devastating effects on the brain and body when one’s child is murdered. The experience of grief is similar, but we let assumptions about precipitating events undermine the depiction of victimhood when it comes to Black and Brown people who are targets of gun violence. These victims don’t get the opportunity to grow up and out of risky behaviors, the kinds of grace we give to young people generally. And a lot has to do with politics, race, who is and isn’t considered a victim, and the stories told in the media.

CL: Your work addresses issues of representation around gender as well as race stereotypes, like that of “thuggish” young Black men as perpetrators, not victims, of gun violence, and stereotypes of Black motherhood. You depict the bereaved mothers in their viscerally embodied grief. LaTanya Robinson described feeling like her stomach was ripped out from beneath her when she discovered her son André was killed. If “the face of victimhood is the face of white affluence,” then the challenge is to resist the stereotypes that are so deeply embedded in our national consciousness. How do you go about producing journalism that pushes back, that wakes us up to the realities of gun violence?

AC: I find a deep level of awareness among family members I speak to. They’ll say that they want the world to know that their child was not a thug, that he was in ROTC, a good student…they feel they need to exonerate their deceased child. There’s a part of me that believes we shouldn’t even have to list all the good things bereaved parents say about their kids, but in the end, I’ll include every good thing a parent says about their child. No one deserves to be killed violently. But not everyone reading knows the circumstances of these stories, and these families, who just want to let people know that their deceased child is not a stereotype but is a victim, a devastating loss.

Many see mainstream depictions and assume criminal behavior led to the deaths. Young Black boys don’t get the chance to grow out of the kind of reckless, risky behavior that most kids experience; we just assume that this is what happens to 19-year-olds who wear their hair a certain way and listen to certain music.

Click here to read Part II of this interview.