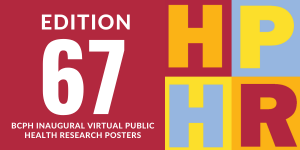 Ramsey A, Mallouk A, Sharma A, Baxter T. Timeline in pictures of Oral Aphthae as a presenting symptom fo Behcet’s Disease. HPHR. 2022;67.

Behcet’s disease (BD) is a chronic, relapsing, inflammatory vascular disease with no pathognomonic test. It is named after the Turkish Dermatologist, Hulusi Behcet who described the disease in 1937. It is characterized by recurrent oral ulcers and other several systemic manifestations 1. It is believed to exist in many parts of the world with high incidences in the Middle East, Far East, and Mediterranean region and in an area of the ancient trading route known as “Old Silk Road” between latitudes 30° and 45° north in Asia and Europe 2, 3.

Behcet’s disease is believed to be an autoimmune over-reaction to either an infectious or environmental insult in a subset of patients that is genetically predisposed with a HLA‐B51 genetic risk factor. BD typically presents in the third and fourth decade of life with no specific sex predilection 1, 3, 8. The diagnosis relies on the clinical criteria according to the International Study Group for the Behcet’s Disease (ISGBD) 9. ISGBD requires the presence of recurrent oral aphthae (three times in 1 year) with at least two of the following: recurrent genital aphthae (aphthous ulceration or scarring), eye lesions (retinal vasculitis, cells in vitreous, or uveitis), skin lesions (papulo‐pustular lesions, pseudo‐vasculitis, acneiform nodules, or erythema nodosum), or a positive Pathergy test 9. Low sensitivity of the currently applied International Study Group (ISG) clinical diagnostic criteria led to their reassessment. An International Team for the Revision of the International Criteria for BD (from 27 countries) submitted data from 2556 clinically diagnosed BD patients and 1163 controls with BD-mimicking diseases or presenting at least one major BD sign. For the ICBD, ocular lesions, oral aphthosis and genital aphthosis are each assigned 2 points, while skin lesions, central nervous system involvement and vascular manifestations 1 point each. The pathergy test, when used, was assigned 1 point. A patient scoring ≥4 points is classified as having BD 11.

Corticosteroids, immunosuppressant drugs, tumor necrosis factor‐inhibitors, and other symptomatic treatments are commonly used in the management of BD 10. We report a case of a 60-year old Turkish male who presented with history of the recurrent oral ulcers of BD. We present a chronological order of the development of his oral aphthae as shown in the illustrated pictures.

We are reporting a 60‐year‐old Turkish male who presented to our outpatient clinic frustrated by multiple visits to many doctors and clinics for his seemingly puzzling symptoms. The patient initially had blisters all over his lips and tongue. He went to a walk-in clinic and was told he had Herpes. The patient also had a blister on his penis. However, the patient denied being sexually active for years which prompted us to conduct further investigation and search of the literature. Two weeks later, the patient stated that the ulcers were healing and everything was beginning to look normal again. The next day the patient woke up with back pain radiating to the right side of the mid-thoracic area for which he went to the ED. He was diagnosed with a kidney stone on CT imaging. The patient described 2 similar episodes of oral ulcerations over the previous year. The mouth ulcers started gradually in the buccal cavity, tongue, and lips. There have been periods of complete healing and recurrences. His recurrences were neither bleeding nor discharging. He denied history of epigastric pain, painful defecation, painful micturition, hematuria, reduced amount of urine, or any history suggestive of sexually transmitted diseases in the past. There was no blurred vision or photophobia. Over the course of his illness, the patient had neither fever nor weight loss.

He had no known history of allergy and had never been transfused with blood or blood products. All of his family members were healthy and none had similar illness. He is a former smoker and no history of drinking alcohol.
Physical examination revealed an anxious patient with multiple concerns about his health who was fully alert, cooperative, and afebrile. He had no oro-genital ulcerations, eye lesions or skin abnormalities at the time of the exam. There was no lymphadenopathy. Eye examination revealed normal visual acuity, normal visual fields, normal optic nerves and no signs of uveitis.

The blood pressure was 122/82 mmHg, the pulse rate was 68 beats per minute regular, the respiratory rate was 17 cycles per minutes, and the oxygen saturation was 96% in room air. Urogenital system examination revealed normal male genitalia. The physical examination of the rest of the systems was essentially normal.

The results from laboratory analysis done were complete blood count (hemoglobin level of 14.6 g/dL and a mean corpuscular volume 93.7 fl., all blood cell counts were within normal ranges), renal function test (normal range), fasting blood glucose (92MG/DL), and Pathergy test (negative). HLA-B27 antigen negative. The Erythrocyte Sedimentation Rate (ESR) was 18MM/HR and C-Reactive Protein (CRP) was 1.03mg/L. Herpes Simplex Virus (HSV) Type 1&2 were undetected in the serum. Varicella-Zoster Virus (VZV) PCR was negative. The diagnosis of BD was made according to the ISGBD 9 based on the presence of recurrent oral aphthae (≥3 times in 1 year) together with recurrent genital aphthae and the patient’s self-reported skin lesions.

The patient currently requires no treatment since his disease course seems to be in remission. Close monitoring of the various systemic symptoms of BD are advised and appropriate follow-up is recommended. Generally, BD responds well to steroids, with the combination of corticosteroids and immunosuppressant drugs being indicated when vital organs are involved 10.

This case emphasizes the need to increase awareness among clinicians to recognize the various manifestations of BD so as to timely diagnose and offer prompt treatment. Further studies are needed to ascertain the prevalence and distribution of BD in the US as well as associated genetic factors.