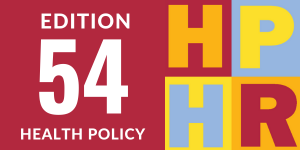 To protect the rights and dignity of mental health patients, there is an urgent need to review the current related laws and reform the compulsory regime concerning the mental health treatment in Hong Kong to make it in line with the World Health Organization’s comprehensive mental health action plan 2013-2020.1

While it is understandable that mentally disordered persons be removed from regular persons so that they can be treated appropriately when necessarily. There are few checks and balances to prevent possible abuses or misuse of this discretionary power. As such, there is little recourse or remedies for patients who believe they are unfairly treated and detained against their well.1 The possibility of extended indefinite detention may also add stigma and fear to mental health illness from the general society.

Moreover, it is common practice that the presiding judge or magistrate does not necessarily have to see the individual due to be detained by reason of mental disorder for all cases.5 This sentiment is confirmed by case law in Hospital Authority v A District Judge,5 which concerned a temporary committal by 2 medicals doctors under Section 32 and the refusal of the judge to countersign the certificate. In that case, the Judge of the Court of First Instance in Hong Kong, reiterated that the   role  of the judge in such orders is purely administrative, and quashed the decision of the previous court’s judge to refuse to sign the certificate under section 36 of the Mental Health Ordinance, while stating that such power should by extension apply to other similar sections of the Mental Health Ordinance.

The first option is to add in a requirement that the number of doctors required to certify be greater than 2 doctors with a minimum practice years of 5 years, including at least a doctor specializing in psychiatry. This is because this is a medical matter that should be screened by experienced doctors without bias, rather than an administrative matter like a fine or injunction order which should be deferred to judges. It is advisable to have a second opinion by an appointed doctor like it is done in the United Kingdom which had 14,503 such visits in 2017/18.12 The pros of this recommendation are that this would be fairer to patients as it would be more difficult to compulsorily lock someone up on the grounds of mental illness without strong reasons, the cons are that it would make it more costly administratively to lock up someone.

Secondly, there should be a limit on the amount of time a person is sent away for compulsory treatment, and there should be some form of review mechanism periodically, e.g., a compulsory review for every year that a person is kept compulsorily detained. There should be special compulsory training for doctors and magistrates and judges  who are involved in this, to ensure that they have the specific skills and better capacity to determine the presence of absence of mental capacity. The cons are that this recommendation is that it would increase administrative work, but the pros which outweigh the cons is that it is more beneficial to the patient in the long run, as the aim for the Mental Health Ordinance is not to lock patients up but to rehabilitate them, and to protect the society from mentally challenged people.

The third and more favourable option is to increase the amount of prevention work against mental health disorders rather than the withdrawal of people with mental illness in order to decrease stigma, for instance research has showed that unemployment and lack of social support is a great contributor to suicidal risk,13 hence there can be evidence-based mental wellness promotion programs for the community, especially for those particularly vulnerable during quarantine. There can be both individual-level protection and neighbourhood-level protection. There can also be recommended best practices and compulsory support for mentally incapacitated patients and their carers written in the legislation such as compulsory emotional support for those who are detained in hospitals because of the mental illness, to show them that the society has not given up on them, and when they recover, they can be accepted back into society. The benefit is this recommendation can help to decrease the proportion of mentally challenged people in the long run though the cons is that much more work must be done and this will indeed take time.

These three recommendations fit well with the Kingdon agenda setting framework. First the Mental Health Ordinance problem is a real problem as there are growing number of scholars writing about this issue in recent years.14 Secondly, it fits with the policy stream, as nowadays there is COVID-19, and there have been increasing attention to mental health both locally and globally and mental health is also a priority in Policy Address of the Chief Executive of Hong Kong as shown by the additional increase in mental health public resources of $300 million Hong Kong dollars last month.5 Thirdly, it fits with the politics stream, as shown by Policy Address16 and mental health protection and protection of the minorities are clearly worthwhile goals for any society and community. As such there is a window of opportunity to bring out policy change.

This also applies in the strategic triangle, as there is public value proposition for safeguarding the rights of the people who are deemed to be mentally challenged, which may just happen to even to the most currently healthy person. Given the vicissitudes of life, ordinary people may become depressed and anxious at various stages of their lives, and may be regarded as in need of mental interference if their grief leads to suicidal thoughts and actions.1

From the above, it is clearly seen the importance of reforming the Mental Health Ordinance in Hong Kong to make it more aligned with international human protection rules at the World Health Organization including the United Nations Convention of the Rights of Persons with Disabilities17 by increasing the rights of those suspected to have mental disabilities in Hong Kong. Such a move will increase the rights of the mentally incapacitated and allow them and their families to have better protection as they hopefully move towards the road to recovery.

Amelia Lo, MPH, MBA, LLB recently studied the Master of Public Health at the Harvard School of Public Health, and is interested in various issues of public health. Trained in both law and business, she is also an amateur opera singer. (Please add the disclaimer that the article is not intended to be legal advice, thank you very much).