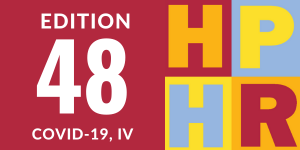 Adherence to Lockdown and Social-Distancing Policies Amidst COVID-19 Pandemic: A Behavioral and Socio-Economic Perspective from India

Adherence to Lockdown and Social-Distancing Policies Amidst COVID-19 Pandemic: A Behavioral and Socio-Economic Perspective from India

The global response to the COVID-19 pandemic varied greatly, with significant regional variations in the frequency and intensity of the public health measures taken to combat it. India was one of the worst affected nations worldwide, with 420,000 reported deaths having occurred due to SARS-CoV-2 infection by the end of July 2021. Given that merely 6.8% of the population had been fully vaccinated by then, restrictive measures continue to play a critical role in late 2021. Adherence to World Health Organization’s (WHO’s) and national COVID-19 guidelines was extremely heteregenous throughout the country. Social and behavioural impact of the measures employed by administrative authorities in India to control the spread of COVID-19 on different strata of the population were widely varying. Personal beliefs, influenced by religious and cultural factors, exarcebated the challenges faced by the administration in enforcing public health measures. The dispersal of information by government bodies and its acceptance by the public was severely impacted by the deep mistrust that had accrued in the general populace owing to agitations against the state’s policies about citizenship and agriculture. This opinion piece explores the interplay between the public health mitigative measures enforced by administrative institutions in India and the socio-economic and behavioral obstacles that challenged federal and state efforts.

The global response to the COVID-19 pandemic varied greatly, with significant regional variations in the frequency and intensity of the public health measures taken to combat it. As of late 2021, countries worldwide are taking stock of their response to the pandemic and evaluating the public health policies that have truly proven helpful in the field. This opinion piece explores the interplay between the public health mitigative measures enforced by administrative institutions in India and the socio-economic and behavioral obstacles that challenged federal and state efforts.

State of Pandemic Response in India

India was one of the worst affected nations globally by the COVID-19 pandemic, with the 420,000 reported deaths having occurred due to SARS-CoV-2 infection by the end of July 2021. The pandemic’s resurgence in 2021 in India notably overwhelmed the country’s healthcare sytems. The healthcare response to COVID-19 was believed to have taken a toll on India’s healthcare professionals, while many of them worked long hours amidst several challenges (The Hindu Legal Correspondent, 2020, Edakhlon et al., 2021).

The worst-hit population due to the pandemic were India’s villages. Prior to the pandemic, India’s poor condition of rural health infrastructure had been widely neglected, and the lack of healthcare for its urban-poor populace had been well-recognized. For instance, the maternal care programs of India, which have faced significant criticized for performing poorly (Gupta and Guin, 2015), were at the brink of being abandoned during the pandemic. Pre-pandemic, India’s healthcare facilities had been yet to develop, with insuffficient allocation of monetary and human resources. The value of proper healthcare was yet to be implemented and accepted by the rural population at large.

The Union Health Ministry of India claimed of a high recovery rate that the country managed to achieve, along with a low number of cases per million individuals, compared to other nations. However, a panel formed by India’s Department of Science and Technology (DST) reported for every case recorded in India, ninety infections were missed despite the country’s testing protocols (Ghosh, 2020).

The official panel formed by the federal government had an optimistic outlook. It had claimed that India’s “inefficiency” at conducting accurate mass-testing had helped its citizens develop antibodies as 60% of Indians had already been infected. The DST panel had initially predicted that the country would witness a single infection peak while other nations, such as Germany and Sweden, were reporting a resurgence of cases (Ghosh, 2020), which was proven inappropriate in hindsight. The trajectory of growing cases in India remained overlooked after discovering a new strain in the United Kingdom (Terry, 2020).

The government’s efforts to boost their morale were met with counterproductive results, just like many preventive policies, as many doctors complained of a lack of resources while facing extreme fatigue (Scroll Staff, 2020, Sharma et al., 2020).

Respoding to the rapidly spreading pandemic, the national and state governments in India instituted several public health measures, with varying efficacy. These included but were not limited to social distancing, night curfews, lockdowns, travel restrictions, amongst others.

Personal beliefs, influenced by religious and cultural factors exarcebated the challenges faced by the administration in enforcing public health measures. Much before the release of the DST committee’s report, it was widely believed by the general populace that it had already been infected in all likelihood and hence, had developed antibodies to combat reinfection (Ghosh, 2020).

Adherence to mask-wearing and social-distancing behaviors in India were reported to be “poor” by the DST committee. Mask compliance in social occasions, such as weddings, was notably lacking, and the minority of people who still observed precautions were at the risk of inviting negative remarks from their social circle. It was deemed disrespectful in rural India, for example, to talk with a mask on. Religious events in India were also conducted with claims of thorough screening. These claims, however, remained untested in light of India’s poor performance in detecting the virus in most individuals (Ghosh, 2020).

Given that merely 6.8% of the Indian population had been fully vaccinated by the end of July 2021, hence, masking, lockdowns, social distancing and other mitigative public health measures continue to be required and are being enforced in various states across the country. Adherence with these measures has been extremely heterogenous amongst various strata of the population, and socio-economic inequities have been a key driver of compliance. Political, environmental, and communal challenges may have prevented the Indian government from implementing various measures.

The socio-economic divide in India was in full display as the pandemic policies affected each stratum differently. The diverse modes of transmission noted in COVID-19 infections made it arduous for lockdown and social-distancing policies to be effectively enforced in overcrowded slums. India’s rural and urban-poor population did find public policies conflicting with the harsh realities of their everyday life, which can be phrased best by their own words:
Sometimes I have to skip bathing to save water for cooking… [and yet] you want us to wash our hands frequently? (Iyer, 2020).

The contextualization of pandemic protocols implemented in India to control the spread of the virus was not easy to observe. As India battled on all fronts, including the economic crisis and the addition of farmers to the list of protesters, compliance with rules and regulations remained inconsistent. The Indian population was faced with the difficult task of staying indoors, if they had the means to, while watching the economic stability of India dwindle. The closure of public spaces resulted in rate of unemployment steeply increasing by 19% after the first month of lockdown (Ghosh, Nundy and Mallick, 2020). The uncertainty regarding the potential return to normalcy was more intense for those who depended upon daily wages, such as carpenters and street vendors. Several white-collar and blue-collar job markets, such as India’s tourism industry, were faced with losses and uncertainty (Radhakrishnan, 2020).

In the absence of the ability to secure appropriate housing, a large proportion of Mumbai’s workers live in slums and Chawls or tenements. These are often ghettoized together, separate from the economically well-off townships, and have overcrowding and poor ventilation. When the Minister of Health and Family Welfare of Government of India announced public health mitigative measures for COVID-19, social distancing for these laborers proved difficult, regardless of how urgent or necessary the guidelines appeared (Singh and Misra, 2020). Adequate compliance of COVID-19 policies was hindered by a lack of education amongst these migrant workers and poor dispersal of information. Moreover, the workers considered their diverse backgrounds to be an integral part of their identity in a highly heterogeneous city such as Mumbai. this diversity may have weakened the impact of the Indian government’s advisory for social distancing protocols (Mufsin and Muhsin, 2020). The apparent lack of social-distancing compliance in India’s wealthy or middle-class families also challenged India’s fight against the pandemic (Singh and Misra, 2020).

Balanced individualist and collectivist tendencies continued to define India, and its source of stability remained its political and religious climate. However, its citizens grew aware of various cultural influences in the last decade, not the least of which were their religious identities and political opinions. These divisions, which seemed like a preliminary step towards a solution tailored to the needs of each community, were accused of being exploited by populist leaders who wanted to secure tangible gains in the next elections. Urgent social distancing policies and lockdown were regarded as a ruse because of a deep sense of mistrust.

India’s COVID-19 lockdown was implemented during troubled times. When it was being implemented, members of a minority community were agitating against a controversial citizenship bill. The pandemic and the preventive measures associated with it were looked upon as an excuse by members of the aforementioned community. Though major protests were stopped in compliance with the seriousness of the situation, most of these protesters came from a rural background who, besides other limitations, had little idea of what a virus was and how did it relate to their agitation. The government struggled to appear as a reliable source of information to them. It did not help that the media allegedly attached a religious connotation to the spread of the virus (Jena, Yadav and Rambarki, 2021; Mustafa, 2020; Sharma and Anand, 2020.

India’s response to SARS-CoV-2 was challenged by its corresponding socio-political atmosphere and the lack of pre-pandemic healthcare systems. While administrative bodies attempted to enforce public health measures to mitigate the spread of COVID-19 pandemic, people from the lower social stratum were not able to comply to the official guidelines because of socio-economic challenges. Adherence to public health restrictions remained poor at several large gatherings across various population groups, resulting in superspreader events. Insufficient communication between the government and some communities of the population weakened the social distancing and quarantining policies. The migrant labour population posed a unique challenge since they had to move back to their localities, with inadequate transport facilities, at a time where social distancing policies had been put in place. Applying the principles of social cohesion and due explanations of how the infection can affect the citizens of a country at a personal level could have enhanced Indian populace’s response to the pandemic (Legkauskas, 2020).