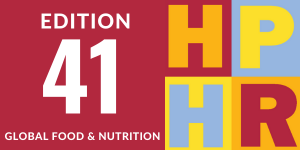 Causes and Solutions for Iron and Zinc Deficiencies among Vietnamese Children

Nguyen-Hoang A. Causes and solutions for iron and zinc deficiencies among Vietnamese children. HPHR. 2021;41.

Causes and Solutions for Iron and Zinc Deficiencies among Vietnamese Children

The prevalence of zinc deficiency in Vietnam is high in children. It was often associated with iron deficiency. Deficiencies of zinc and iron have been widely recognized as a public health issue in Vietnam. Zinc and iron are important trace elements in the body, particularly in developing children’s body. The deficiency of these micronutrients without correction is related to cognitive impairment and immune dysfunctions in children. Moreover, evidence shows that an inadequate intake of zinc and iron could cause growth retardation due to an impairment of growth hormones and related other factors. The review has revealed factors contributing to the deficiencies of these micronutrients in this population. Combined zinc-iron supplementations and food fortifications have been recognized as possible strategies to solve this issue, but further studies need.

Vietnam is one of six Southeast Asian countries being at the highest risk of zinc deficiency.1 The accumulated evidence from clinical trials in Vietnam2-4 demonstrated that the prevalence of zinc deficiency in babies and toddlers was from 32% to 67%, while 52.1% of schoolchildren had zinc deficiency.5 According to the 2019-2020 nutrition report conducted by the National Institute of Nutrition (2021), 58% of under-5 children were deficient in zinc. The report also added that the prevalence of iron deficiency (ID) and ID-anemia was 19.2% and 19.6%, respectively in this pediatric population6. The studies on child development in developing countries have also shown strong associations between zinc deficiency and iron deficiency.7 Evidence shows the deficiency of essential micronutrients including iron and zinc can impair early cognitive development, reduce physical development, and increase infections.8-9 Both iron and zinc are important trace elements for the normal function of the immune system.9-10 Systematic reviews also demonstrated that the adequate presence of such trace elements in the body is strongly associated with the reduction in morbidity and mortality from infectious disease in children in developing countries11-12. Moreover, the deficiency of either zinc or iron in the body is associated with impaired development and function of the brain and nervous system including low memory, a lack of concentration, delayed cognition, and motor development.13-17 About 70 per cent of iron in the body is found in a so-called “hemoglobin”- a protein in red blood cells – carrying oxygen to all cells and tissues. Without getting enough iron, the body can experience some adverse side effects such as tiredness and even develop anemia. Zinc is related to the synthesis and secretion of growth hormones. Zinc and iron play an important role in growth hormone synthesis and secretion. The growth hormone-mediated effects of an insulin-like growth (IGF-I) factor are dependent on zinc and iron. A recent systematic review and meta-analysis of ten clinical trials demonstrated that an administration of zinc with a low dosage (≤10mg per day) for 2 months could increase IGF-1 and provide benefits in a correction to zinc deficiency-related growth failure in children, but a further investigation for its long-term effects is necessary.18 Similarly, it was shown that IGF-I concentration has an important relationship to iron metabolism and protoporphyrin synthesis in children and adolescents.19

The bioavailability of iron and zinc from dietary sources varies. Depending on the dietary iron types and the presence or absence of enhancers or inhibitors of iron absorption, the bioavailability of iron varies in different food sources. Heme and nonheme are the two main types of dietary iron. Nonheme iron is present in all foods made from plants and animals, whereas heme iron is only present in foods made from animals, primarily meat, fish, poultry, and eggs. It is estimated that 17% of dietary nonheme iron gets absorbed, while 25% of dietary heme iron does.20 For people who consume a varied diet, iron bioavailability is predicted to be between 14 and 18 per cent, while for vegetarians, it is between 5 and 12 per cent.21 As a result, the body only absorbs less than one-fifth of the quantity of dietary iron.

Similarly, it is estimated that 26–34 per cent of zinc is absorbed from a mixed or vegetarian diet based on refined cereal grains, compared to 18–26 per cent from a diet based on unrefined cereal grains.1 Children with fussy eating can be at higher risk of inadequate iron and zinc food intake. A study in Vietnam demonstrated that the prevalence of picky eating is as high as 25.3% among children under five.22 Anorexia affects not only the energy intake of children but also the deficiency of essential micronutrients.23 A recent study in Vietnam by Nguyen et al. (2021) showed that anorexia in children under 5 years old was associated with nearly 44% zinc deficiency and 21% both iron and zinc deficiency.24 As mentioned earlier, iron deficiency is associated with zinc deficiency and vice versa because iron and zinc are found in similar foods.

Additionally, the bioavailability of zinc and iron was considerably influenced by the presence or absence of absorption enhancers or inhibitors. For instance, phytate, which is naturally present in a variety of vegetables and is regarded as their primary nutritional component, significantly reduces intestinal zinc and iron bioavailability. In contrast, vitamin C can promote iron absorption but has no effects on zinc absorption.

To prevent the deficiency of iron and zinc among children, either mandatory food fortification at the population level or multiple micronutrient supplementations at an individual level should be taken into consideration. Notably, the iron- and zinc-fortified wheat flour campaign25 has been implemented in Vietnam since March 2018, but the campaign is promoted using a social marketing approach, so rarely have they reached residents in ethnic minority provinces with poor access to the internet as well as little purchasing power. Thus, further evaluations of the ability to reach the whole population through these campaigns are necessary.

In Vietnam, zinc deficiency is common in children. Association of zinc deficiency with iron deficiency has been reported in this population. This could be explained by a low intake of dietary sources of these micronutrients among children due to anorexia. Moreover, the low bioavailability of dietary zinc and iron should be also considered. Zinc and iron food fortification appeared as an effective strategy in some studies, and its feasibility for the whole population, particularly in remote areas, needs to be further investigated. The introduction of combined zinc and iron supplementation seemed to be safe and effective to improve zinc and iron status in children. Once combined, the zinc-iron molar ratio at 1:1 has been consistently reported as having no effects on the interaction between these micronutrients.

Anh Nguyen-Hoang is a Registered Nutrition Practitioner and Consultant in genomic medicine who works in the intersection of nutrition and genomics to treat and prevent chronic diseases. He serves as clinical nutrition director at Children & Women Health Centre, Edinburgh, UK. He has been honored as a Fellow of the British Association for Nutrition and Lifestyle Medicine.  His work focuses on patient-oriented research projects on precision nutrition and genomics. He is also known for the efforts to explain profound concepts in personalized nutrition and lifestyle medicine between European and Asian children.  Recently, he is leading a funded research project on nutrition therapy for long COVID. He is also elected for Ambassadorial Scholar to the Genetics Society, one of the oldest learned societies in the UK devoted to genetics, in order to promote education and research on nutritional genomics for healthcare professionals in the UK and Asia. He is a professional member of the Complementary and Natural Healthcare Council, the Association of Genetic Nurses and Counsellors, and the British Society of Genetic Medicine.

With a strong interest in teaching and academic service, he serves as the guest faculty of the European Lifestyle Medicine Organization’s lifestyle medicine certificate program for medical doctors across the Europe. As Guest Speaker at The Economist, he has participated in workshop series on nutrition, health, genomics, and mindfulness for policymakers, healthcare CEOs, and thought leaders across the globe. He has also performed as panel speaker at the Asia Summit Global Health 2021 on public health issues in Asia, organized by The Hong Kong Trade Development Council.