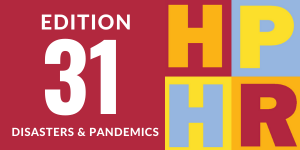 Climate Change and Neglected Tropical Diseases: The Case in Sudan

Climate Change and Neglected Tropical Diseases: The Case in Sudan

Climate change has demonstrated a threatening impact on the fight against neglected tropical diseases in Sudan, with temperatures projected to increase by 1.5-3.1 degrees. Resultant effects are increased exposure to vector-borne diseases including onchocerciasis, leishmaniasis and schistosomiasis. Strengthened surveillance systems, increased effort of vaccine developments and multisectoral initiatives are therefore considered to be mandatory to achieve the elimination of neglected tropical diseases.

Climate change in Africa remains a global threat to public health and many sectors across the globe. Food safety, water sanitation and hygiene and economic development through rising temperatures, elevation of sea levels, turbulent patterns of  precipitation and agricultural stalemates.  The fight against neglected tropical diseases in sub-Saharan African countries, including Sudan, is also at risk of compromise as a result of climate change. Rising temperatures violent changes in precipitation increasing the suitability of mosquitoes, biting insects and transmission of vector-borne diseases including schistosomiasis, onchocerciasis and leishmaniasis (1) . Temperatures in Sudan are usually in the range of 25-32 degrees Celsius but may exceed 45 degrees during the summer months, with rainfall patterns varying significantly between various states. An increase of 1.5-3.1 degrees is projected prior to 2050, which increases the exposure of the population to mosquito and insect-borne diseases, thus leading to overburdening of state and federal health systems (2).

Schistosomiasis is a family of parasitic diseases whose causative agents are species of the Schistosoma genus.  S. haematobium and S. mansoni cause urinary and intestinal schistosomiasis respectively (3).  Freshwater cercariae released from Bulinusglobosus snails act as the vector prior to penetrating the skin of the definite host when in contact with the infected water. Cercariae then mature into adults schistosomes in portal circulation before their release in urine (S. haematobium) and faeces (S. mansoni).  Schistosomiasis has the third-highest severity among tropical diseases, following malaria and ascariasis. An estimated 700 million people worldwide at risk of infection through inadequate water sanitation and hygiene, agriculture and recreational activities near lakes and rivers. Approximately 90% of over 200 million current infections in Africa (4).

In Sudan, S. haematobium is the dominant endemic species, followed by S. mansoni, with Federal Ministry of Health statistics demonstrating the majority of cases originating from Gezira State (54%), with rural primary schoolchildren at the highest risk of infection (5).

According to studies demonstrating the effect of rising temperatures on cercarial production by  Bulinusglobosus snails, a fall in production of cercariae by 8-14% was observed for every 1°C increase in ambient temperature. This may be attributed to temperature-induced mortality. Current risk profiles depict a 0.5-3°C rise in temperatures in Sudan by 2050, which may lead to decrease in cercarial proliferation by up to 60% according to this model. However, colder temperatures in post-rainfall seasons in the Blue Nile and Gezira State may increase the risk of schistosoma transmission, due to wider habitat suitability of Bulinusglobosus snails to lower temperatures. A decrease in ambient temperature by 1-2ºC increased baseline snail abundance by 27%. Baseline cercariae productions also increased by 17% (6,7).  Schistosomiasis endemicity could change drastically due to climate change in Sudan. It is thus crucial for control and eradication strategies developed by the Sudan Federal Ministry of Health to account for ecological models and appropriate socioeconomic and geographic contexts in endemic states.

In the 1980s, the elimination of onchocerciasis was thought to be an inconceivable task. However, as a result of a collaborative global effort from the World Health Organization (WHO) and multiple non-governmental organisations (NGOs) in endemic countries, cases of onchocerciasis are becoming increasingly rare.

Onchocerciasis, also referred to as ‘river blindness’ is a helminthic infection by the Onchocerca volvulus transmitted by the Simulium black fly, whose breeding grounds are in the vicinity of fast- flowing rivers. In Africa, the disease is currently found in 28 countries across sub-Saharan Africa, including Sudan, with an estimated 198 million at risk of infection. (8,9). Elimination efforts have been successful in Sudan, Ethiopia, Mali, Niger and Senegal (8). In response to the successful elimination of onchocerciasis in these nations, the WHO developed standard guidelines for data collection to verify countries’ onchocerciasis eliminations, including the collection and testing of black flies in large quantities (10). Climate change could potentially hinder these efforts. The Abu- Hamad area is the largest of three onchocerciasis foci in Sudan (11), which has demonstrated a steady decrease in mean annual rainfall and increasing temperatures since the mid-20th century (12).

Relative abundance of Simulium vectors and monthly biting rates correlate positively in drier climate characterised by higher sunshine hours, lesser rainfall and humidity and increased temperatures (13-15). For the Simulium damnosum species, an increase of monthly temperatures of over 3 degrees Celsius creates more suitable conditions for parasitic development of O. volvulus (16). To combat these adversaries, tighter surveillance is recommended to ensure elimination efforts remain unaffected. The necessity of increased vaccination development efforts must also be prioritised in Sudan’s foci of onchocerciasis.

The disease is transmitted by female phlebotomine and Lutzomyia sandflies (18,19) Sandflies do not breed in water(18,20).Their larvae develop in humid habitats containing decaying organic matter (e.g. habitats such as burrows, tree holes and caves) (18,20,21). However, in most cases, larval breeding habitats are unknown and larvae remain inaccessible to control efforts (18,20).The WHO Eastern Mediterranean Region accounts for 70% of the cutaneous leishmaniasis cases worldwide (21). Cutaneous leishmaniasis due to L.major is endemic in northern Sudan (22). Visceral leishmaniasis is highly endemic in Iraq, Somalia and Sudan (21).

Sudan reports approximately two thirds of the VL cases every year in East African countries, with most of them presumptively caused by L. donovani (23). The main area of endemicity is the southeast of the country, especially the states of Al Qadarif, Sennar, and Blue Nile on the Ethiopian border due to the Acacia forests (23,24).

Most of the affected patients by mucocutaneous leishmaniasis comes from endemic areas with visceral leishmaniasis particularly among Masalit and other closely related tribes in western Sudan (25). The numbers of the leishmaniasis cases are increasing throughout because of some factors such as the lack of vaccines, the increased parasites resistance to chemotherapy and inability to controlling vectors (26). However, leishmaniasis is climate sensitive which contributes to the disease epidemiology. Global warming and rainfall alter the distribution of vectors and reservoir (21). Unusual rainfalls can lead to emerging outbreaks while temperature fluctuations may affect the developmental cycle of Leishmania promastigotes in sandflies, allowing transmission of the parasite in areas not previously endemic for the disease (21,23,27). Drought facilitates reproduction and growth of adult sand flies (27). Additionally, drought and flooding can lead to displacement of people to areas with transmission of leishmaniasis (21).

To combat these adversities, control strategies adopted by the Sudan Federal Ministry of Health should employ tighter surveillance among displaced populations. Non-governmental organisations should also allocate increased funds to integrated vector control measures, including insecticide-treated bed nets and provision of insecticide-impregnated clothing and curtains. Development and implementation of surveillance-training programs and cost-effective multisectoral initiatives could also prove impactful in lowering incidence rates of leishmaniasis in endemic states. In Argentina, incremental cost-effective ratio was an estimated $156.46 per disease-adjusted life-year (DALY) averted (23,28).

Overall, given the projections according to the aforementioned models, the trends of morbidity related to onchocerciasis and leishmaniasis in Sudan are expected to increase and spread to states in which these diseases were not previously endemic. Schistosomiasis may become less prevalent due to the effect of increased ambient temperature on cercarial proliferation and transmission of Schistosoma to humans. Fortified surveillance efforts and a multisectoral approach are required to achieve the target of eliminating neglected tropical diseases in Sudan.

Dr. Osman Kamal Osman Elmahi, a medical graduate from Sudan, is a Research Fellow in the Department of Community Medicine, at Ibn Sina University, Khartoum, Sudan.

For any questions regarding this article, please contact Dr. Elmahi at osman19091995@gmail.com.

Fatina Medical is a student at the University of Khartoum, Sudan. She is the NTDs project co-ordinator at MedSIN-Sudan and serves as Activities Assistant at the Student Network Organization. She was an IFMSA delegate to the 74th World Health Assembly.

Hassan Khalafallah Hassan Mohammed is on the Faculty of Medicine, at the University of Gezira, Wad Madani, Sudan.