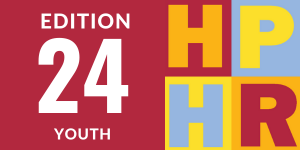 On a Monday morning in May, dark clouds loom over Geneva, otherwise a host for lovely summer weather at this time of the year. The heavily-guarded entrance to Palais des Nations, home of the United Nations Office at Geneva, is bustling with smartly dressed men and women. A bunch of young students wait excitedly and in anticipation to finally enter this 20th century building, an imposing architecture and a testimony to years of multilateral diplomacy. As one of the most active centers for international diplomacy and home to multiple international organizations, including the World Health Organization, there could not be a better place for these bunch of paladins to learn and practice health diplomacy and advocacy. We were about to witness the 71st World Health Assembly at the World Health Organization, Geneva and represent voices of more than a million medical students worldwide. The next six days would be a potpourri of emotions, from being overwhelmed at entering the majestic assembly hall to being confused in between all the meetings and events.

International Federation of Medical Students Associations (IFMSA), founded in 1951, is one of the world’s oldest and largest student-run, non-political organizations.1 It represents, connects and engages a network of 1.3 million medical students from 137 NMOs in 127 countries around the globe.[1] It engages future physicians to discuss and initiate projects, trains them with skills and knowledge needed as future health leaders and advocates for issues that matter.[1] Since 1969, IFMSA has continuously engaged with the World Health Organization (WHO) to ensure meaningful youth participation in global health governance.2 The most notable opportunity is the World Health Assembly (WHA), the decision-making body of the WHO and global arena for discussions between health agencies and states. IFMSA being a Non-State Actor in official relations with WHO, is invited every year to send a delegation of global health enthusiasts to the WHA while maintaining an equitable gender and regional distribution in the delegation.[2]

As global health is a complex topic and the WHA a quarry of confusion for first-timers, there is a need to provide high-quality training to young advocates to strengthen and refine their skill sets and advocacy efforts. The Youth PreWHA Workshop on Global Health Diplomacy and Governance (Youth PreWHA) does just that by providing a 5-day platform for students through high-quality workshops, panel discussions, keynote speeches and several formal and informal discussions. The Youth PreWHA was organized by the IFMSA in partnership with the Graduate Institute of International and Development Studies of Geneva, the joint United Nations Programme on HIV/AIDS (UNAIDS), and the World Health Organization’s Partnership on Maternal, Newborn and Child Health (PMNCH).3 PreWHA participants were divided into four different streams: AntiMicrobial Resistance (AMR), Universal Health Coverage (UHC), Non Communicable Diseases (NCDs) and Discrimination in Healthcare, to prepare them in the best possible way for the upcoming WHA.[3]

Over the next 5 days with a schedule packed tighter than a can of sardines, we witnessed 41 inspirational speakers deliver an awe-inspiring range of talks and panel-discussions to over 50 incredibly motivated students from 33 different countries of all 6 WHO regions. It started out with a keynote speech at Nomades, a Moroccan-Lebanese restaurant set in the old quarters of Geneva, by Dr. Gaudenz Silberschmidt, the Director of Coordinated Resource Mobilisation at WHO. He shared his journey from medical school to WHO, a sentiment echoing with most of us present there, and emphasized how global health is a context that requires multi-disciplinary collaboration rather than a unilateral dominance. Dr. Michaela Told of Global Health Centre, Graduate Institute kicked off the next day with an interactive session on global health governance and diplomacy at the splendid Salle Communale du Faubourg, one of Geneva’s oldest community halls, followed by an inspirational talk on meaningful youth engagement in global health by Diah Saminarsih, Advisor on Gender and Youth to the Director-General, WHO.

We learned about health systems and innovation from Dr. Ruediger Krech, the WHO Director of the Department of Ethics and Social Determinants of Health; on challenges and opportunities for NCDs by Dr. Guy Fones, Advisor and Acting Head, the Global Coordination Mechanism for NCDs at WHO; on health financing in UHC by Dr. Joseph Kutzin, Coordinator, Health Financing Policy, WHO; about Anti-Microbial Resistance by Dr. Marc Sprenger, Director of the WHO secretariat for antimicrobial resistance; on creating a sustainable health workforce by Dr. Jim Campbell, Director, Health Workforce, WHO and Secretariat for Global Health Workforce Network; and on career discovery and development by Dr. Maria Neira, Director, Public Health and the Environment Department, WHO and Dr. Diogo Martins, Policy Officer, Wellcome Trust Global Policy Team. Dr. Lucica Ditiu, the Executive Director of the Stop TB Partnership entertained us with humorous take on TB and its challenges while Michel Sidibé, the Executive Director of UNAIDS, the Joint United Nations Programme on HIV/AIDS, and Under-Secretary-General of the United Nations engaged us in an inspirational and though-provoking session on discrimination and challenges in healthcare delivery.

We learned to design an intervention to improve health coverage by Dr. Robert Yates, Senior Fellow & Director of the UHC Policy Forum, Chatham House and listened in awe to Dr. Roopa Dhatt, Executive Director, Women in Global Health and the founder of PreWHA and YouthWHA. There were lots of other stimulating and refreshing panel talks, one-on-one informal sessions and coffee-break chatter on global health that is difficult to summarize within a single article. While the PreWHA was a brief experience, it gave us insight into the enormous tasks that lie ahead for global health leaders and for us, as delegates at upcoming WHA.

On the last day of PreWHA, while we attended the “Briefing for Delegates” at the Global Health Centre, organized by the Graduate Institute and the United Nations Foundation, we realized that Geneva was ready to witness the world’s biggest health summits – the 71st World Health Assembly (WHA). Trams, usually empty, were filled with chit-chatter of global health delegates and restaurants and cafes were occupied by a diverse crowd from all around the world discussing one common issue, that of global health.

The next morning on 21st May, in a rainy weather, more than 4000 delegates from around the world assembled to witness the opening of the 71st World Health Assembly (WHA) and to discuss and deliberate, over next 6 days, on global health priorities. With an Ebola outbreak looming in the background, opening of the 71st WHA kicked off with the election of Dr. David Parirenyatwa from Zimbabwe, as the President of the 71st World Health Assembly. The opening was also marred by political controversy when Taiwan’s membership and observer status at WHO collapsed after it was voted against by member states. The focus this year was on 13th General Program of Work, the strategic document that will guide the agency’s work from 2019-2023. As WHO had previously struggled to financially secure its programs and present a funding plan, this was a major point of discussion in multiple consultations throughout the WHA. Yet, it was the call for better support of interns by Tedros Adhanom Ghebreyesus, the Director-general at WHO, that drew the loudest applause. Dr. Tedros’s commitment to better engagement of youth in global health was revealed when he told: “We must treat our interns much better than we do. Too often we use them as free labor, rather than an investment in youth, and in developing the health leaders of the future” to the thousands of delegates present at the ceremony.

Over the next few days, behind the alluring facade of Palais des Nation and its beguiling hallways, member states, non-state actors and multiple stakeholders fervently discussed on global health priorities. Keeping General Program of Work and its “triple billion” targets (1 billion more people benefitting from universal health coverage; 1 billion more people better protected from health emergencies; and 1 billion more people enjoying better health and well-being) as the pivot for all discussions, WHA witnessed a multitude of strategic priority matters such as Polio transition planning; Addressing the global shortage of, and access to, medicines and vaccines; and technical matters such as Global snakebite burden; Improving access to assistive technology; and mHealth. There were also preparations for the third High-level Meeting of the General Assembly on the Prevention and Control of NCDs and the first high-level meeting of the General Assembly on ending tuberculosis, both to be held in 2018. There were multiple engaging technical briefings happening simultaneously across the hallways at Palais, like the “Primary health care is key to achieving universal health coverage and health for all” in the lead up to 40th Anniversary of Alma Ata and 2019 General Assembly High-level meeting on UHC.

Contrary to what may appear, not all of the action was happening at Palais, the primary venue for the 71st WHA. There were numerous side-events occurring concurrently in hotel lobbies, Geneva Press Club, the Graduate Institute Geneva, International Committee of the Red Cross, Institute of Global Health, and at the WHO HQ itself. These side-events, organized by non-State Actors in official relations with WHO such as Geneva Global Health Hub (G2H2), World Health Professions Alliance (WHPA), Médecins Sans Frontières (MSF), NCD Alliance, G4 Alliance, The World Medical Association (WMA), World Bank, BMJ, Lifebox and even several state delegations, focused on themes relevant to the 71st WHA.

By leveraging the skills and knowledge gained at PreWHA and networking done at previous WHAs, IFMSA delegation amplified their presence at the 71st WHA. IFMSA presented its report on “Attacks on Medical Education” which was positively received by WHO and state delegations. IFMSA also participated in several panel discussions such as “Youth Town Hall” and “Health of Palestinians & Palestine Refugees”. IFMSA delegation followed up on previous meetings with partners, approached new partners and engaged with stakeholders at multiple levels. Most significant of all, IFMSA delegates prepared policy briefs and delivered statements under multiple agenda items during the WHA.

At one of the plenary sessions of the WHA, the WHO Director-General Dr. Tedros quoted Nelson Mandela: “It always seems impossible until it is done.” That sentiment echoed in our heads as we packed our bags to get back to our daily lives and apprehend what we had just witnessed. We witnessed global health advocacy in action, watched diplomacy happening in and outside closed doors, saw high-level discussions by eminent health leaders and organizations and evidently participated in policy making.

Engaging young students to participate in policy making and advocacy efforts is always better than the top-down and spoon-fed teaching model, traditionally employed. It empowered us to represent our opinion and voice and making sure that these are heard, discussed and taken seriously. It also produces future leaders with realistic expectations and ingenious ideas. The efficacy of current and future public health leadership depends on a genuine effort towards capacity building. Opportunities such as this where young students and trainees are exposed to global health leadership and advocacy in action provides exemplary examples of non-traditional teaching. Activities such as PreWHA are effective in improving competencies, reducing errors, aligning solutions and aggressively training future public health leaders in relevant skillsets. Simultaneously, active participation by youth at events such as World Health Assembly helps build leadership and administration skills while concurrently enhancing their understanding of policy, financing and system of global health.

As young medical students, we learned much more about global health leadership, advocacy and financing than we could have ever learned sitting in classrooms. Witnessing and participating in such events are crucial to building future public health leadership. With equal gender and regional distribution, righteous motivation and diversity of experience, opportunities like these are an essential element of expanding the competency of global health workforce.

My sincerest gratitude to International Federation of Medical Students’ Association for organizing PreWHA, supporting delegates to WHA and for giving us this opportunity. My heartfelt appreciation to all IFMSA’s delegates to 71st World Health Assembly and to my institution Kasturba Medical College, Manipal for all the support.

Ankit Raj is an intern at Kasturba Medical College, Manipal in India and was member of IFMSA’s delegation to the 71st World Health Assembly.