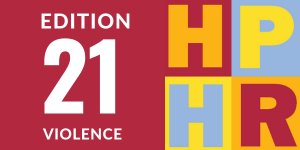 The Syrian refugee crisis has displaced more than 6 million Syrian citizens and has adversely impacted the mental health of millions of people. In the seven years since the Syrian crisis began, a generation has come of age in a war zone. Some call them the lost generation of Syrians. Nonetheless, in a crisis zone, the need for triage is constant. Thus, most organizations and institutions responding to the Syrian crisis reasonably prioritize the provision of lifesaving water, food, clothing, and urgent medical care over mental health care.

This review evaluates the prevalence of psychopathology among Syrian refugees, with a focus on post-traumatic stress disorder (PTSD) and mood disorders. On behalf of the victims of the Syrian crisis, this study calls upon all aid organizations and institutions to help in any way they can. In the near term, Telepsychiatry appears a viable option to provide mental healthcare to refugees.

As the violence escalated, Syrians fled to surrounding nations. Within one year, the United Nations High Commissioner for Refugees (UNHCR) registered nearly 30,000 Syrian refugees, with a larger unregistered population living outside of refugee camps. At the time of this writing, the UNHCR has identified approximately 13.5 million Syrians requiring humanitarian assistance. Of these refugees, 5 million are located outside of Syria and 6 million are internally displaced.

Nearly one million Syrian refugees registered by the UNHCR currently reside in Lebanon.  Lebanon hosts more Syrian refugees than any other nation in the Middle East (ILO Employment Profile, 2014). The population of Lebanon has increased approximately 25% since March of 2011. This population explosion has strained Lebanon’s anemic health-care system and economy (van Vilet & Hourani, 2014).

While some areas offer greater security, access to aid, and living conditions than do others, most Syrian refugees endure tragic conditions. About half of Syrian refugees are minors, and around 40 percent are under 12 years of age (Alpak et al., 2014). Children are fragile. They are more likely to suffer costly lifelong complications from traumatic experience than are adults.

Most organizations and governments provide prioritize medical aid and food to Syrian refugees and offer precious little mental health treatment. One contributing factor to this phenomena, besides triage training, may be a lack of data concerning the prevalence of psychopathology among Syrian refugees.

Syrian refugee children who have experienced trauma are at high risk for several mental health issues, including severe emotional disorders and PTSD (Kazour et al., 2017). The UNHCR noted that “the most prevalent mental health problems among Syrians include depression, prolonged grief disorder, post-traumatic stress disorder and various forms of anxiety disorders” (UNCHR, 2015). According to a study conducted in Islahiye camp in southeast Turkey, most Syrian refugee children have experienced high levels of trauma: almost 80 percent had experienced a death in the family; 60 percent had witnessed physical assaults; and 30 percent had suffered physical assaults and battery. Nearly half of all Syrian refugee children interviewed in this study displayed symptoms of PTSD and 44 percent of children reported symptoms of depression (Icduygu, 2015).

A study published by the German Federal Chamber of Psychotherapists estimated that as many as half of all Syrian refugees residing in Germany experience some form of mental health issue. Along with depression, the most common mental health disorder among Syrian refugees is PTSD. Yet, only one in four PTSD sufferers living in refugee camps receive treatment (Munz and Melcop, 2018). The president of the German Federal Chamber of Psychotherapists, Dietrich Munz, estimated that while 3,000 to 4,000 psychotherapy sessions are offered annually in German refugee camps, the demand might be 20 times higher. Turkish government authorities indicated that 55 percent of refugees are in dire need of psychological services, with almost half of Syrian refugees indicating that they themselves or family members require mental health support (Icduygu, 2015). Yet, it is estimated that merely 5 percent of the necessary psychotherapy is provided for refugees in Turkey, Lebanon, and Syria. The International Medical Corps (IMC) undertook a study involving IMC-supported Syrian refugee centers in Jordan, Lebanon, Syria, and Turkey. The findings of this study highlighted the severity and prevalence of psychopathology among Syrian refugees, with 54 percent of refugees experiencing severe emotional disorders and 26.6 percent of children having intellectual and developmental challenges (Almoshmosh, 2015). These studies unequivocally demonstrate the substantial proportion of Syrian refugees suffering from mental illness without adequate treatment.

On March 23, 2016, Amnesty International issued a report on the tragic situation of Syrian refugees residing in Jordan in regards to health care, stating that merely 117,000 Syrian refugees live in camps where education, health care, food, and water are readily accessible (Walcott, 2017). However, most Syrian refugees in Jordan live outside of these refugee camps and require certain government documents to access public services. Those who unofficially leave a refugee camp are not eligible to receive these government documents, leaving them without access to public services and reliant on private donors or humanitarian aid. The Jordanian government imposed new fees for refugees in November 2014, which provide them with access to subsidized medicines, but pose a heavy burden on the refugees, of which 90 percent are already living below the poverty line (Almoshmosh, 2015).

The overall accessibility, availability, and quality of mental health services provided to Syrian refugees need improvement. Non-Arabic speaking nations should train and recruit translators to national health facilities and other service delivery points. Although the World Health Organization (WHO), IMC, and other organizations are training mental health care providers in several countries, such works should be expanded to Syria and to all countries with high populations of Syrian refugees. National health budgets must allocate more money to mental health services. There is an unusual lack of mental health professionals such as psychologists and social workers in Jordan, Lebanon, and Syria due to the absence of academic psychology programs and inadequate institutional oversight. Throughout the region, there is a need to train mental health professionals in the delivery of effective and proven psychological interventions for crisis-affected populations. In addition, governments must support the long-term planning and development of mental health programs. The status quo is far from ideal. Worldwide social and financial support is necessary to provide adequate mental health care to Syrian refugees.

Telepsychiatry as a Short-Term Solution

The delivery of adequate mental healthcare to Syrians living in refugee camps is a long-term project. However, immediate options may allow healthcare providers to overcome key barriers to treating refugees with mental health issues. One such option is telemedicine, specifically telepsychiatry. Telepsychiatry leverages technologies such as voice calling or video calling to allow remote providers to perform psychiatric evaluations, counseling sessions, and group or individual therapy sessions without the risks and logistics of travel. This method of treatment overcomes several barriers, notably those of social stigma surrounding mental health treatment, access to patients, and cost. A pilot study conducted by Hussam Jefee-Bahloul in affiliation with Yale University examining the willingness of Syrian refugees suffering from PTSD to participate in telepsychiatric therapy showed that of the sample surveyed, thirty-four percent reported a need to see a psychiatrist, and among them, forty-five percent were willing to participate in telepsychiatric treatment (Jefee-Bahloul, 2014). Another recent study conducted on Iraq and Afghanistan veterans suffering from PTSD found that telepsychiatry is equally effective as is regular, in-person treatment. The study analyzed the effectiveness of cognitive processing therapy received through video calling, and this method of treatment was found to be equally as effective as standard treatment delivered in person (Maieritsch, 2016). Given the effectiveness of telepsychiatry, along with the lack of adequate mental health treatment options available to Syrian refugees, it seems that introducing telepsychiatric services to Syrian refugee camps may be a viable option to improve mental health treatment provided to Syrian refugees in the short-term. Telemedicine is a relatively new field, and there are not many studies available on its effectiveness. However, in theory, it is the most practical and applicable method of treatment in the near future to deliver adequate care to Syrian refugees suffering from untreated mental illness.

Assessment of the Impact of Syrian Refugees in Lebanon and Their Employment Profile. International Labour Organization Regional Office for the Arab States, 2014.

Ahmad Hassan is with Yale University, in New Haven, CT.