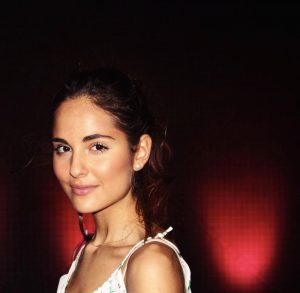 Tell me your story: the practice of medicine in narrative terms

“Language, that most human invention, can enable what, in principle, should not be possible. It can allow all of us, even the congenitally blind, to see with another person’s eyes.” (Sacks, 2010).

At medical school, we are taught how to take patient medical histories, so as to acquire the information we need to work out what may be going wrong inside their bodies, as well as what medicine might be able to do about it. The process of taking the history – we are taught – ought to be structured, a logical navigation through a series of questions that are sure to catch all symptoms, and enough of their context to provide the missing pieces in the jigsaw of diagnosis. It is quite a tall feat for language: the task rests in no small part on both the patient and the doctor’s command of words, including the ability of each participant to use them adequately to express themselves, paving the way thus for both to cross the fronter into mutual understanding.

Further, when patients share their stories with us healthcare professionals, they are not only using language to make their ailments known, but they are also painting a picture of the world as only they inhabit it. They are using the tools of grammar, vocabulary, and semantics amongst others in ways that allow them to be uniquely seen and known. Each person’s particular use of language reveals something about them beyond what the words they use themselves say. In this way, during the activity of the medical history, and in subsequent linguistic encounters, patient and doctor become engaged in the process of “reading and writing the life of the patient” (Charon, 2000), and in doing so stand not only to resolve or ease the medical problem at hand, but to forge a relationship unique amongst others.

The surgeon and humanistic writer Sherwin Nuland, based on his clinical experience, avowed the need for “everybody to be understood” (Nuland, 1994), and it is evident that in medicine, words are no small part of what bring doctors to an understanding of our patients. What then might make for an effective dialogue between patient and doctor?

First, perhaps, is to speak in a language that the patient will understand. Too often in medicine our language acts as a barrier for our patients when it should be a bridge to them. A pertinent example is when a patient cannot speak the same language as the doctor does, and the subsequent problem of lack of access to suitable interpretation services in healthcare is well-documented (Flores et al., 2003) (Mulrooney Eldred, 2018). Patients can thus be deprived of a voice, putting them at risk for suboptimal care. If both parties do speak the same language, care must still be taken so as to make sure that the doctor’s choice of words does not make for sticky communication. Medical jargon is increasingly technical, and although we as healthcare professionals may be well-versed in it, if not used judiciously and accompanied by explanations dosed as required, we stand to alienate our patients and make treatment – or more than treatment, care – much more difficult than it might otherwise be.

If we manage to master our own language, we must still make space for theirs. We must listen. Sharply and intently, whilst providing our patients with enough verbal and non-verbal cues to make them feel that we are more than just physically in the room with them – our full attention is also theirs. These points might seem obvious, but they are also the all too usual culprits of dissatisfaction with medical care. Case in point: in the UK, two of the three most common complaints to the General Medical Council are problems with communication, and a perceived lack of respect for the patient (Abdelrahman & Abdelmageed, 2017) – in which communication surely also plays a part.

So, beyond the complexities of cell biology or learning to draw arterial blood as painlessly as possible, medical education must also instil in us the humble skills of speaking and hearing. Skills that exist in the service of preserving humanity in the endeavour of medicine, as it otherwise reaches ever higher into numbers and knowledge, compounds and cures. As medical students, we should advocate and ask for this kind of education, and – I believe – do all that we can to keep alive the love and respect for humankind that brought us into this profession in the first instance. The shield of science is sturdy, but on either side of it are ultimately two human beings working towards a simple, honourable goal: being well.

Finally, I suggest that as healthcare students, we can and should also use literature to help in the task of teaching us to see with the eyes of another. Literary texts can be rich resources in training us to engage with and begin to create some semblance of an understanding of the experiences, pain and suffering of others. In the written word we have access to the patients of history, primed and ready to support us before we meet our own in the clinic. And if medicine, as I believe it does, begins with storytelling, where better than in stories already written to find a significant part of our education? Even if not on the curriculum, works of literature stand to make us kinder, better doctors.

P.S., I could not end this blog without a short list of books to recommend. So here it is:

The Death of Ivan Ilyich by Leo Tolstoy

The Plague by Albert Camus

Illness as Metaphor by Susan Sontag

How We Die by Sherwin Nuland

The Soul of Care by Arthur Kleinman