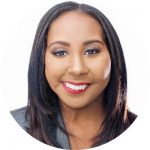 Why are we so quick to psychologise what we do not know? Women already have a history of not being believed. In many instances, women’s pain experience is too often ascribed to women’s catastrophising attitudes (Samulowitz, Gremyr, Eriksson, & Hensing, 2018), despite women experiencing enhanced pain sensitivity from most forms of experimentally induced pain (mechanical, electrical, thermal, ischemic, chemical) (Pieretti et al., 2016), higher pain levels following intramuscular injection of glutamate and hypertonic saline (non-analgesic substances), and experience pain longer (Fillingim, King, Ribeiro-Dasilva, Rahim-Williams, & Riley, 2009). Undeniably, social and cultural factors influence how pain is experienced in that boys are taught to toughen up and girls taught to seek help (Myers, Riley, & Robinson, 2003) which further entrenches unhelpful gender stereotypes. Sadly, women who sought pain relief do not get pain relief and are labelled ‘hysterical’ and ‘emotional’ because they are believed to be exaggerating their pain while men get pain relief possibly after an acceptable period of time trying to imagine the pain away, because these men are seen as ‘brave’ (Samulowitz et al., 2018). In 1990, Calderone reported the higher frequency of sedatives prescribed to women versus the higher frequency of pain relief prescribed to men post-cardiac surgery. Not much has changed since then. This damaging gender pain stereotypes account for the 13-25% of women who were less likely to receive opioid analgesia and the longer duration of wait for analgesia compared to men for the treatment of acute abdominal pain in an emergency department (Chen et al., 2008). One of the reasons it takes 6-12 (Nnoaham et al., 2011) years for endometriosis, a common gynaecological condition affecting 1 in 10 women (Zondervan et al., 2018) worldwide, to be diagnosed is the  normalisation of menstrual pain in our society. Accounting for racial factors, sadly, the false belief that Black people experience less pain sensitivity compared to whites is an idea that still persist among medical professionals in the 21st century (Hoffman, Trawalter, Axt, & Oliver, 2016).

When standard laboratory tests are within the normal range, is there truly ‘nothing wrong’? Should positive psychology be the first-line treatment for symptomatic women with normal laboratory tests? An alternative explanation would be that the standard laboratory tests were unable to measure the abnormalities caused by the disease. Mrs N is an example of a patient diagnosed with Medically Unexplained Symptoms (MUS). MUS is supposed to be a diagnosis of exclusion after all possible, necessary investigations have been exhausted, however, a female patient presenting with back pain is more likely to be diagnosed with MUS compared to a male patient presenting with the same complaint (Claréus & Renström, 2019). Compared to men, women are three times more likely to be diagnosed with MUS (Schaefert et al., 2012) especially when psychological factors coexist (Chiaramonte & Friend, 2006) thereby preventing important investigations to be explored (Claréus & Renström, 2019). For example, after a decade of being diagnosed with myalgic encephalomyelitis, another disease under the MUS banner, a patient was finally diagnosed with non-dilated cardiomyopathy with echocardiogram and cardiac MRI (magnetic resonance imaging) following my encouragement to pursue a formal diagnosis of postural orthostatic tachycardia syndrome. Being diagnosed with MUS prevented the patient’s decade-long chest pains and severe postural light-headedness to be taken seriously. The stigma associated with MUS must not be underestimated. Derogatory terms such as ‘frequent flyers’, ‘thick folder patients’ are common monikers for these patients and unfortunately, the medical profession is responsible for the propagation of this stigma. This uninspiring narrative prevents the best medical care that these patients deserve (Greco, 2012).

I also cannot stress enough that patients find the terms ‘psychogenic’ (Ding & Kanaan, 2017) or ‘MUS’ offensive (Marks & Hunter, 2014) as the terms are seen to imply that the symptoms they are experiencing are fictitious in which a psychiatric or psychological treatment would be first choice. The term MUS further propagates the dualistic view of the mind and body – in which if the disease cannot be proven to originate from the body, it must be from the mind (Marks & Hunter, 2014). More acceptable terms are ‘Persistent Physical Symptoms’ and ‘Functional Symptoms’ (Marks & Hunter, 2014; Ding & Kanaan, 2017) as it says exactly what it is on the tin and does not try to assign a psychological cause to the symptoms.