To Heal a Mocking Bird


Black Healthcare Hesitancy and Its Impact 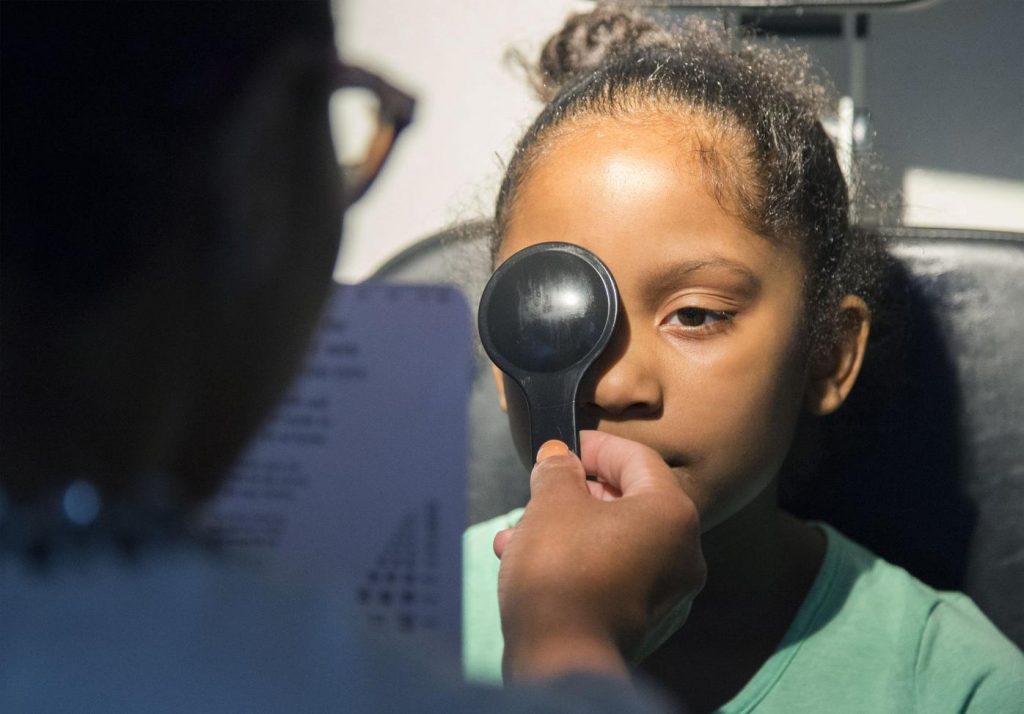 It was the early 1980s when Angela Braden was diagnosed with Conjunctivitis by a trusted local doctor. Everyone in the neighborhood who went to that doctor’s office relied on his services—and he was well liked in the low-income community where his practice thrived.

Angela: “In the 80s, you had these clinics in the African American community who saw everybody for everything.”

Like today, many African American people were relegated to the medical providers that would accept cash and/or payment plans to reduce their out-of-pocket costs. Seeking those who provided this style of care within their proximity due to being uninsured or underinsured was equally as common.

Angela’s mother, Margie, battled through the hurdles of poverty and Jim Crow in the South. Still, she managed to secure a job teaching grade school in the city of Houston.

As far as Margie was concerned, it was her job to quickly tackle anything that came between her children and their academic success.

After her visit to the local doctor, young Angie had a prescription that was sure to clear up the condition in a matter of days.

When the pinkeye persisted, (even spreading to both eyes), the school nurse became concerned and sent word home that further medical attention might be necessary. The nurse recommended a Black ophthalmologist whose office was located in an African American neighborhood.

Angela described the Black ophthalmologist as a tall, handsome, gentle Black man who was well put together, wearing high-end glasses and fancy shoes.

It would take a bit more to impress Angela’s mother, and after hearing an unfamiliar diagnosis called, ariitis, Margie was headed for the providers in the big, shiny building over town for a closer look at her daughter’s condition.

Angela: “My Mom immediately wanted to take me to the Medical Center. She wanted another opinion. My mom’s family was also concerned, sharing strong sentiments of distrust for the Black doctor I was seeing.”

Angela clearly recalls the discussion around the issue among the adults in her family at the time. ‘When your child is experiencing something serious like this, you don’t go to no n[explicit] doctor.’

Angela: “The mistrust of the doctor extended further with the Black doctor. They didn’t trust him mainly because he was Black. Soon thereafter, conflict arose among her parents. My dad wanted my mother to settle down and just trust him.”

Although one side of Angela’s family overwhelmingly did not trust the Black provider, she pleaded with her mother to continue seeing him for her care.

Angela remembers being devastated at the thought of going to a different doctor after they’d built up such a positive rapport. She just couldn’t understand why his color continued to be a topic of discussion among her family.

Soon, 10-year-old Angela’s protest became immutable, and she pleaded with her mother to continue seeing him for her care. She recalled her argument.

Angela’s mother was convinced. She agreed to allow Angela to keep her care and treatment in place.

Flicker of Faith in the Dark

Researchers have long studied the unique intersections between African Americans and their religion, spiritual expression and physical and mental health.

Surrounding Angela’s medical challenges were multiple, cultural elements–seemingly all competing for the family’s commitment and confidence.

Pentecostal-style prayer, fasting and other spiritual healing rituals held just as much (or more) validity among certain members of the family as did visits to the doctor and adherence to medical treatments.

While Angela’s mother never stopped praying for her and pulling her by the collar to church services where she’d hoped to witness her daughter receive a divine miracle through the, “laying on of hands,” she also ensured that Angela never missed a doctor’s visit and stuck to her treatment plans.

There were times when Angela was sure it was only a matter of time before the God she heard about every Sunday would restore her vision.

It was about a year and a half into her treatment plan when Angela went away on a 5th grade camping trip.

Angela: “I was walking into every hole, falling in every puddle, tripping on every rock—and being swiped by every tree limb that was hanging low. I just wasn’t seeing at all. It got so bad, they had to call my parents to come and get me, and the first place we went was my doctor’s office.”

As the inflammation in Angela’s eyes worsened, it was clear that the steroid drops that had become steroid injections  weren’t working to clear up the condition.

After checking her eye pressure for the first time—up, down and side to side, the doctor slowly rolled back in his stool and shared news that would permanently change the lives of this family.

He paused and looked at the parents standing before him and broke their suspense.

“Angela now has glaucoma, which is a silent thief of vision. It’s become obvious that there has been some vision loss. It is not recoverable, and she needs to have immediate surgery.”

This was the final straw for her parents, who prior to this moment were never made aware of the dangerous potential side effect of steroid shots directly into their child’s eyes over an extended period of time–blindness.

Angela: “My mom immediately got me away from that doctor [who happened to be black].”

Back at the dusty medical office where key signs of Angela’s glaucoma were missed, the doctor’s wife filled the role as exclusive secretary while there was just one nurse handling all the patients who came into the office each day.

After he delivered the news of Angela’s condition, Margie managed to quickly obtain a referral to a world renown specialist at the nearby teaching hospital she wished she’d gone to from the start.

Angela: “Along with the White doctors came the newer technology, the cleaner offices, the nicer neighborhoods. It wasn’t just about Black or White. It was location and quality of materials they were using. Once I got over to the Medical Center, we’d get in the elevator and ride up to the 20th floor where the nicely dressed team would greet us softly behind a front desk.”

After Angela’s first exam with the high profile physician at the teaching hospital, he notified the family that the child’s eyes were in terrible shape. It was the specialist’s opinion that Angela was suffering from a severe case of glaucoma (that should have been detected sooner), bilateral cataracts, and had developed serious scar tissue from uveitis.

The teaching hospital was a different experience for Angela. As a 13-year-old child experiencing severe glaucoma, she became the topic of a number of periodicals as her case was considered unusual.

Angela became accustomed to groups of students and doctors alike gathering around her during her medical appointments as students observed her, taking notes while she was leaned back in the exam chair.

Angela: “Because of the resources and the environment, it just felt like the White doctors were more competent.”

Mockingbird: “Looking back, as an educated woman at this point in your life, do you think it was the [Black] doctor’s fault that you developed glaucoma?”

Angela: “He likely didn’t have the information, tools, and maybe even the necessary training to [properly] treat me. Many Black doctors didn’t have equal access to training like many of the White doctors did at that time. If I had gotten to the Medical Center sooner, I may not have lost my eyesight—at least not all of it.”

While there have been strides made in the quality of education available to Black students across the board, statistics in recent years have shown that Black schools continue to serve as the primary training ground for Black doctors.

Today, African Americans attending medical school is still a rare sight for eager eyes. According to the Association of American Medical Colleges, the proportion of self-identified Black students in medical school rose just 2.1% across a 36-year span  (between 1980 and 2016).

From Clinic to Court (to Case Closed)

Over a 3-year-period, Angela went on to have 12 surgeries performed attempting to preserve her eyesight. Unfortunately, these surgical interventions were deemed ineffective—it was too late.

As Angela’s vision continued to fade, her parents filed a lawsuit with the county against the Black doctor who they believed was responsible for the total loss of her sight, while the White doctor from the Medical Center agreed to testify against him—which was unheard of.

Mockingbird: “Did your experience impact your perspective of Black medical providers?”

Angela: “…From that point on, I refused to go to a Black physician…”

Mockingbird: “And what ever came of the court case?”

Before the time came for Angela’s expert witness to testify in her case, he committed suicide. It seemed Angela’s case had seen its last spark of light—and so had her eyes.

Centers for Disease Control and Prevention

Journal of the National Medical Association

Physicians for a National Health Program