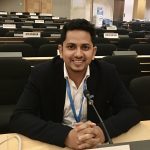 Bihar and Public Health: An Introduction

The peculiar events, characters, and institutions that will be the subject of one-half of this blog series belong to a non-descript region in the eastern part of India. Non-descript not because it has no distinct qualities, features, or people but because years of government apathy, listlessness by people, and rotten institutions have brought it to its current heartbreaking state.

I am talking about Bihar, an agriculture-dependent state of India that borders Nepal to its north. Its landmass of 94000 sq km is equivalent to the country of Hungary, while its population is an astronomical 99 million compared to 9.8 million of Hungary. The population is what defines Bihar, among other things, for its residents may not even be aware of how dense it is. If Bihar was a country, it would rank 12th on the list of countries with population, sandwiched between Japan and Ethiopia. However, when ranked by GDP, it would be 72nd on the list, right below Sri Lanka. I can only hope that this makes it clear why am I putting so much emphasis on one particular Indian state. Despite its massive population, comparatively minuscule resources, and infinite problems, for some reason, that we may explore in successive blogs, it often skips national and international media’s attention. Lots have been written on India but no one bats an eyelid for Bihar- the land that gave Buddhism to the world, and now sheepishly escapes attention.

It is lost in the narrative designed by lenses of west-led academicians, institutions, media, and diplomats. It has plenty of poverty to show- if that’s what attracts funds and news coverage these days. A few organizations working on the ground- but most of them suffer from fund crunch or lack of recognition. The place is hot, dry, dusty, and humid. There are homes with televisions and smartphones but no quality medical care. Its citizens occupy top echelons of government, bureaucracy, academic institutions, and IT industry- nationally and internationally; but have ironically failed to transform the faith of their own state. On top of that, it is dense. Like a can of sardines. People scramble for resources in everyday life. All of it makes it a highly unbearable place for outsiders to work. And insiders have already emigrated. As such Bihar suffers at its faith and is now left at the mercy of those who stayed back to fill the potholes of decades-long dysfunction.

Bihar has the lowest GDP per capita in India. On health indices, it has consistently performed poorly. Year after year, it shows poor performance on low birth weight, sex-ratio, TB treatment success rate, and quality accreditation of public health facilities. It shares the double burden of unreliable public health institutions and severe deficiency of the healthcare workforce. Either there are constantly unfilled vacancies at various positions- from midwives to physicians, or there are complaints of delayed, poorly compensated, or even unfilled payments. Even before the COVID-19 pandemic hit, Bihar regularly faced local outbreaks of encephalitis every summer and year-round sporadic outbreaks of Dengue.

A convenient way of getting to know a place is to find out how people behave. Where suitable, private health facilities have filled the vacuum generated by shoddy public health facilities. It is fairly common for a person from Bihar to seek the best available private medical care for any illness or disease plaguing him. These physicians running individual or group-based private clinics, nursing homes, and small hospitals are mostly good people. Many of them provide medical and surgical care equivalent to any physician or hospital from around the world- with the latest techniques, guidelines, and facilities- and at an affordable cost. Some of them go on to earn the kindness of their patients and achieve undisputable local fame and success. But there are lots of bad fish. And they have spoiled the pond.

As such, COVID-19 has dealt a lot of bad cards to Bihar which was already playing a bad hand. This pandemic has exposed the loopholes mentioned above and many others that were hidden so far from the public and experts alike. In this blog series, we will look at misinformation, distrust, stigmas, unhygienic practices, government’s apathy, ill-trained workforce, unempathetic physicians, apathetic bureaucracy, corrupt practices, and a system plaguing with problems. But we will also look at a few good practices that could be replicated in similar low-resources settings and the grit of every individual in Bihar that thrives despite all challenges. The scenes playing out in rural Bihar require in-depth analysis, strategic reforms, and the support of the international community.

“Life is not always a matter of holding good cards, but sometimes, playing a poor hand well.” – Jack London