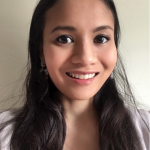 Sharing with you some of my favourite books on women. Previously, I have briefly discussed long COVID and its relationship with ME (myalgic encephalomyelitis) here which summarises the incongruence in what is deemed as effective ME management within the medical and scientific community and the disbelief in patients’ symptoms. But what if a doctor gets ME? In the first book that I am recommending, we follow the journey of Dr Hng, an acute physician who did not believe in the ME prior to her illness. This book is a great starting point for clinicians to understand ME from the perspectives of a patient and to learn more about the science. Dr Hng and colleagues had also recently founded Doctors with ME, a global professional organisation for medical practitioners and scientists in ME research, which is also a great resource for those interested in the latest scientific discourse. The second book delves into the complex diagnosis of endometriosis and its impact on women, the little funding accorded to endometriosis research and the gender pain gap. Both books follow my article on “How Hubris and Misogyny can Affect Patient Care” here.

The last book in the list is a book is the sequel to Dr Amanda Brown’s first book “The Prison Doctor”, which focuses solely on the women in HMP Bronzefield, the largest women’s only prison in Europe. According to Dr Brown, “Female offenders are some of the most vulnerable people within our society. Women make up just five per cent of the prison population of England and Wales, and the vast majority are imprisoned for non-violent offences, and are often sentenced for a matter of just weeks at a time. Many of them are caught in a vicious cycle of domestic violence, drug abuse and homelessness.” This book is an important reminder of our privilege and how as medical doctors and healthcare professionals we must go beyond judging these women for their “poor life choices”.

M.E. and Me: A Doctor’s Struggle with Chronic Fatigue Syndrome 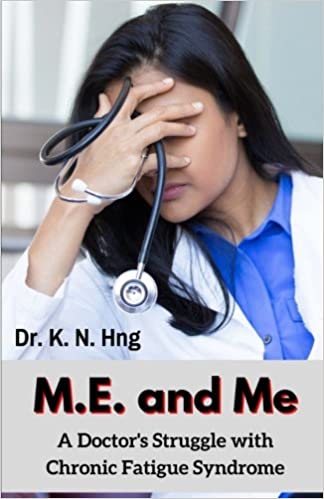 “What happens when a doctor gets Myalgic Encephalomyelitis / Chronic Fatigue Syndrome? Join this British doctor on her heart-wrenching and eye-opening journey. “One night shift, I just couldn’t drag myself off the chair in the office. My whole body had turned to lead.”⠀⁣

“HEARTBREAKING… VIVID IMAGERY… Your story will enlighten many who question the existence of ME.” Dr. Suresh Chauwan, Consultant Neurologist.

“For the first time I feel like this is a serious illness.” Dr. Deepak Nama, Consultant Respiratory and Acute Medicine.

With humanity, wit, and links to a variety of resources, this little book is the ideal launch pad for health care professionals learning about ME.”

Pain and Prejudice: A call to arms for women and their bodies 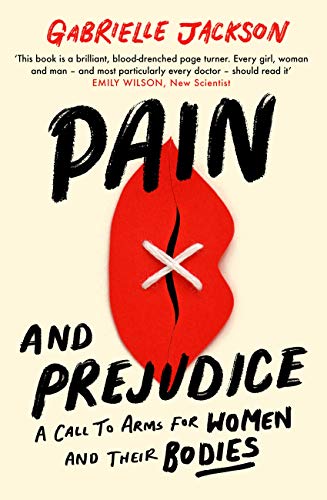 “One in ten women worldwide have endometriosis, yet it is funded at 5% of the rate of diabetes; women are half as likely to be treated for a heart attack as men and twice as likely to die six months after discharge; over half of women who are eventually diagnosed with an autoimmune disease will be told they are hypochondriacs or have a mental illness. These are just a few of the shocking statistics explored in this book.

Fourteen years after being diagnosed with endometriosis, Gabrielle Jackson couldn’t believe how little had changed in the treatment and knowledge of the disease. In 2015, her personal story kick-started a worldwide investigation into the disease by the Guardian; thousands of women got in touch to tell their own stories and many more read and shared the material. What began as one issue led Jackson to explore how women – historically and through to the present day – are under-served by the systems that should keep them happy, healthy and informed about their bodies.

Pain and Prejudice is a vital testament to how social taboos and medical ignorance keep women sick and in anguish. The stark reality is that women’s pain is not taken as seriously as men’s. Women are more likely to be disbelieved and denied treatment than men, even though women are far more likely to be suffering from chronic pain.

In a potent blend of polemic and memoir, Jackson confronts the private concerns and questions women face regarding their health and medical treatment. Pain and Prejudice, finally, explains how we got here, and where we need to go next.”

The Prison Doctor: Women Inside: Stories from my time inside Britain’s biggest women’s prison 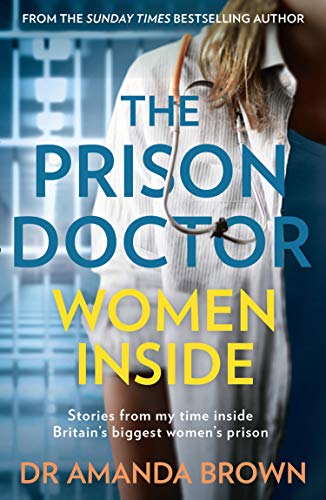 “Insights into the world of a Prison Doctor, this time taking us deeper into the walls of Bronzefield, the UK’s biggest women’s prison.

From the drug addicts who call Amanda ‘the mother I never had’ to the women who’ve pushed back at domestic abuse, to women close to release in their 70s, who just want to stay in the place that they’ve always known, these are stories that are heart-breaking, harrowing and heart-warming. Amanda listens, prescribes, and does what she can. After all, she’s their doctor.”