Mandating the COVID-19 Vaccine Part I

With the Delta variant on the rise, and unvaccinated people making up the majority of hospitalized cases, government officials and private companies are looking to implement mandatory vaccine policies for employees (2). President Biden recently announced that federal workers will soon have to display proof of vaccination or comply with mask regulations and regular covid testing. The state of California and New York City are rolling out similar state and city mandates (2). According to the President, the Justice Department stated that such mandates are legal for the protection of public health. He has also called upon states to offer cash incentives using leftover funds from the American Rescue Plan.

Companies such as Disney, Walmart, Netflix, Google, and Facebook are also rolling out strict vaccine mandates for employees to come back to work. Some articles are reporting that exceptions may only be made for people who have medical exemptions and that companies are exploring ways to protect these employees (3). Before the mandate, the companies were suggesting and incentivizing employees to get vaccinated.

Dozens of major professional healthcare associations issued a joint statement calling for all healthcare and long-term care organizations to mandate vaccinations for all employees to protect patients (4) after it was reported that many healthcare providers are refusing to get vaccinated. Countries such as Australia, Britain, France, and Greece have already mandated vaccines for many healthcare workers in both the public and private sectors (5).

While it seems that most authorities are heading in the direction of mandates, many are pushing back. In the private industry, for example, many baseball players have been outspoken about vaccines as a personal choice that should not be infringed. Still, more than 70 percent of professional players in the National Football League (NFL) and the National Basketball Association (NBA) have received at least one dose. The Major League Baseball Players Association Executive Director bluntly stated that while players are encouraged to receive their vaccines, they will not be mandated. Despite the lack of mandates and the deafening silence of professional men’s sports players on the issue of vaccines, there remain stringent restrictions on unvaccinated players. For instance, the NFL requires unvaccinated players to get tested daily and wear masks at team facilities (6).

Perhaps a more stark pushback to COVID-19 vaccine mandates has been from state governments. As of July 29, over 119 state bills have been introduced and seven have been enacted in seven states (Montana, North Dakota, Utah, Arizona, Arkansas, Tennessee, and New Hampshire) to prevent employers from imposing vaccine mandates on their employees (7). Similarly, 63 bills to ban school mandates have been introduced and 15 bills have passed with five additional states compared to the employer bans (Oklahoma, Alabama, Florida, Indiana, and Ohio). Finally, 14 states have enacted legislation banning the use of vaccine passports or any other standardized documentation to certify immunization statuses for individuals. Of note, Governor DeSantis of Florida has been publicly outspoken about mandates in schools and hospitals, despite publicly endorsing the efficacy and importance of the vaccine in preventing serious complications from the virus (9).

According to some experts in the field, there is a legal precedent for vaccination restrictions. Conversely, there is also precedent for laws restricting mandates (10). The Justice Department released an opinion stating that these mandates are legal even if the vaccine only has emergency use authorization and not full regulatory approval from the Food and Drug Administration (FDA) (11).

In Part II of this series, we will discuss some of the issues brought up around mandating the vaccine. We will also look at what full approval means for the vaccines and whether booster shots are on the horizon. 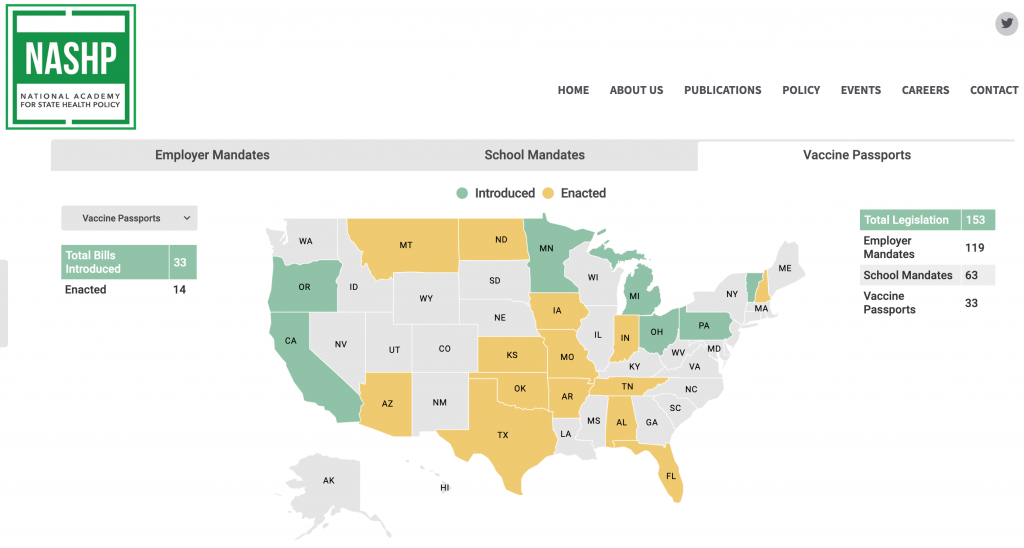 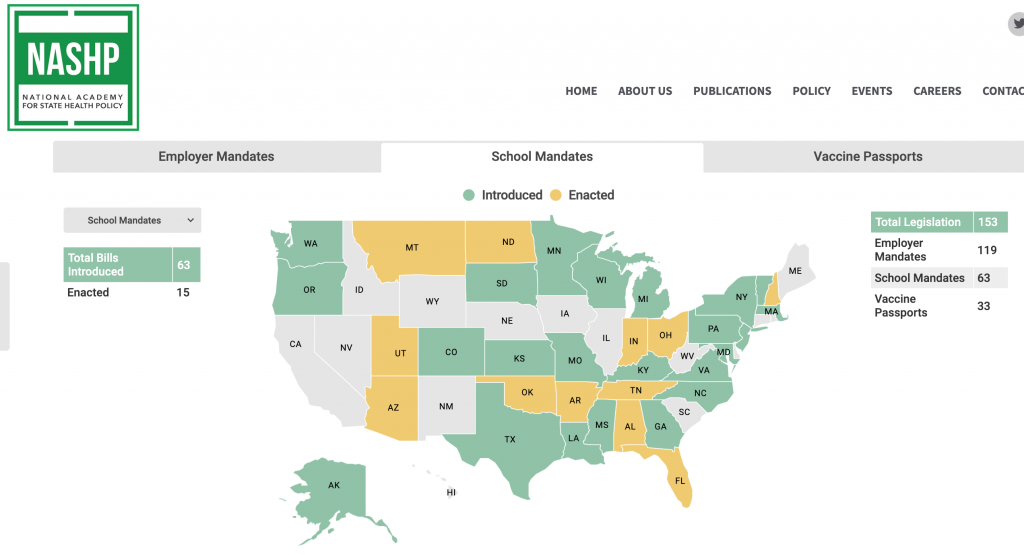 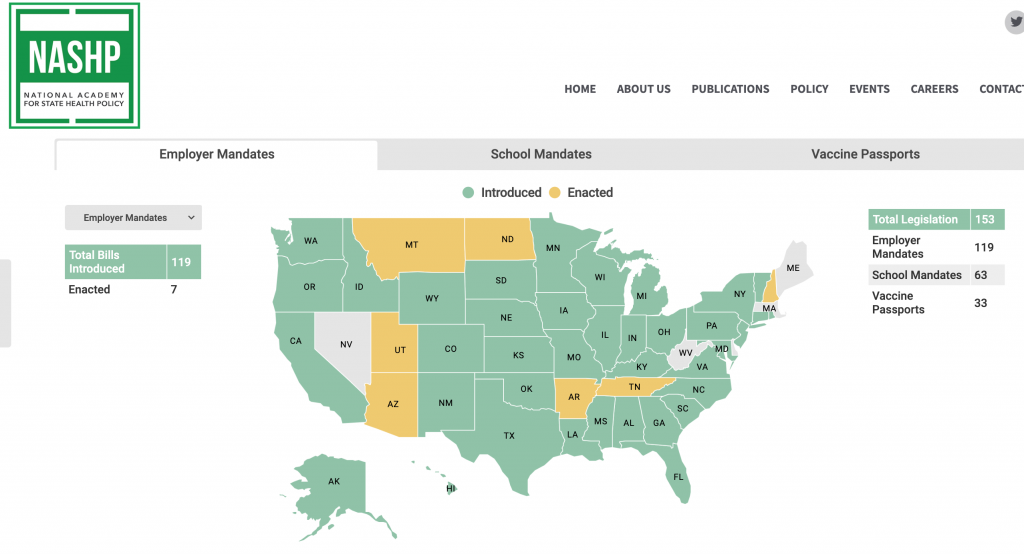