Representation in Office:
Why It Matters to Public Health 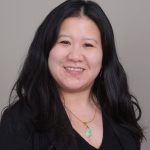 Representation in Office: Why It Matters in Public Health

Flash forward to 2016. I graduated law school. I had completed an immigration law clinic where I was able to help someone successfully complete their application for permanent residence status.  I wanted to get involved. That determination led to my appointment to serve as a commissioner with the Salem Human Rights Commission and a Commissioner with the Oregon Commission on Asian and Pacific Islander Affairs. That was a start, but I felt something was still missing.

In 2018, I decided to run for city council. I was tired of the politics and decisions being made without consideration of community input. No one thought I had a chance. I had a team of four people, with two who really worked on my campaign. Every day, I knocked. I walked the pavement. Going door to door. I am the one of less than 10 person of color and first API to sit on the city council. As I learned, just because I now was in this position, I still stood alone when voting. I listened to the community. I spoke out, advocated, and called on fellow councilors to vote with me on local issues. The temporary relocation of the Salem public library. Sit-lie ban on our unsheltered community. Calls for police reform and holding police accountable. Often, I was the sole vote. But here is the thing – I stuck to my principles. Even though I did not have the votes and was outnumbered. I stayed true to my values and in hearing community concerns.

Politics is tiring. Yet, politics is also important. People in office make decisions on our behalf and we must be engaged with the process – from voting leaders into office, to advocating to support (or not) a policy that will become law, to holding elected officials accountable for their actions. Who represents us makes a difference even when we do not realize it. Elected officials make decisions about you and your community, affecting you from your residence, to your neighborhood, to the very city you live in. It is vital that you are engaged – whether you run for office, support some else for their campaign, be appointed to a board or commission, or write or visit with elected officials, you hold the key to making a difference. Your voice, matters.