Pakistan Life Savers Programme: Making a difference with a pair of hands 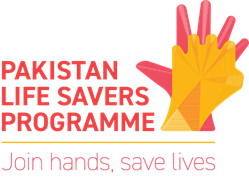 The Parken Stadium in Denmark a long-standing witness to the loud cacophony of noises that erupt on each side from within it. It has housed major football matches and live music concerts. On Sunday, however, for a few minutes it witnessed something ominous – a tense silence as Christain Eriksen, the Danish football player collapsed and went into cardiac arrest. The medics rushed to the scene and his team surrounded him, choking back their tears. The lead physician, Dr. Boesen immediately started CPR. Although it seemed like an eternity, in less than ten minutes, the stadium erupted with cheers again as a visibly conscious Eriksen was taken to the hospital.

It did not take long for the news to spread like wildfire. Optimistically, it also saw another hashtag on Twitter that trended worldwide, namely #CPRSavesLives. The hashtag may have transpired after Eriksen’s arrest but the story of resuscitation dates back centuries. Indeed, it is contained even in a fifteenth-century Persian manuscript. The Persian scientist and physician ‘Nafīs ibn-e Iwad al-Kermanī’, nicknamed ‘Burhan-ud-Din’ published ‘Al-Asbab wa al-Alamat’, (roughly translated as ‘Signs and etiology of disease’) around that time. In the chapter on cardiology, Nafis noted that if a patient was found pulseless then the following should be done: “If the patient had weak pulse or pulseless and yellowness, shake him, stimulate and move the arms and the left side of patient and compress the left side of his/her chest” (Dadmehr et al., 2018).

In 1960, a three-page manuscript in the Journal of American Medical Association became a turning point in the field of medical resuscitation. The landmark article paved the way for CPR to become common practice not only amongst healthcare professionals but also by laypersons (Kouwenhoven et al., 1960). Indeed, the authors passionately advocated for bystander involvement in the article by stating ‘Anyone, anywhere, can now initiate cardiac resuscitative procedures. All that is needed are two hands.’ In 1966, CPR guidelines were officially adopted by the American Heart Association and in 1972, the first mass training program began in Seattle certifying 100,000 people.

CPR is perhaps the only timely intervention that can improve survival in the case of cardiac arrest. Moreover, developing countries are in dire need of processes such as CPR to improve survival as it is a cost-effective and simple procedure that can save lives. Indeed, in a country like Pakistan, there are two main threats to Pakistani lives – sudden cardiac arrest and severe bleeding in cases of trauma. Tragically, this affects the ‘bread-earning age group’ (15 to 44 years of age) that make major contributions to the economy.

First aid training (including CPR and bleeding control) is conducted in schools and colleges amongst many developed countries including the USA, UK, Denmark, Germany, Singapore, China, and Japan. However, it is rare to find life-saving skills in the education curricula in developing countries. Consequently, the rate of bystander intervention is almost non-existent and mortality from cardiac arrest and severe bleeding are high. In February 2020, Pakistan took up an unprecedented nationwide initiative– Pakistan LifeSavers Program (PLSP) to address these issues (SAMAA, 2021).  PLSP is a partnership that brings together healthcare institutions from all over Pakistan with the mission of training 10 million Pakistanis in CPR and bleeding control in 10 years. The partners include Aga Khan University (AKU), Ziauddin University (ZU), Dow University of Health Sciences (DUHS), National Institute of Cardiovascular Diseases (NICVD), Jinnah Postgraduate Medical Center (JPMC), Aman Foundation, First Response Initiative of Pakistan (FRIP), Mukhtar A Sheikh Hospital, Multan (MASH) Shaheed Mohtarma Benazir Bhutto Trauma Centre, Edhi Foundation and Rescue 1122.

I have had the unique privilege of working as a Research Associate and Program Coordinator at Aga Khan University where PLSP was launched. The process has enabled me to work with physicians from all over the country to develop training materials and curriculum for PLSP. In just over a year, the PLSP curriculum has been officially undertaken by the Federal Government of Pakistan to be taught in schools all over the country. This echoes the advocacy of the European Resuscitation Council that, in 2015, emphasized the training of school children in CPR.

PLSP has become a means for the relevant experts to join hands and look for solutions to a common problem. The high mortality from cardiac arrest and severe bleeding affect everyone in the field – it is not easy to see patients die when simple procedures can save their lives. PLSP gives us a fighting chance to change this – using only our hands.