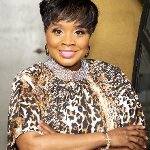 Welcome to my blog on “Advancing Black Feminism in Public Health.” My goal is to move black feminism from the margins to the center of public health by applying 10 key principles as legitimate and comprehensive frameworks for adequately addressing health threats and related social and structural determinants of health in the lives of black women and girls.

In this blog, I highlight the significance of principle no. 2 (of 10):  Address internalization and justifications of controlling images in advancing black feminism in public health. I define controlling images as socially constructed actions, words, and symbols used to objectify groups of people in ways that justify acts to marginalize, dehumanize, and disenfranchise them. Internalization manifests when vulnerable people see themselves only as depicted in controlling images and embrace stereotypical behaviors associated with those images.

As I reflect upon controlling images for black women and girls in public health, I am reminded of the pearl-clutching moments that ensued after Dr. Maya Angelou’s death, when several media outlets sensationalized what Dr. Angelou had previously revealed in her autobiographical accounts: times when she was a prostitute and a madame.

Among the many related conversations, I was drawn to those who were shocked as they contemplated, “How could this ‘black lady’s’ legacy include ‘jezebel’ behavior?”  Still others questioned the validity of these labels all together, and a third faction admonished the media’s exploitation of her untarnished reputation in black history, especially during our mourning period after her death.

I honored her life by re-visiting several of her poems and books that had inspired me since childhood. While I had recited “And Still I RISE” many times, it wasn’t until this 2014 recitation that I unearthed a deeper, more personal meaning within the context of controlling images. My previous interpretation of this poem centered on a people rising against slavery and civil injustices. Now, as a black feminist in public health, I believe Dr. Angelou was rejecting controlling images and judgmental people as she defended her sex work, and other deviant life choices.

“You may write me down in history with your bitter, twisted lies. You may trod me in the very dirt. But still, like dust, I’ll rise.”

Dr. Angelou’s poem reminds us that we have a duty to examine bitter and twisted lies in search of the truth about the conditions, choices, and consequences associated with making decisions externally labeled as deviant behavior, including but not limited to, engaging in sex work. In the case of Dr. Angelou, the lack of appreciation for her struggles as a poor adolescent and 20-something-single mom really threatens to distort history and her authentic truth.

“When we neglect to address the bitter, twisted lies about our sexual self, we contribute to the perpetuation of negative controlling images that harm our collective quest for healthy intimate relationships. Dr. Angelou was brave enough to own her truth in all its chapters. It is not our place to rewrite or sanitize her life story.”

One of the ways I chose to confront controlling images for black women in public health in my own research endeavors was to take on an “outsider-within” status to literally hang out on the streets with women engaging in sex work in the evenings and on the weekends in drug-infested communities. It was during these observations and encounters that I saw first-hand the bitter, twisted lie that “downlow” behavior (black men who have sex with men and women) were responsible for the spread of HIV to suburban, middle-class, monogamous black women. In fact, it was one of my key research informants, “Punkin”, who put the bitter, twisted lie about “downlow” behavior into perspective during one of our field debrief encounters:

“I be laughing at ya’ll ‘cause Oprah got ya'll looking out for the down low. What ya’ll need to look out for is the low down. See they got ya’ll scared to tell the truth. I just wish ya’ll could see that he addicted to sex, and I’m addicted to drugs, and you addicted to the lifestyle he affords you, so we all tied up in this together.”

I took Punkin’s advice to further examine the phenomenon of “low down behavior” seriously, as evidenced in an excerpt of my original 2001 dissertation field notes (see below).  After careful observation, I realized that the men Punkin referred to as “low down” were “heterosexual black men in committed, monogamous relationships, but continue to have sex with sex workers and other women”.

“Several cars tend to frequent the rooming houses at the lunchtime and evening hours. I observed license plates from various suburban counties throughout the metropolitan area. The men often have wedding bands and drive luxury automobiles, substantiating these women’s claims that their clientele consists mainly of middle-class married men from other neighborhoods. Some men come in work uniforms, while others come in business suits, particularly during the lunch hour. In walking past the cars parked along the street, I observed car seats, children’s toys, and book bags, all signaling that many were family men with careers and families who had no clue about the lunch-time and after-work sex-stops these men made. It is difficult to tell whether they are buying sex, drugs, or both. If they are regulars, they may request a woman they know in the house. New customers quickly ask the house manager for a woman willing to do certain sexual acts, or he may request a woman who has particular physical features. For example, he may ask for a “redbone”, which is a lighter skin African-American woman. Others prefer “big tits” or “big legs”. In any case, the manager’s role is to seek out girls with the requested physical attributes, as well as those willing to perform the requested sexual acts. Money is exchanged before the customer proceeds to the room. If he wants to get high or drink, he is responsible for supplying these items.”

In pursuit of scientific rigor, I triangulated my direct observations of “low down behavior” with interviews with women I saw engaging these men in their sex work (see below for more details). Through observation and conversations, my findings resist the bitter, twisted lie that down-low men bear the brunt of the burden for the continued spread of HIV to heterosexual black women. The women I encountered during my “outsider-within” observations were unique in appearance, age, and approach. But what was clear is that all five had sexual relations with heterosexual black men, thereby, indirectly connecting the sex worker with the wife or wifey-type. Their collective experiences confront the bitter, twisted lie about who is at risk for HIV/STDs directly and indirectly .

After reflecting upon these women’s unique ways of embracing their sexual selves, it humored me to think of Dr. Angelou’s poetic clapback at people who didn’t see women like herself and these women as capable of attracting suburban, professional, high-earning men as clients. Dr. Angelou embraces body positivity as she challenges those who judge her in a stanza of “And Still I Rise” where she asks the perplexed observer of her sexuality:

“Does my sexiness upset you? Does it come as some surprise that I dance like I've got diamonds at the meeting of my thighs?”

In an effort to address bitter, twisted lies in public health, health equity allies must take a leadership role in legitimizing research agendas that explore new thoughts about obstinate health problems. In my professional opinion, the most effective methodology for deconstructing controlling images as part of the research process is ethnographic research that encompasses direct/participant observation, in-depth conversations, geographical mapping, and rapid surveys. Ethnographic methods, coupled with a phenomenological paradigm and grounded theory, provides a scientifically rigorous platform for shaping a standpoint authentically gleaned from marginalized voices in public health.

Controlling images for black women permeate clinical settings, where perhaps the most dangerous bitter, twisted lie is the one that lies deep within healthcare providers who don’t see themselves as being influenced by controlling images in their health practices. Serena William’s childbirth maltreatment, Dr. Susan Moore’s death after a white doctor dismissed her complaints of pain, and Audrey Lorde’s taking control of her own cancer treatment research are but a few examples of how controlling images for black women are reflected in everyday clinical and public health practices. As health equity activists, we must advocate for stronger clinical guidelines on diagnosis and treatment protocols that must be adhered to regardless of a patient’s status. In an effort to eradicate discriminatory medical practices stemming from unaddressed controlling images, we must demand enforcement of punitive measures relative to the power status of those implicated in repeat patterns of health inequities, in order to dismantle racism from within our healthcare system.

In seeking appropriate ways to share my research findings on the interconnectedness of the  controlling images of  “the black lady” and “jezebel”, I fully understood the need to engage effectively with both. Thus, I chose to collaborate with organizations serving black women and girls, where I would encounter modern-day versions of all 5 controlling images. I repurposed my rigorously gathered, in-depth interview data and meticulously documented fieldnotes into monologues. Then, I hired actors to perform for civic, sorority, faith-based, and community-based organizations, in order to drive awareness about how diverse groups of black women’s lives are interconnected, through leveraging actor-performed monologues to voice the lived experiences and stories of women from my research. Follow my blog so you don’t miss any examples of these monologues! They appear in my discussion of principle no. 8 for advancing black feminism in public health (Balance Rigorous Research and Evaluation with Responsible Application).

As scholars and activists, we must be truthtellers in correcting all shapes, forms, and manifestations of the bitter, twisted lies that persist as controlling images in public health. We must be bold in confronting health prevention, promotion, and intervention programs that perpetuate controlling images and contribute to rotten health outcomes. We owe the women and girls forced into sex work a brave safe space to address the bitter, twisted lies and we must develop nonjudgmental interventions that honor their dignity. While we may have made a different personal choice, as black feminist, we have a duty and responsibility to advocate for health equity, pay equity, and nonviolence for those who choose to pursue sex work. We have a shared responsibility to apply our intellectual capital in ways that shape the research agenda and narratives about black women and girls’ behavior in ways that protect from victim-blaming and slut-shaming.

As scholars and activists we must rewrite the bitter, twisted lies that marginalize; and instead, we must create safe and brave spaces for truth-telling to reject controlling images.