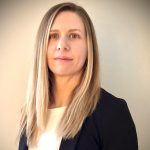 The mail-order bride industry has been categorized under terms such as cross-border marriages or transnational marriages. This phenomenon is characterized as a pattern where men from wealthier countries, usually Western industrialized nations, seek out women, for marriage, from low-income (Balistreri, Joyner, & Kao; 2017; Lu & Yang, 2010). The mail-order bride industry is a multi-billion-dollar industry, filled with agencies that offer men the opportunity to marry women from Asia, South America, and Eastern Europe (Chun, 1996). These agencies seek financial gains through the exploitation of women who are marginalized for their race and socioeconomic factors (Chun, 1996). These women usually migrate from countries with economic disparities such as widespread poverty, lack of employment opportunities, depleting living standards, and lack of education; often, these women are at the bottom of the social hierarchy (Chun, 1996; International Organization for Migration, 2019).

Women from these countries are often marketed as exotic beings: subservient to men, submissive, and as embodying traditional values (Chun, 1996). Collectively, this marketing reinforces negative sexual and racial stereotypes, impacts power dynamics, and can ultimately lead to abuse (Chun, 1996).  Mail-order brides can face many barriers such as cultural differences, changes in life patterns, and new social norms, all of which can negatively impact their mental health. Specifically, they can develop feelings of hopelessness, depression, anxiety, and various other mental health disorders (Shu, Lung, & Chen, 2011; International Organization for Migration, 2019). Furthermore, women are often susceptible to mistreatment due to power dynamic imbalances, lack of financial support, and an inability to escape abusive situations (Chun, 1996).

Legal regulations in the United States often provide greater control to husbands, leaving woman immigrants in a vulnerable position. Examples include controlling the wife’s immigration status, having a 2-year conditional status period, requiring the woman to initiate divorce to qualify for a hardship waiver, and providing a narrow hardship waiver that gives women little chance of actually qualifying for permanent residency—barriers that lead to many immigrant women avoiding government agencies due to fear of deportation (Chun, 1996). Furthermore, according to the Immigration Act of 1990, women are required to produce a high burden of evidence of physical battery or extreme abuse to be allowed to receive a hardship waiver (Chun, 1996).  Immigrant women may not seek mental health services or have the financial stability to seek out these services.

To combat such issues, the United Sates developed legal responses, such as requiring that international marriage agencies comply with the International Marriage Broker Regulation Act of 2005 (IMBRA).  The IMBRA came to fruition due to the murders of Samantha Blackwell, in 1995, and Anastasia King, in 2000—women who were both mail-order brides on K-1 visas who were murdered by their husbands (Seattle Times, 2006).  The act requires agencies qualifying as international marriage brokers to give the mail-order bride background information on the U.S. client, including a criminal background check.  The act also requires agencies to give all mail-order brides a copy of the Legal Rights Available to Immigrant Victims of Domestic Violence in the United States and Facts about Immigrating on a Marriage-Based Visa pamphlet. This pamphlet explains the legal rights in the United States of immigrant brides and services available if they were to become victims of domestic violence (U.S. Citizenship and Immigration Services, 2005). Even though women receive this pamphlet at the initiation of the K-1 Visa interview, there is no guarantee they have the literacy capability to read and understand the pamphlet. Furthermore, the IMBRA itself is not failsafe. For example, the U.S. Citizenship and Immigration Services does not have access to all criminal histories of U.S. citizens, sponsors may not be truthful on sponsorship applications, or the U.S citizen may have a pattern of unreported abusive behavior (U.S. Citizenship and Immigration Services, 2005). While regulations have been in place to protect women that are in transnational marriages, often these legal restrictions shift the power dynamics into the men’s favor. Migrant women often agree to transnational marriages for a better life, but this is not always the case. Regulations need to be developed that shift the power back to the migrant women. Furthermore, more resources and services need to be made readily available to migrant women, not just those receiving a K-1 visa, and focusing on ending intimate personal violence in transnational marriages. Also, there is a need for more current research and advocacy on this public health issue.

United States Citizen and Immigration Services (2005). Information on the legal rights available to immigrant victims of domestic violence in the United Sates and facts about immigrating on a marriage-based visa. Retrieved from: https://www.uscis.gov/sites/default/files/document/brochures/IMBRA%20Pamphlet%20Final%2001-07-2011%20for%20Web%20Posting.pdf