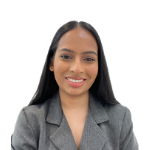 Call the Midwife-A Netflix Must Watch!

There are lots of movies and T.V. shows about health and medicine. I’m sure you have watched some of the well-known ones like Grey’s Anatomy, Scrubs, House, or E.R. I’ll admit, I haven’t watched any of these simply because I’m always (over)thinking of the level of medical accuracy or lack thereof. These shows, and many others, have what I like to call “movie magic.” Take, for example, a classic scene where a patient is rushed into the hospital with a life-threatening condition, undergoes major surgery, and is fully recovered in the next scene in less than two minutes. Most of the time, and dare I say, rarely, does it happen like this in real life.

After hours (yikes) of browsing through Netflix, I came across Call the Midwife and was instantly hooked. Call the Midwife is a drama series set in the East End of London during the 1950s and 1960s. It is based on the memoirs of Jennifer Worth and follows a newly trained midwife, Jenny.

If you are going into the field of women’s health, midwifery, or obstetrics and gynecology-this show might be of interest to you. I have learned a lot, and almost in every episode, there is something that intrigues me and prompts me to do research.

There are lots of reasons why I would recommend this show, but here are just a few. And before you read any further, I do have to say that there are spoilers mostly around midwifery practices.

First, the show focuses on childbirth and pregnancy and the practice of midwifery as being a woman’s job. Throughout history, we have seen how obstetrics and gynecology have shifted to a field dominated by male physicians. In this show, women (nurses and midwives) provide maternity care, and only in extreme cases they relied on doctors who were male physicians.

Second, there is some level of medical accuracy, which I was pleased about. Medical accuracy is essential, especially in media, because this is a source of health information for some populations. Entertainment media exposes the public to positive and negative health messages that may influence individual’s thoughts, actions, perceptions and beliefs. Dramatization and other “movie magic” effects can lead viewers to misconceptions about health issues. This is why I think it is imperative that there is an active effort to use disclaimers in entertainment media. From a quick Google search, I learned that Call the Midwife has a medical advisor who reviews the scripts for medical accuracy and offers insight on medical procedures. I also appreciate the intentional use of dialogue between the characters to explain medical jargon.

Third, the drama highlights changes in medical practices and techniques. An example of this is when Chummy (one of the midwives) delivered a breech baby successfully. During that time, medical technology isn’t as developed as today; today, the breech baby would most likely have been delivered by Cesarean section. The Thinking Woman’s Guide to a Better Birth by Henci Goer is a book that I am currently reading and ties well with topics discussed in this show. In the second chapter, Goer discusses how Cesarean section can increase maternal risk and does not remove the risks of breech birth. This also got me thinking about current obstetric management in the United States. Breech babies can be born vaginally, yet Cesarean sections are usually the first option that is recommended. Could this possibly be a contribution to the high rate of C-sections in the US?

Fourth, Call the Midwife highlights major public health issues during the 1950s and 1960s in London. Some of these issues include  poverty, child labor, stigmatization relating to sex work, poor health infrastructure, poor housing and living conditions, and lack of access to maternity care. These are issues that are still prevalent today.

Lastly, Call the Midwife is indeed a drama series! Aside from all the health related material, it is filled with funny moments, intriguing characters, and heart-wrenching stories.

With that said, everything in this show is not medically accurate or some of the practices may be outdated. As you watch the show, I urge you to research using trusted sources and consult trained medical professionals for the most accurate information. If you are passionate about the field of obstetrics and gynecology as I am, I am sure you will enjoy this show. Regardless of your interests, Call the Midwife is a must watch!