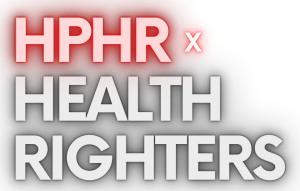 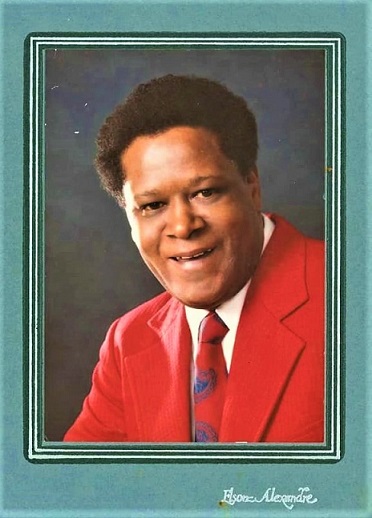 The birth of a child is the rebirth of a mother. It is a monumental life event for a woman. He was a legendary doctor who was present at this monumental event with mothers, welcoming new life, only about nine thousand times!

Under the bright lights, I can see the blurry images move around me, around the operating table still sedated, under spinal anesthesia. It all seems surreal, until I hear his booming and reassuring voice, “June, here’s your little baby boy. He is okay, and I will make sure he is okay.” I feel overwhelmed and glance at the pink, bald, crying baby that he shows me and gives him to the nurse. I feel relieved. He is in good hands, the best hands. It would be quite awkward and uncomfortable for most women for their mentor and boss perform surgery on them, a C-Section in this case, and deliver their baby.

This was no ordinary mentor, boss, and person. Dr. Robert X. Williams, M.D, Obstetrician/Gynecologist was a larger than life person and doctor who delivered more than eight thousand babies in rural Alabama in the 1970’s and 80’s, including mine. He deeply cared for his multitude of patients mostly at the John A. Community Hospital in historic Tuskegee, Alabama and in the surrounding clinics and hospitals. It was a time when Black American women in rural Alabama had many challenges in receiving quality medical care for maternal health. Pregnancy-related deaths were significantly higher than the national average. The many health care disparities which existed continue to pose challenges even to this day.

I was a newlywed who had just graduated with my medical degree from the prestigious Madras Medical College, India, completed my internships, and had moved to the United States. My parents were faculty members at Tuskegee University, and we stayed with them as new immigrants as I was preparing for my medical board exams and volunteered at the local John Andrew Community Hospital, assisting the doctors and medical staff there.

The transition to life in a new country and environment was much harder three decades ago. The dramatic global changes, especially technology, has eased and equalized the culture shock now in many ways.

My first meeting with Dr. Williams was memorable. He was a tall and towering gentleman with a majestic presence. His Physician-Surgeon’s assistant, Dr. Arvind Patel, M.D, who was also from India, introduced me to him. Although his aura was a little intimidating, Dr. Williams immediately made me feel at ease and invited me to come and observe them work together and indicated that it would be a good learning experience. So, I followed them, observed, and helped in patient care. When Dr. Patel left for his residency training, Dr. Williams offered the Physician/Surgeon’s position to me. We met with the Alabama Board of Medical Examiners and I received my license to work under his supervision. I had no idea how the experiences would impact my life forever. It was even more unusual, since we were from two very different worlds, in so many aspects, but he embraced me as a mentee in the most professional and caring way.

Dr. Williams was raised by his grandfather, who was a farmer. He first attended Tennessee State University, followed by Meharry Medical College in Nashville, Tennessee. He later joined the U.S. Air Force and rose to the rank of Lt. Colonel. He served at the bases in Grand Forks, North Dakota and Blytheville, Arkansas, where he became the first Black hospital commander.

He made the remarkable decision to move to an economically disadvantaged rural area in Alabama where great health care needs existed, and without much personal financial benefits. His commitment was to provide high-quality health care for Black women who were unable to get the essential maternal care. More than 80% of pregnancies were high-risk. Common conditions included preeclampsia, anemia, and hypertension. There were many uninsured and underinsured patients who paid what they could, and he never turned patients away for their inability to pay for services. His entire family helped in his practice: his wife, Mrs. Rita Williams, managed the administrative and business aspects.

I had the honor and privilege of working closely with Dr. Williams for six years. I watched up close in awe, his professional excellence and brilliance. I witnessed his skilled surgical hands save lives and the attentive and thoughtful care of every patient and her babies under his care. The effortless way in which he handled difficult deliveries and performed complicated procedures and major surgeries was truly something to see. There were many rare cases, which seemed like true medical miracle outcomes. On some days, we worked almost all day and night, with hardly any breaks. His trust and confidence in me helped me to learn lessons which were priceless.

In 1987, John A. Andrew Hospital closed due to financial reasons not unlike many rural hospitals, leaving many vulnerable patients without care. While his busy private practice and clinics continued to remain open in Tuskegee, deliveries and surgeries had to be performed at Bullock County Hospital, Union Springs, Alabama about twenty-five miles from Tuskegee.

Dr. Williams was up nearly every morning, driving back and forth in his pick-up truck for miles in three rural counties. “Hold the fort, June. I will see you later,” he would often say and wave at me as he left to do his hospital rounds. He was exhausted but totally dedicated and worked hard and gave everything he had. He had a great sense of humor and would occasionally show that side. “When I retire, I will let you young people take over, and play golf and travel.” Unfortunately, those wishes did not come true.

July 13, 1988 was a dark day. At the age of 53, Dr. Williams had a massive heart attack and died in the operating room, with his surgical gown and gloves on as he was performing a hysterectomy at Bullock County Hospital, Union Springs, Alabama. A colleague, Dr. Judy Jehle was flown in by emergency helicopter from a Montgomery hospital to complete the ongoing surgery. It was one of the most devastating times of my life and feel the huge personal loss even today. The profound commitment of Dr. Williams to his patients to the very end, was incredible.

Even as time goes by, someone still stops me and reminds me that they or their loved one was delivered by Dr. Williams. His memories and legacy are kept alive, as he is part of thousands of personal stories. I will always be grateful for him being part of my story, an extraordinary mentor and friend.

Dr. June C. Samuel is the Founder and Executive Director of Serene Light Inc., a Non-Profit Volunteer-Network Organization, in historic Tuskegee, Alabama. Dr. Samuel served as the Director of Student Health Services at Tuskegee University. Has served in leadership roles in HIV/AIDS Education Programs on National and State Levels, including Liaison for NAFEO, UNCF “HOPE” Health Education Programs. She received her Medical Degree from Madras Medical College, India. She received her Master’s degree in Counseling and Student Development from Tuskegee University, and Health Education Certifications. Continues to actively work with Civic and Community Organizations in the US, serves on Community Boards, recipient of many awards.