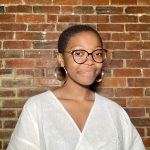 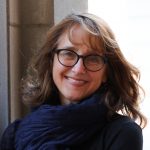 By Amy Ojeaburu and Caroline Light

This article was co-authored by Amy Ojeaburu, a sophomore at Harvard College, with whom I was fortunate to collaborate this summer on a project on Gender, Race, and Self-Defensive Gun Violence. Amy led the effort to (1) assemble an archive of legal cases in which women or transgender people used guns to defend themselves against their abusers and (2) decipher the different ways in which states adjudicate self-defense cases involving domestic or intimate partner violence. Taken together, Amy’s work sheds light on the multiple gaps in our nation’s celebration of armed self-defense and the way women of color are criminalized when they try to “stand their ground.”

To exist at the intersection of multiple minoritized identities is to be perpetually criminalized, even in the context of your own victimhood. We can see this tragic logic in action when women of color try to defend themselves against men they know. Such was the case when Maddesyn George, a 28-year-old Indigenous woman, killed her rapist in 2020. She shot him with his own gun, claiming she was defending herself, only to be sentenced to six years in prison. Her case illuminates the manifold hypocrisies through which self-defense, justifiable homicide, and Second Amendment “rights” are adjudicated.

In heated confrontations, who is allowed to “stand their ground” and meet force with force, and who is expected to retreat? As people acquire more guns, and as states lose the power to regulate firearm use and carry in the wake of the Supreme Court’s New York State Rifle and Pistol Association v Bruen decision, we are likely to witness an increase in armed confrontations  between civilians. Our legal system approaches the adjudication of defensive violence with a series of considerations that purport to make the subjective objective; to apply the law equally while accounting for the complex emotional and physical considerations that drive a person to take another life. One of those burdens is the duty to retreat, which requires that a person first try to retreat from an attack before using force in defense of self. The one exception is the “castle doctrine,” which allows the use of deadly force, without retreat, if one is attacked in one’s home.

The previously ubiquitous obligation to retreat has been removed from the self-defense statutes of 38 states, resulting in what are known as “stand your ground” laws, allowing residents to meet force with force in any place where they may legally be. In justifying these amendments, legislators drew upon fears of mandated helplessness against criminal strangers, evoking scenes where law-abiding citizens are forced to run from malicious, often armed, assailants. Many exploited racialized fears of female vulnerability, claiming that increased access to firearms and fewer restrictions on self-defense would protect women from violent criminals. But even in states with stand your ground laws, the duty to retreat still remains in place for many, especially those most vulnerable to violence.

While the language of self-defense laws appears to be race and gender-neutral, the duty to retreat is unevenly imposed. When laws are interpreted against the backdrop of entrenched settler colonial hetero-patriarchal violence—sanctioned and perpretrated by the state—epistemic neutrality is illusory, concealing manifestations of structural oppression. The question of who has the duty to retreat, then, is one not only of location, but also identity.

A member of the Confederated Tribes of Colville in Washington state, Maddesyn George is a single mother who has struggled with substance use. Kristopher Graber was her drug dealer, a 43-year-old white man with a criminal record, who raped her at gunpoint in his home. After waiting for him to fall asleep, George fled with his gun, some cash, and several grams of methamphetamine. The next morning, Graber entered the Colville reservation, shotgun in hand, in search of George. Finding her in a car, he began to yell at her, pounding on the window. Witnesses described Graber as “dangerous,” and noted that “it don’t bother him to beat the living shit out of a woman. He’s known for that.” George fired a single shot, hitting Graber in the chest.

The complex factors of Maddesyn George’s life and identity that coalesced in that fatal encounter also placed her outside the legal system’s reckoning of victimhood. As an Indigenous woman with a felony conviction for drug possession, and as a survivor of prior abuse, George had little faith in the legal system, nor did she expect police to protect her from harm. As a person struggling with addiction, George was inextricably linked to her dealer. The shooting took place against the backdrop of a crisis of Missing and Murdered Indigenous Women (MMIW)—in which 5,712 Indigenous women went missing in 2016 alone—exacerbated by state inaction and police indifference to gender and sexual violence against Indigenous women. Although George reported her rape to the police, she was not offered a rape kit, nor was she provided the chance to consult with an attorney.

Since the incident took place on Indigenous land, George was indicted for Graber’s death in federal court, where she could not invoke the state’s stand your ground legal precedent. Prosecutors characterized her as a violent thief and Graber as a man simply trying to recover his stolen property. In spite of a sympathetic judge who believed George’s account of sexual assault and who cited Savanna’s Act and the Not Invisible Act in her plea for leniency, George received a 6-year prison sentence.

If Maddesyn George exists beyond the margins of normative victimhood, then Kyle Rittenhouse occupies its center. Armed with an illegally obtained semi-automatic rifle and what he felt was his duty to protect private property, Rittenhouse killed Joseph Rosenbaum and Anthony Huber and injured Gaige Grosskreutz at a protest of the 2020 police shooting of Jacob Blake. In the ensuing trial, Rittenhouse claimed that he had feared for his life in each encounter. Rittenhouse, who was 17 at the time of the shooting, was initially charged with unlawful possession of a dangerous weapon, but the charge was later dismissed by a judge. His other charges included two counts of homicide and one count of attempted murder. After the judge ruled that Rittenhouse’s three victims could be referred to as “looters” and “rioters,” the narrative arc of the trial became clear. Instead of a law-breaker who brought a military-grade weapon to a peaceful protest, thereby instigating the hostile encounters, Rittenhouse was characterized as a well-intentioned young man forced to exercise his Second Amendment rights to defend himself against threatening criminals.

The divergent outcomes of Maddesyn George’s and Kyle Rittenhouse’s cases raise crucial questions about the uneven distribution of “gun rights” in the context of justifiable homicide. In spite of widespread approval of armed self-defense, the duty to retreat remains in place for many. The law’s hypocrisy is especially stark for survivors of intimate partner violence (IPV). Women comprise approximately 9% of homicide suspects and are more likely to kill in the context of repeated physical and sexual violence. These confrontations often take place in a home the survivor shares with her abuser. While the home is the one place in every state where defensive acts do not require an initial retreat, case after case shows that the castle doctrine does not apply to women who resist violence from their largest statistical threat: men they know and often love.

Provisions aimed at bridging this protection gap are present in the statutes of only twenty-two states, and these stop far short of justifying defensive force against abusers. Most laws require women to provide active protective orders, which can be difficult to obtain without further provoking abusive partners. Beyond that, these provisions still do not remove the duty to retreat for women who defend themselves against cohabitants. While proponents of stand your ground laws claim the laws make law-abiding citizens safer, they have done little to prevent IPV survivors from being criminalized when they resist their abusers. Further the laws amplify existing legal burdens on other vulnerable and criminalized populations.

In the years since his acquittal, Kyle Rittenhouse has become a hero of the reactionary, insurrectionist Right, inspiring a third-person shooter video game called Acquitted and making appearances on conservative podcasts. Maddesyn George will spend the next six years of her life incarcerated, separated from her young child. In these outcomes, one simple truth crystallizes: universal “gun rights” for self-defense is a myth. And the illusion of that protection exacts a disproportionately high toll on this nation’s most vulnerable populations.