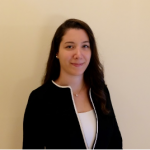 Lebanon is the largest host of refugees per capita in the world. It is estimated that Lebanon hosts about 480,000 Palestinian refugees,1 1.5M Syrian refugees, and about 15,000 refugees of other nationalities.2 Refugees in Lebanon have a high incidence of people with disabilities. While about 10-15% of the Lebanese population has physical, intellectual, or mental disabilities, refugee populations have slightly higher percentages. For example, between 10-22.8% of refugees from Syria are estimated to have one or more disability.3

Refugees and Persons with Disabilities (PwDs) are considered two of the most marginalised groups in healthcare worldwide, including in Lebanon. Healthcare and rehabilitation services are often inaccessible for PwDs in Lebanon.3 Moreover, the healthcare system in Lebanon is fragmented, whereby refugees of different nationalities access different services through different healthcare providers.4 These factors exponentially increase refugee PwD’s difficulty in accessing healthcare services.

The barriers discussed below are based on a participatory research study conducted by the Arab NGO Network of Development in collaboration with the Issam Fares Institute.5 The study included a mixed-method (quantitative and qualitative) approach with five informal groups of refugee PwDs. The majority of participants were Syrian refugees (82.8%), followed by Lebanese (10.7%), and Palestinian refugees (6.5%) from Syria, all based in the Bekaa and North Lebanon governorates.5

The study showed that financial difficulty is the most common barrier for accessing healthcare for refugee PwDs (indicated as most common barrier by 78.5% of respondents).5 Unemployment rates, and consequently poverty rates, are high among refugees and PwDs in Lebanon. More than 80% of Syrian refugees or Palestinian refugees from Syria (PRS) who participated in the survey reported being unemployed.

In Lebanon, there are no anti-discrimination laws or policies to include PwDs in work institutions. Vocational trainings for PWDs which match with labour market needs are not available either. Together, this results in the exclusion of PwDs from the labour market and increases their poverty levels.3

Moreover, 57% of Syrians and 80% of PRS in the study chose a lack of free healthcare service provision as their second most common barrier to accessing healthcare services. The Ministry of Public Health (MOPH)’s primary healthcare centres provide some acute medications free of charge for Syrian refugees and vulnerable Lebanese, however, permanent medications for chronic cases are not provided free of charge and require out of pocket payments.6

About 56% of respondents stated that there is limited availability of specialised rehabilitation services in Lebanon. In addition, protection issues7 act as a key barrier deterring refugees from accessing the available services. Refugee PwDs often feel unaccepted as a result.

Major protection issues reported include exclusion from services, financial exploitation, and psychological violence. Albeit less common, refugee PwDs also reported physical and sexual violence as well as gender discrimination. About 36% of Syrian PwDs who participated in this study reported their lack of trust in the system as a barrier to accessing healthcare services.5,6

Physical and information reachability are two commonly reported barriers to accessing healthcare services among refugee PwDs in Lebanon. Many health centres were reported as inaccessible by PwDs due to structural barriers, such as lack of ramps and elevators, in addition to a lack of staff trained on dealing with PwD cases.5

The same study showed that there is a lack of awareness among PwDs about the services available to them. This shows that adequate information about available services is not being provided to them. Most respondents reported that the information they receive about services is through word of mouth within their community and not from official groups, healthcare centres, or organisations.5

Inclusive employment programs for refugee PwDs in Lebanon must be considered an essential action. Providing groups with equal opportunities in the labour market will alleviate many of the social and health problems that refugee PwD face in Lebanon. Need-based social protection programs must be implemented in an equitable manner and include vulnerable groups of all nationalities in the country.

On a health system level, a scheme for supporting vulnerable residents in the Lebanon is required. Rehabilitation services and chronic medications must be provided free of charge. Increased donor support and shifts to sustainable financing methods at the MOPH and refugee UN agency levels will help the healthcare system financially support this expansion.

There is a critical need for increasing the availability of specialised services. Moreover, trainings for healthcare staff on the appropriate way to deal with PwDs are essential.

Protection laws across all sectors, including healthcare are desperately required, and adherence measures must be put in place and complied with. This would ensure protection for PwDs and eventually increase their trust in accessing services.

A code needs to be put in place to require structurally accessible means for PwDs to physically access healthcare centres – such as ramps and elevators.

Finally, the MOPH, healthcare providers, and organisations, in collaboration with community leaders and communities, should launch an awareness campaign for PwDs about the available healthcare services and their rights to care. The campaign can be via social media, SMS messaging, and printed material to ensure an efficient coverage.