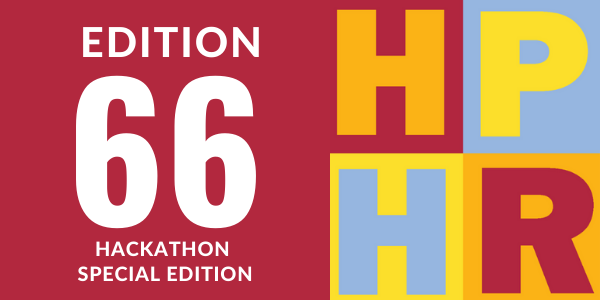 Ramcharran S. Vitamin D and mirror pop-ups as prophylaxis against the overuse of amputation in black americans with diabetic foot injury. HPHR. 2022;66. 10.54111/0001/NNN3

The epidemiologically-informed placement of pop-up sites where visitors can receive a long-lasting bolus dose of Vitamin D and examine their feet with mirrors has high potential to be an effective measure for protecting Black Americans with DFIs from facing expensive, debilitating amputations.

In the U.S. Black Americans continue to be disproportionately afflicted with diabetes compared to other racial/ethnic demographics.1,2 Our hospital systems have demonstrably endangered and disabled Black Americans with diabetes through increased use of amputation procedures as the primary treatment for diabetic foot injury (DFI), including ulcers and infection.3,4 In White patients, revascularization procedures to attempt limb salvage are more frequently attempted first.3,4 This is still true when presenting with the same severity of condition as their Black counterparts and to hospitals with the same capacity to perform such procedures.4 Even when controlling for those variables as well as insurance status, socioeconomic status, and comorbidities, being Black alone increases the odds of undergoing DFI related amputation by 78%.4

Amputations necessitate lengthy hospital stays for post-operative wound care, and Black Americans face longer length of stay than their White counterparts when recovering from surgical DFI treatment.3 This prolonged immobilization increases the risk for developing blood clots, embolism, pressure ulcers, and reduced circulation to the healthy limb. Understandably, amputation is highly undesirable amongst patients because of the extended hospital stay and lifelong disability it carries, which impede financial and emotional well-being. And while reversing the systemic racism engrained in health care’s many dimensions is outside the scope of this essay, public health’s modus operandi has always been prevention. If we cannot yet ensure that Black Americans will receive equitable surgical treatment of DFIs to their White peers, we can try to prevent their needing surgery with two simple tools: mirrors, and vitamin D.

Using mirrors to check for foot ulcers, injuries, or excessive dryness is a common recommendation for diabetic patients. Simply enough, early identification allows early management. In fact, the CDC reports that offering regular foot exams could prevent up to 85% of diabetes related amputations.5 As for vitamin D, NHANES data from 2011-2012 showed Non-Hispanic Black Americans make up “39.3% of the vitamin D deficient population of the U.S., compared to only 16.5% of the vitamin D sufficient population.”6 Commonly accepted values for measuring vitamin D status in patients are summarized in Table 1.7 25(OH)D refers to the precursor we convert to usable vitamin D in the body.

Vitamin D’s role in upregulating insulin synthesis, secretion, and sensitivity, and in protecting insulin-secreting cells is well documented and visualized in Figure 1.6,8

Although the precise mechanism has not yet been confirmed, the relationship between vitamin D and improved DFI outcomes has been illustrated extensively. Improved wound healing is hypothesized to be the result of vitamin D’s anti-inflammatory properties, which were demonstrated in a 2017 randomized, double-blind, placebo-controlled trial of biweekly large dose (50,000 IU) supplementation in patients with Wagner grade 3 (see Table 29) diabetic foot ulcers for 12 weeks. Compared with placebo, those in the treatment group saw a significant reduction in ulcer length, width, and depth.10 Significantly decreased concentrations of serum inflammatory markers hs-CRP, ESR and plasma MDA, as well as HbA1c, were also noted.10  Another study following 176 people over 21 months found “among the patients […] who either required amputations or died, 97.44% had subnormal vitamin D levels in contrast to 59.18% in those who were grafted or achieved wound healing (P=0.001). Among those who achieved wound healing within 6 months, 78.9% had normal vitamin D levels (P=0.0006).”11 The vast majority of the patients who experienced amputation or mortality had Wagner grade 3 or 4 ulcers/infections.11 Several meta-analyses also agree that vitamin D can hasten DFI wound healing most likely due to its role in reducing inflammation, promoting cellular remodeling, mitigating infection, and at least modestly improving glycemic control.12,13,14

Vitamin D supplements are recommended by hospitalists and PCPs managing diabetes, but daily lower dose (1500–2000 IU) vitamin D supplementation is often unsuccessful in reversing deficiency due to poor compliance. A 2014 meta-analysis of thirty manuscripts on less frequent, larger vitamin D doses pointed to a hopeful alternative.15 It reported “a dose of 200,000 IU of vitamin D3 increased mean 25(OH)D concentrations to >30 ng/mL for up to 16 weeks in adults with type 2 DM.”15 The authors also found that the increases in 25(OH)D concentration “occurred safely in a majority of individuals; no adverse effects were noted at doses <200,000 IU of vitamin D, and many studies found no adverse events at up to 500,000 IU of vitamin D3.”15 A recommendation of oral 300,000 IU vitamin D3 approximately three times per year was published based on similar safety and efficacy findings for bolus doses.16

To protect against the overcorrection of vitamin D deficiency, several vitamin D rapid tests are available that work similarly to home glucose finger stick tests.17,18,19 These can be used at pop-up sites for patients who are interested in a supplement but are unsure of their vitamin D status. Fortunately, vitamin D intoxication is rare and has most commonly occurred due to daily supplementation with unlicensed formulations containing higher than stated amounts.20 But with the appropriate safety measures in place, clearly a larger bolus dose of vitamin D helps in reaching and maintaining sufficient levels. Because compliance is perhaps the greatest obstacle in reversing deficiency, access to less frequent and longer lasting doses may be the solution.

The boom of “pop-up” health care in the form of COVID-19 testing tents, mobile health units, and vaccination hubs placed in metro stations and other highly trafficked areas is evidence of state and local governments’ ability to enact prevention efforts quickly and creatively, particularly in underserved urban areas where Black patients are more likely to reside.4 The epidemiologically-informed placement of pop-up sites where visitors can receive a long-lasting bolus dose of vitamin D and examine their feet with mirrors has high potential to be an effective measure for protecting Black Americans with DFIs from facing expensive, debilitating operations.

A complete cost analysis has not been conducted for this intervention, but reasonable assumptions can be made when comparing to cost-effectiveness data for COVID-19 interventions. First, interventions costing less than $50,000 per QALY are widely considered to be cost-effective.5 An example: in Massachusetts, a model of four different testing strategies over 180 days showed that repeated “PCR testing for all symptomatic persons and monthly PCR testing for the entire population was the most cost-effective strategy” at $33,000 per QALY.21 Since COVID-19 testing occurs, or at least was occurring, at a higher volume and frequency for a much larger population and with more nonreusable resources, presumably vitamin D and mirror pop-ups would cost less per QALY. Comparatively lower overall cost is also likely given the extensive sequelae and consequent financial burden diabetes places on health care systems; 1 out of every 4 dollars in US healthcare costs is spent on caring for those with diabetes, and 48% to 64% of the lifetime medical costs for someone with diabetes goes to managing its complications.5 More detailed financial insight is obviously needed, but we can recognize that this intervention is at least possible and would be worthwhile for local and state governments to subsidize

Offering vitamin D supplements and a place to check for foot injury is a simple way to make this component of diabetes management more accessible to those stricken by low-income and housing instability, and more efficacious for all who fall behind on or lose track of daily medications—obstacles all too common amongst Black Americans in underserved urban communities. Preventatative efforts like these that target vulnerable demographics can serve as a powerful bridge between now and a more racially equitable future in clinical practice.

Sarvani Ramcharran received her MPH in Environmental Health Sciences with a certificate in Molecular Epidemiology from Columbia Mailman School of Public Health in 2017. She is now a third-year medical student at Touro College of Osteopathic Medicine in Harlem, NY with plans to pursue pediatrics and further explore her interest in environmental impacts on fetal and neonatal health.