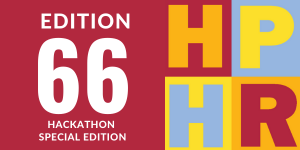 According to the Williams Institute, there are over 13 million individuals, age 13 and older, that identify as lesbian, gay, bisexual, or transgender. 1 There are 3.5% of adults or estimated 9 million adults, in the United States, identify as lesbian, gay, or bisexul.3 In the same survey, 1.8% of adults identified as bisexual and 1.7% of adults identify as gay or lesbian.3 In the United States, there is an estimated 646,500 same sex couples with 54% being female.2 There is an estimated 19 million Americans who have engaged in same-sex behavior.2 The number of women who have sex with women (WSW) is increasing due to the increase in individuals identifying as LGBTQ+.4

In the US, about 1.2 million people are living with HIV as of 2019.5 While 87% knew of their HIV diagnosis, 13% were unaware they had it and needed HIV testing.4 Of all those living with HIV in the US, 25% are women.6  Yet one out of every nine females with HIV are unaware of their HIV status.7  In 2018, women with sexual behaviors that heightened their risk of being infected with HIV had low HIV testing rates.7  Furthermore, 22% of women with HIV in 2017 were tested at such a late stage that they were diagnosed with both HIV and AIDS.8

While HIV can potentially affect anyone of any race, gender, ethnicity, sexual orientation or age, some communities are affected more than others such as the LGBTQ+ community especially men who have sex with men.9 There were 34,800 new HIV cases in 2019, and out of those cases 70% were gay and bisexual men.10  In 2018, there were 36,400 new HIV cases and of those, 18% were women.11 When compared to white women, the rates of newly diagnosed HIV infections for Black women and Latinas were 15 times higher and 3 times higher, respectively, in 2016.8  There have been fewer HIV studies on women especially women who have sex with women compared to HIV studies on men including men who have sex with men.12 While less than 1% of diagnoses of HIV infection are found in WSW, ending the HIV epidemic in the U.S. involves improvements to prevention and treatment methods as well as more women in clinical research, including WSW.13, 14

According to the Centers for Disease Control and Prevention, in 2019, 89% of heterosexual women reported having sex without a condom.15 On record, there have only been 6 (known) cases of woman-to-woman transmission.16 A case occurred where a woman, with no risk factors, was infected with HIV by her bisexual partner. This transmission occurred during the use of sex toys and the exchange of blood during sex.17 Transmission of HIV can occur through the sharing of sex toys and blood exposure during sexual activities.17 Another case occurred with a female same sex couple in their forties. The partner had previously been diagnosed with HIV and had transmitted HIV to her female partner through unprotected oral sex, vaginal sex, and sharing sex toys. Often, these women reported inducing bleeding during sexual activities with sex toys.18

Since there is little data on female-to-female transmission of HIV, many believe that WSW have no risk of contracting HIV.19 This ideology can lead to the unsafe sexual practices in women who have sex with women.19 In a study with 1,189 lesbian and bisexual women, the results showed that there was an assumption that WSW cannot get HIV, a lack of education on HIV prevention strategies, negative effects of alcohol or drugs use on safer sex practices, and that there was inconsistent sex with men and/or women.20 Most health services and health education are structured to fit a heternormative narrative, often leading to WSW being uniformed about potential health risks such as being susceptible to illnesses.21 Also, women may not disclose their HIV status to their female sex partner due to stigma and shame.22

Women have historically been neglected, excluded, and underrepresented in medicine and science.23 Gender inequality, HIV stigma, homophobia, gender norms, poverty, racism, discrimination, and health inequity have severe effects on health, healthcare, and quality of life.14,24 Moreover, there are clear gaps in care for women. In 2019, for every 100 women who have been diagnosed with HIV, 76 received some HIV care, 58 were retained in regular HIV care, and 64 were virally suppressed.25 Women do not only have a higher overall plasma viral burden over time compared to men, but they are also less able to maintain viral suppression over time.26, 27 In that same year, 26% of cisgender women who have been diagnosed with HIV and 24% of all people who have been diagnosed with HIV have missed at least one HIV medical care appointment within the past year (information on transgender women was not included because the numbers were too small to report).25

Due to many women unaware of the risks of being infected by HIV, we recommend the adoption of a comprehensive sex education program. This program will include sex education for WSW, such as educating on the use of condoms when using sex toys, the risk of blood exchange during sexual activities, the risk of HIV transmission with intravenous drug use, and the discussion that WSW can also participate in sexual activities with males. Furthermore, creating training seminars will educate healthcare providers on the potential risk of HIV transmission for WSW. Healthcare providers can use this training to educate WSW patients on their risk of HIV.

The program will be marketed using pamphlets, flyers, multiple media strategies, and partnerships with outside organizations. Pamphlets and flyers will have information about HIV and safe sex education (such as how HIV is transmitted during female same sex activities, ways to prevent HIV, and statistics on female same sex transmission of HIV). There will be a multiple media marketing campaign where women that have sex with women discuss safe sex behaviors through the use of commercials and videos on various platforms such as social media, TV, radio, and partner organizations. Our program will partner with Planned Parenthood, Breast Centers, gynecologists’ offices, clinics, gay bars, sex toy shops, and tattoo parlors in order to target WSW and provide information on HIV. Our program will also partner with ride-share companies and drivers to provide pamphlets on HIV and the prevention of HIV for WSW.

Furthermore, our intervention will have a marketing/promotion blitz on months and days that are targeted for HIV/AIDS awareness. These days and months will include: National Minority Health Month (April), National Women’s Health Week (May), Women’s Health Month (May), World AIDS Day (December 1st), and HIV/AIDS Awareness Month (December). Our program will also be heavily promoted during Pride Month in June. The success of social media campaigns can be determined by website traffic and social media analytics such as the number of visitors, views, and followers as well as overall engagement (e.g. likes, shares, retweets, what percentage of the videos are fully watched, etc.). The program can also be evaluated by the number of pamphlets and flyers handed out to those visiting clinics, Planned Parenthood, and the other facilities and organizations mentioned above as well as those receiving them on HIV awareness days/months and Pride Month.

The program will target metropolitan areas to reach a larger audience. The majority of Americans living with HIV reside in urban centers or major cities in the East Coast, West Coast, and the South (as well as small towns in the South).30 California, New York, Florida, Texas, and Georgia, respectively, have the largest number of people living with HIV.31 The states with the largest number of HIV diagnoses in 2019 are Florida, California, Texas, New York, and Georgia, respectively.32 In that same year, the highest rates of newly diagnosed individuals were in 8 out of 10 U.S. states and 9 out of 10 metropolitan areas with these 8 states and 9 metropolitan areas all located in the South.33 Yet it is not the South but Washington, D.C. which has the number one highest rate of newly diagnosed individuals.34

Possible challenges include difficulties in changing human behavior. Providing information does not necessarily translate to action. Yet through this comprehensive sex education program for WSW, which includes targeting WSW and healthcare providers, the hope is that the friction between education and action is reduced. In using pamphlets, stickers, and various media strategies while partnering with numerous organizations, including ride-share companies, there will be an overall increase in awareness about WSW and HIV transmission among both WSW and the general public. This awareness will contribute to the reduction in HIV stigma.

This program can be evaluated by the number of ride-shares with the informational pamphlets and stickers as well as the number of new HIV cases in the areas with the program. If the program is successful, there should be a reduction in the prevalence of HIV. As private ride-share companies, they are invested in prioritizing the safety and well-being of their customer base which has not only included keeping their customers safe from gender-based violence and sexual assault, but also keeping them healthy and promoting safe sex and awareness.35 Indeed, in 2013, Uber partnered with the company “L” to distribute condoms during pride week.36 Through sharing rides and information, public health officials can end HIV. 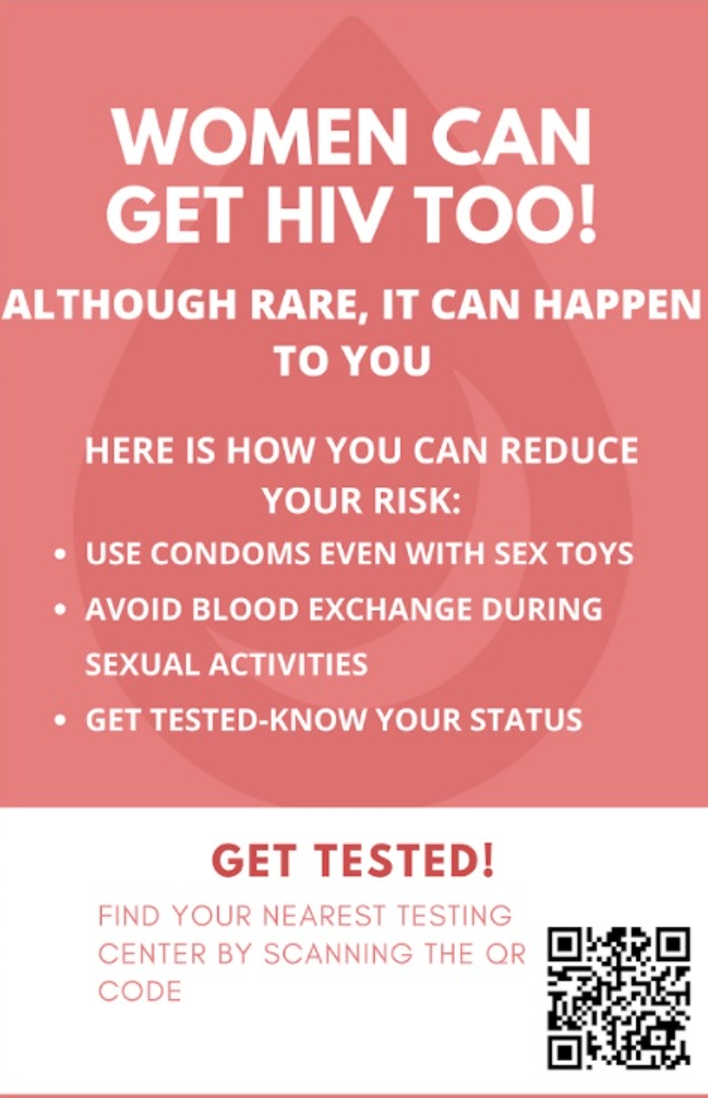 Nicolle Ma has a background in healthcare and clinical research involving patients with depression, schizophrenia, breast cancer, and gastrointestinal conditions and diseases.

Heather Tillewein is the Director of Special Editions and Associate Editor for the HPHR Journal. Dr. Tillewein also serves as Director of Membership for the Boston Congress of Public Health. She is serving her second term as Communication’s Chair for the LGBTQ Health Caucus for the American Public Health Association. Dr. Tillewein also serves on the executive committee and on the policy committee for the LGBTQ Health Caucus.