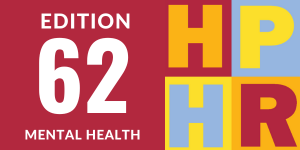 The Impact of Exercise on Organizational Empathy

The Impact of Exercise on Organizational Empathy

Countless strategies in the broader field of social emotional learning have been shown to benefit individuals and organizations alike. Capacities like empathy can improve interactions and have been recommended as a necessary skill. Such psychological capacities are heavily influenced by physiological states. Research supporting this alignment continues to grow. This article examines the role of emotional granularity in empathy, and the impact of exercise on that process. All components of an organization’s environment should be deliberately crafted. Individuals and organizations hoping to improve social emotional learning should also uphold healthy standards for sleep, nutrition, and exercise. It would be a costly mistake to misunderstand the connection of body and mind. Performance, and public health at large, depend on it.

What do office buildings, schools, and Zoom meetings have in common? An unhealthy amount of sedentariness.

This is not a matter of opinion or personal preference, sedentariness has been linked to increases in “all-cause mortality, CVD mortality, cancer risk, risks for metabolic diseases such as DM, HTN, dyslipidemia, and musculoskeletal diseases such as knee pain and osteoporosis,” among countless reports of decreased productivity and mental health. In one of the most decisive and declarative reviews of the adverse effects of a sedentary lifestyle, Jung Ha Park and team claim that “it is indisputable that the negative health impacts intensify with increases in the total daily sedentary times,” (10).

On the other hand, exercise can improve mood, focus, and sense of calm (5) alongside a general state of health and wellness (11). Organizations should encourage healthy, mobile workplaces for the benefit of their employees. Even if employee health is not a primary concern (sure hope that’s not the case), organizations might want to examine the benefits of a mobile workforce for the positive impact on culture.

The positive impact of exercise extends beyond the individual and may contribute to overall organizational health. Improvements in mood influence the way one understands and relates to others. Turns out, the extension of this impact is profound.

In 2016, a group of researchers in Belgium found that the ability to differentiate between emotions led to “higher levels of empathic accuracy,” (6). The more specific and granular one can be in their identification of emotions (a concept referred to as emotional granularity), the greater their ability to be successfully empathetic.

‘Successfully empathetic’ is an intriguing term. Leaders regularly hear that empathy is good, that we should have more of it. As we have previously discussed, empathy takes work, it requires perspective-taking, it is often an intentional construction (4). If that construction is not accurate, empathy falters.

An increasing number of leaders have incorporated the teaching of emotional granularity into their list of SEL necessities (added to the SEL toolbox, just beside emotion regulation). Wilson-Mendenhall and Dunne at the University of Wisconsin-Madison advocate for cultivating emotional granularity, calling it an “important skill,” (15). Tan, Wachsmuth, and Tugade of Vassar agree, suggesting that emotional granularity elicits more “informational value than that provided by global mood,” (14). If everyone within an organization were to improve their ability to recognize emotion in others – to improve their empathy – the health of the entire organization would improve.

Psychological skills are often impacted by physiological states – sleep, exercise, and nutrition can all impact mood and cognition. Which is why, during a recent round of field research, we asked the question, can exercise influence the way we perceive emotion in others?

To address this question, we brought together a group of educators to conduct field research, preapproved by a school’s internal research committee and in alignment with the standard school day. We conducted a cross-sectional study which collected ninety-two (92) total responses from two groups of forty-six (46) participants. Both groups engaged in an emotion identification survey, described below. Group A engaged with the survey after 20 minutes of standard Health Education curriculum (sedentary group); while Group B engaged with the survey after exercising for 20 minutes (active group).

Participants completed a pen and paper quiz which asked them to name the emotions being displayed on the faces of professional actors, which were projected onto a screen. On each new slide, there was an image of an actor displaying an “emotion” using only their facial expression. A version of this method of measuring emotion recognition (by the interpretation of facial configurations) was developed by Dr. Lisa Feldman Barrett at the Interdisciplinary Affective Science Lab of Northeastern University. The facial configuration images are from a deck used in previous studies. Much of our understanding of the science of emotion has come from Dr. Barrett’s work (1,2,7).

The term ‘adjective variety’ refers to the number of different adjectives participants used to describe emotions during the survey. We believe that adjective variety is a good indicator of emotional granularity. For example, one student in our group responded to a series of four faces with the adjectives “mad, mad, happy, happy,” while another responded to the same four faces with “angry, frustrated, pleased with himself, proud”. While it is important to note that there is no right or wrong answer to the survey responses – the cards depict the faces of actors, there is no true emotion to be read, if that were even possible – the second student has greater adjective variety. She seems to be able to interpret the nuanced difference between ‘pleased with himself’ and ‘proud’, in reference to two smiling faces. That degree of intuition should positively equate to emotional granularity.

We believe that exercise might be a positive addition to the emotion recognition equation for several reasons, but mainly for the power of exercise to increase the production of dopamine in the brain (8). Moreover, regular exercise has been shown to improve dopamine receptor availability over time (12). Dr. Pilar Salgado-Pineda, researcher at the Spanish Lab FIDMAG Hermanas Hospitalarias Research Foundation, suggests that dopamine is directly connected to emotional responses (13).

Exercise had a positive impact on participant errors (in the form of missed responses) and adjective variety.

Missed responses came in the form of an empty response field or one that was crossed out. This was a user-friendly survey so there were not many total errors. Follow-up conversations with participants indicate that these missed responses occurred because the participant “got messed up on which number [they were] on” or “couldn’t think of [an adjective] for that one.”

While all participants did well, Group A (sedentary group) made errors on an average of .40 questions out of a possible 18; Group B (active group) made errors on .24 questions. While the total number of errors remained low, it accounts for a 40% difference. That is, the group who exercised before taking the survey committed 40% fewer errors than their sedentary peers.

40% decrease in missed responses and a 13.44% improvement in adjective variety. Exercise is creating some powerful changes.

IMPORTANT: this is not ‘proof’ that exercise improves emotional granularity. It is more likely that, in a post-exercise state, the level of engagement with the task deepened. Participants, experiencing the neurochemical cocktail inspired by the exercise routine, had improved focus (allowing them to deeply engage with the task) and improved cognition (allowing them access more to deeper reaches of personal vocabulary).

As emotional granularity builds within individuals and empathy builds within the culture, the health of the entire organization can flourish. No one would suggest that exercise will absolutely improve empathy, but the results we found were intriguing. Can we expect this effect to apply to more typical social interactions? Perhaps, but we should not count on it.

It is possible that, in a post-exercise state, one would more deeply engage with the people around them, with access to enhanced emotional granularity. But with so many other factors at play – namely, complex social situations and pressures inherent in any given day – improvements would be difficult to guarantee. That does not mean we should not try.

In pursuit of a healthier organization, leaders should create a space where physical health is valued and opportunities to exercise are not severely limited. Business expert Peter Lencioni believes that “organizational health trumps everything” (9). While Lencioni refers to healthy communication and other necessary group dynamics, a growing body of research suggests that physical health should be prioritized right alongside psychological and culture-building skills.

Empathy is good. Exercise can make it better. Emotion regulation is good. Healthy sleep can make it easier. Maintaining wakefulness down the back stretch of the day is ideal – nutrition should enter the conversation.

Organizational health is a measure of body, mind, and interaction – these three components work together, always. Physical health belongs in this conversation. Individuals and organizations hoping to improve social emotional learning should uphold healthy standards for sleep, nutrition, and exercise as well. Hopefully, acknowledging the connection between exercise and empathy will encourage leaders everywhere to get up and get moving in the right direction.

James (Jim) Davis is a graduate of the Human Development and Psychology program at Harvard University. His research areas include public health, the relationship between physical and psychological wellness, and leadership development. He has also received degrees from Northwestern University and Knox College. He presents across the country (and overseas) in the areas of health, wellness, and leadership. For his work, he has been recognized with the US Marine Corps’ Excellence in Leadership Award as well as multiple coach/educator of the year awards. Contact him through his nonprofit organization, the Good Athlete Project: @goodathleteproject