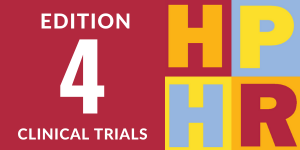 Europe and the United Nations: Clinical Trials, Not Criminal Trials

Europe and the United Nations: Clinical Trials, Not Criminal Trials

Conducting clinical trials has never been harder, but it may soon become criminal too, under two dangerously unwise legal initiatives emanating from Europe. Two well-meaning legal texts designed to fight falsified or substandard medicines—one from the Council of Europe (CoE), and another from the UN Office of Drugs and Crime (UNODC) but drafted by the Irish Medicines Board—are so negligently done that they would expose honest researchers and drug manufacturers to prosecution, simply for their involvement in something so basic as a placebo-controlled trial. If clinical trials are not unwittingly to lead to criminal trials, the research community must intervene against these errant legal proposals becoming binding.

European lawmakers have already done much to sabotage clinical research. The European Union’s Clinical Trials Directive of a decade ago began with the good intentions of protecting patients and harmonizing requirements, but the legal framework was devastatingly faulty. The EU calls the Directive “the most heavily criticized piece of EU legislation in the area of pharmaceuticals”, and concedes that between 2007 and 2011 applications to carry out clinical trials declined 25%, delays in starting clinical trials increased 90%, and administrative costs increased by 98% or more1. Admitting failure, the EU this year repealed and replaced the Directive, but it will take years to undo the damage.2

Yet dreadful as the Directive’s unintended consequences were, ongoing legal efforts by the CoE and UNODC could compound it, not through cost and delay, but the criminalization of legitimate research activity.

The CoE is poised to enact a new treaty called the MEDICRIME Convention. Four European countries have ratified it already, and just one further ratification, which could come imminently, will make it binding law across Europe and (if they agree) countries elsewhere. The MEDICRIME Convention mandates the criminalization of intentional manufacturing, supplying, or trafficking of “counterfeit” medicines and medical devices, but defines counterfeiting too broadly, to include any product having “a false representation as regards identity and/or source”.3 For example, on manufacturing, the MEDICRIME Convention reads:

“Each Party [i.e. government] shall take the necessary legislative and other measures to establish as offences under its domestic law, the intentional manufacturing of counterfeit medical products, active substances, excipients, parts, materials and accessories.”4

Often, to blind a clinical trial, experimenters will falsely represent the study medicines, placebos, or both.5 But intentionally making such a false representation qualifies as counterfeiting under MEDICRIME’s odd definition, which in turn makes the researchers, drug manufacturers and others criminals. Those who drafted MEDICRIME unwisely failed to differentiate a benevolent false representation from a malevolent one, so researchers are subject to the same offences as organized criminals trafficking fake medicines. Although the CoE could have carved out an exception for legitimate research activities, it decided not to, which puts MEDICRIME on a collision course with clinical research.

Even more problematic are the UNODC’s draft model legislative provisions of November 2014, which were devised in secret, although a copy has since leaked to journalists.6 While not itself meant to be law, UNODC’s draft model legislative provisions claim to be a template to “support [UN] Member States to introduce domestic legislation” that is patterned on it.7

The UNODC draft places experimental medicines and placebos in the category of “investigational medicinal products”,8 but strangely goes on to say these products are “fraudulent” if they contain a false representation of “identity, including its packaging and labeling”.9 Placebo therefore must be truthfully identified as placebo to be compliant—a requirement that would make blinded trials impossible. Even worse, the UNODC draft model legislation advises that any person who possesses a fraudulent medicine and fails to report it to the authorities commits a criminal offence.10 No specific punishment is mentioned, but UNODC terms this a “serious offence”, alongside others having “a maximum deprivation of liberty of at least four years”.11

The only systematic review of blinding in randomized clinical trials to date finds many different methods being used, such as manufacturing similar capsules, tablets, syringes or bottles, or embedding doses in hard gelatin, or even using active placebos that mimic side effects.12 To be truthful about the medicine’s identity and thereby comply with the CoE and UNODC requirements it is not enough that one accurately label a medicine that has been through such manipulations, but one must be truthful in each intentional representation, including communications with the caregiver or patient. Such candor would cause un-blinding, and introduce bias affecting the performance or interpretation of randomized clinical trials.

We have informed the CoE and UNODC that their legal texts could interfere with clinical trials. Neither has responded with any proposal to address the problem, which suggests they are unconcerned with any unintended effects on medical research.

How did such drastic unintended consequences come about? Published reports state that the MEDICRIME Convention and the UNODC model legislation were drafted by small, invitation-only groups dominated by European participants, who in some cases copied European law verbatim.6,13 Scientists, health professionals, NGOs, or persons from other continents were largely excluded.13 , 14, Without transparency and plurality of opinion, the CoE and UNODC cannot successfully imitate the legislative process in Parliament, where stakeholders scrutinize bills and often detect faults before they become law. The cardinal error of the CoE and UNODC is to reduce the legislative process into a regionalized political game, in which a small number of persons, mostly like-minded Europeans, function myopically and leave faults undetected.

As we have written elsewhere, combatting the criminals who make intentionally falsified and recklessly substandard medicines is extremely important work, with the potential to save many lives.15 But for the CoE and UNODC to do good, criminalization cannot interfere with scientific, clinical and public health necessities. That their efforts would interfere is potentially dangerous, and follows on some other controversies in which the CoE and UNODC erred (e.g. the decision to treat intellectual property violations as criminal subject matter, and to collaborate closely with a pharmaceutical company, Sanofi, which drew protest from Brazil, China, India, Russia and South Africa), 6, 16

We believe UNODC and CoE must freeze their plans, and reboot their efforts. UNODC was offered another legal model, which emphasizes public health considerations, but appears to have rejected it.17 The CoE should suspend the MEDICRIME Convention’s ratification in order to insert a research exception.

Otherwise, if the existing plans become law, which could be very soon with the MEDICRIME Convention, researchers will be driven to violate it and risk unjust prosecution. While most law enforcement authorities would be pragmatic, bad laws on the books make it inevitable that someone blameless would be punished (e.g. as with a British pharmacist, put on trial and found guilty of for filling a prescription that the patient had forged.18) Stopping real medicine criminals remains a compelling, necessary goal, but the authorities have to aim at the true criminals – and not researchers.

Conflict of Interest Statement: With respect to UNODC draft model legislation, AA was a paid consultant to UNODC until October 2014, but did not author and was not consulted on the 17 November 2014 discussed in this article. RB and SB attended UNODC meetings as invited guests but received no pay or travel expenses.

Amir Attaran is an Professor in the Faculties of Law and School of Epidemiology and Public Health at the University of Ottawa. Professor Attaran is by training both a lawyer (LLB., Vancouver) and a biologist (D. Phil, Oxford; MS, Caltech; BA, Berkeley), whose research covers the gamut of both fields to explore different drivers of human well-being. Current research interests include the social and policy determinants of health in both infections and non-infectious disease; constitutional, administrative, and environmental law in Canada, particularly focused on biodiversity and climate change; intellectual property and criminal law in the provision of medicines.

Professor Attaran is also an active litigator, and has appeared in the Courts of Alberta, British Columbia, Ontario, Quebec, and Saskatchewan, as well as the Federal Courts.

Dr Roger Bate is a resident scholar at the American Enterprise Institute and the author of Phake: The Deadly World of Falsified and Substandard Medicines.

Dr. Stefano Bonino, an Italian-British author, is a Fellow at both the Royal Society of Arts and the Higher Education Academy. He earned his B.A. in Foreign Languages and Cultures at the University of Turin, and his MSc and PhD in Criminology from the University of Edinburgh. He has also been a consultant for the Center for the Study of Democracy and a Postdoctoral Researcher in the School of Applied Social Sciences at the University of Durham. Dr. Bonino has also worked full-time as a Lecturer at the universities of Birmingham and Northumbria. He has written extensively on policing and security issues.

Paul Newton is an infectious disease doctor and Director of the Lao-Oxford-Mahosot-Wellcome Trust Research Unit (LOMWRU), Microbiology Laboratory, Mahosot Hospital in Vientiane, Laos, within the Mahidol-Oxford Tropical Health Network, core funded by the Wellcome Trust. He is also head of the Medicine Quality Scientific Group of the Infectious Diseases Data Observatory. After a DPhil in field zoology research he read clinical medicine and qualified in 1989 and MRCP in 1992 and DTM&H in 1996. He was lecturer to Professor Sir Nicholas White 1996-2001 in Mahidol University, Bangkok, and moved to Laos in 2002.

His main research interests are on the epidemiology and detection of substandard and falsified medical products and on the diversify of fevers, especially rickettsial pathogens, in rural Asia and their epidemiology and how they can be diagnosed and managed.