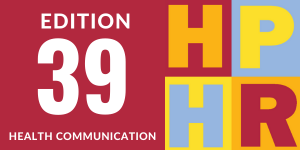 We problematize and discuss relationships between health paradigms and the health education process. Specifically, we argue it is crucial to distinguish between health paradigms that support or not support (either directly or indirectly) health care vulnerabilities among underserved populations and damage health education. The disciplines that work with health education have significant importance for the improvement of health conceptions. Both social and biomedical paradigms influence health education in specific ways. A determinism condition—that is, an underlying health condition—does not prevent engagement in treatment and care in the same manner as a social determinant. When the determinism conditions are at the same level or overlap the determination conditions, the individual’s barriers to care and vulnerability tends to increase.

Although treatment systems and health care models have advanced in many domains, there remain many deficits involved in patient care. This gap in health care is obscured by current treatment paradigms. Paradigms refer to hidden principles that unconsciously govern individuals’ actions (Morin 2008; 2014). We sought to present and discuss some relationships between health paradigms and the health education process. Specifically, we argue it is crucial to distinguish between health paradigms that support or not support (either directly or indirectly) health care vulnerabilities among underserved populations and damage health education.

The history of care (Canguilhem, 1978) in the health interventions field has subsidized treatment models supported by two dominant paradigmatic models: the (Stokols, 2000). Although they are situated in clearly distinct conceptions and conjunctures, both models have developed very broadly. Thus, it would be misleading and reductionist to ascribe a single meaning to each one.

Health education refers to an education process supported by a combination of approaches focused in lifestyle change assisting individuals, families, and communities in the restoration, achievement, and maintenance of their health (Modeste & Tamayose, 2004). Before constructing some critics or highlighting failures for something, it is crucial to clarify which parameters were used or influenced the analyzed object. Thus, considerations from opposite or different perspectives of something can describe only a part of an object. It means that the definition of the biomedical model from the social model, or vice-versa, is at least incomplete. They are incomplete not because they are better or worse but due they have distinct origins and use singular tools.

While theoretical design, cartesian method (Descartes, 2009) which has many similarities to the specialized technique and mechanical operation of the biomedical model, it is the same that we can used to describe the mechanical solidarity in Durkheim’s sociology (Durkheim, 2013). Even biomedical science focus on biological prevention, diagnosis, and treatment of diseases (Modeste & Tamayose, 2004), some areas of biomedical research have been used the singularity’s principle properly. In molecular biology (Cobelli et al., 2002), modeling’s process considers the different and singular functions each metabolic system to diagnose health or unhealthy functioning.

The social model had brought many advances in training and health care (Gardner et al., 2007), and overall criticizes the biomedical model (Cabrera, 2015). Proponents of the social model are concerned with how the biomedical perspective circumscribes the diagnostic structure in an individualized and mechanized way. Besides, some diagnoses supported by the biomedical paradigm have been assigned to the biological and physical domains as the unique causal levels of illness.

However, a controversial scenario is observed at the core of this critique. The ‘modern’ perspectives in health education and health care consider the biopsychosocial – and spiritual – conception as the main guideline for understanding individuals and building care practices.

Some extreme positions supported by social paradigms have potentiated individuals’ pathological functioning at least two inseparable domains: in general, overemphasized the importance of social dimension on human development to the detriment of biological/physical dimensions can neglect pain, suffering, and treatment. Furthermore, another way to weaken the specificities and practices of care refers to use the same principles and resources for all dimensions of this conception – bio-psycho-social. In other words, when the social dimension is super valued invariably in comparison to other dimensions, the biopsychosocial conception can be annulled in practice.

For example, alignments of normality in social and psychological domains cannot mean a healthy standard of functioning. On the contrary, costumes and moral principles in some social contexts can be radically against an individual’s belief system. Thus, people ‘fully adapted’ to a social context can feel profoundly deadapted to themselves.

Besides, another aspect to highlight in this conjuncture consists of distinguishing perspectives regarding the social domain, especially when they are totalized on the same meaning, both as cause and effect. Namely, the complex individual’s experience is crossed by many social dimensions in its trajectory. Some conditions that work as a protecting factor in a specific context may work as a risk factor in others.

This dynamic can influence the constitutions of cause and effect in different ways. According to Geertz (2017), dynamism is necessary to interpret social domains in some cultures. Often, these domains cannot be perceived with clear boundaries because they are overlapping, intercalating, or tied to each other (Geertz, 2017). According to Rogers (2012), some properties of personality can only be improved in contact with social domain. However, there are elements of subjectivity that only are developed by the individual with himself. Inappropriately, modern rhetoric has overvalued social domain almost as cause and then, solution of everything. The consequences of this social determinism in health education are profound and have exposed professionals and patients to vulnerable conditions.

By full understanding of the social dimension as cause and effect of illness or health promotion conditions, social models reproduced the same structure of the biomedical model according to which they criticize. Many healthcare dimensions are exposed to vulnerability, ineffectiveness, and stigma (Goffman, 1986; Link & Phelan, 2014) in treatments from the totalitarian perspective in the social context.

Either by the social paradigm or the biomedical paradigm, any critical analysis must be sure to consider a logical conception that cuts across both paradigms: the differentiation between structure and the attributes of a structure. Such a logical dimension in the field of analysis can work as a condition because the characteristics that make up a phenomenon do not lose their specificity and value.

For example, several perspectives supported on social paradigms critique a doctor’s position as an authority in doctor-patient relationships, arguing that they should be horizontal. A possible consequence for this situation would be the weakening of each agent (doctor and causing no feedback in the care system, thus losing its effectiveness and enhancing the patient’s suffering states. There are elements for the healthy development of personality that can only be reached in relationships with authority figures (Freud, 1989). Evidently that it is crucial to distinguish authority from authoritarianism.

In this example, the potentization of a condition (Fernandez, 2011) can be noted. Hyposufficiency condition presents substantial contributions to comprehend the influences and consequences of both paradigms. Unlike investigating and understanding the aspects that determine an individual’s health conditions, on a hypossuficiency state, the determinations are overdetermined by determinism ideologies.

In determinism ideologies, human conditions are pre-determined. For example, in ideological domains, there are some generalizations between poverty and capability. These generalizations include affirmations such as poverty means incapability or everything that someone wants, he/she is able to do. Often, this determinism distorts the recognition of real determinations and the development of resources to deal with them. This is only an example which reinforces the hypossuficiency of individuals. Other situation often happened in the relationship between doctor and patient and can be affected by determinism aspects. One more time in the axis poverty-capable, some ideologiescrystallizesthe conception that doctor are the greatest references of knowledge and patients are just passive recipients of their guidelines or determinations. It is an example of no differentiation between authority’s position and authoritarianism.. It can be observed when the patient does not reveal what is happening to him due to the doctor’s fear or when the patient considers that medical care was not efficient because there was no prescription of medicines.

The real determinations cannot be accessed in both situations above, and this relationship’s improvement is compromised. Thus, there is no or less possibility to construct another relationship between the individual and his health/illness. The possibilities are already determined in practices supported by determinism ideologies. Determinism ideologies align with scientism (Robinson, 2015 and not with scientific principles.

Indeed, the maturing of aspects involved in the care experiences implies developing levels of criticism that the opposite view cannot nullify. Even though it is difficult, authority cannot be confused with authoritarianism and encourage disrespectful behavior. Additionally, some patient experience elements can only be by the asymmetrical relationship between doctor-patient. In psychoanalytic terms (Freud, 1989), some subjectivity domains can only be touched by the authority figure as we mentioned early.

In a hyposufficient condition, empowerment and agency in behavior for compromised. It is understood that this condition is not a determination of the biomedical model but the fragmented and reductionist conceptions of the diagnostic and prognostic processes that can be supported by both models: social and biomedical.

Both in a comprehension of the expanded clinic (Nigam, 2012) and the conditions of cultural determination that impact on health care practice (Metzl & Hansen, 2014), the social field of medical education needs to be expanded and reflected in several fronts and domains. These domains imply research and reflection processes under paradigmatic bases that support health interventions regarding their epistemological, cognitive, and logical dimensions.

Marcelo Simões Mendes is a psychologist, and a doctor in Collective Health, at the State University of Campinas, Brazil. He also is professor at the Anhanguera University of Sao Paulo, Brazil.