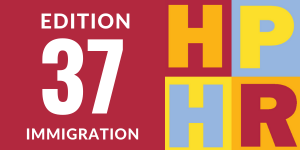 Despite significant burden of mental health among Asians in the US, a focus on “culture” driving such disparities obscures the role of structural influences in development of these burdens, shifting the blame onto communities themselves. It also makes it more challenging to identify appropriate interventions, due to stigmatization. Furthermore, public health research and discourse on these issues often overlooks potential differences in distress and needs for interventions among immigrant versus non-immigrant Asians in the US.

To examine how levels of moderate and serious mental health distress in the past year vary among Asian immigrant versus non-immigrant subgroups.

We used data from the 2011-2018 California Health Interview Survey (N=15,138) to assess prevalence of moderate and serious distress for immigrants compared to non-immigrants using both a single Asian category and five disaggregated categories: Chinese, Filipino, Japanese, Korean, and Vietnamese.

One in eight United States residents are immigrants and 30.7% of those immigrants are from Asia.1 Despite increases in migration, there is limited empirical evidence on U.S. Asian immigrant mental health and levels of distress.2 This is problematic because the model minority stereotype, which seems complimentary to Asians, obscures disparities in Asian American health.2 It assumes that Asian individuals are successful based on indicators of health and well-being, leading to the invisibility of Asians when it comes to their health concerns and voice in public health policy.3 More importantly, the rapid increase in discrminatory hate crimes in the U.S. against Asian Americans since the COVID-19 pandemic has revealed how timely it is to investigate and understand mental health disparities among this population.

Disaggregated analyses are critical for acknowledging heterogeneity between Asian subpopulations, and can provide guidance on how healthcare providers, healthcare systems, and policymakers can increase accessibility and properly address both U.S. Asian immigrant and non-immigrants’ mental health concerns. Prior research has shown drivers of mental health distress among Asian immigrant populations varying across subgroups, including English proficiency, age at immigration, and migration-related circumstances (i.e. forced vs. voluntary).7 Yet, there is a lack of studies assessing levels of distress among disaggregated populations of Asian immigrants in the U.S.5 As such, we used the California Health Interview Survey (CHIS) to identify self-reported healthcare utilization disparities, including mental health ones, among various subgroups of immigrant and non-immigrant Asians in the U.S. The purpose of this study is to examine the association between immigrant status and self-reported mental distress in both a single aggregated Asian category and five disaggregated Asian subgroups of Filipino, Vietnamese, Chinese, Japanese, and Korean, the most populated Asian subgroups in California.

We used eight years of publicly available data from adults included in the 2011-2018 iterations of CHIS, which is a random-dial telephone survey using a multistage sampling design conducted in English, Spanish, Cantonese, Mandarin, Korean, Tagalog, and Vietnamese. We combined single year datasets from 2011-2016 and the two-year 2017-2018 combined datasets; disaggregated Asian subgroup data was not available in the 2018 single year file, necessitating use of the combined 2017-2018 dataset. Because we used publicly available data, these analyses were not subject to ethics review.

Race was assessed through self-report. Five Asian subgroups were large enough to include as distinct categories: Chinese, Filipino, Japanese, Korean, and Vietnamese. Immigrant status was Serious distress faced in the past year was assessed using the Kessler K6 nonspecific distress scale,5 with scores summed to produce a final K6 score ranging from 0 to 24. A score of 13 or higher previously designated as the threshold for classifying serious distress in the past year scores of 5-12 were considered indicative of moderate distress.6

To provide further information on our sample, we included the following demographic variables: age, sex, marital or partner status, employment, education, annual income, health insurance status, US-born vs non-US-born, and English proficiency. Age was coded into three categories: 18-44, 45-64, and 65+. Educational attainment was coded as high school, some college, and bachelor’s degree or more. Annual income was categorized using federal poverty guidelines (FPG) into ≤138% of FPG, 139-400% FPG, and >400% FPG. English proficiency was dichotomized into whether participants spoke English only or spoke English very well or well versus those who did not.

We used descriptive analyses to assess demographic characteristics for Asians overall and for each subgroup, then immigrant vs non-immigrant status based on the nativity variable and moderate and serious mental health distress. We then conducted bivariate analyses to assess differences between immigrants and non-immigrants and prevalence of moderate and serious mental health distress among Asians as a whole, then within each Asian subgroup. Due to small sample size for some Asian subgroups, we included these respondents in the overall Asian category in these analyses without a corresponding subgroup analysis. Chi-squared tests were used to assess significant differences between immigrants and non-immigrants.

Table 3. Comparisons of Moderate and Serious Distress by Immigrant and Non-Immigrant Status for Asians Overall and Five Asian Subgroups, 2011-2018 CHIS

It is critical to adapt to multicultural contexts of countries when attempting to understand drivers of poor mental health. Terminology, such as “depression” or “anxiety”, are not correctly or adequately translated into languages spoken in Asia.8,9 Direct translation from English to a language spoken in Asia can be perceived as inappropriate, threatening, frightening, or offensive, can cause inaccurate responses.9 When considering possible nuances in mental health for Asian immigrants versus non-immigrants, it may be worth considering how existing scales may pose as a limitation for reliably measuring mental health among Asian populations. Answering questions that lack accuracy in the ability to accurately measure mental health symptoms forces Asian immigrants to diminish their experience into limited boxes that are not representative of their mental state, ultimately leading to an underdiagnosis.8,9 This reductive approach brings about unintended consequences, including inadequate funding for mental health services, inaccurate representations of prevalence and drivers of mental health, and reinforcement of the model minority stereotype.9

There are limitations to this study, the first being generalizability of findings for individuals living outside of California. Our findings should not assume homogeneity of Asians in the United States, even in states with high Asian populations. Second, we used self-reported measures, so experiences of moderate and serious distress may be underreported. Third, the small sample sizes for some Asian subgroups were not included in the subgroup analysis, but were accounted for the overall Asian category. Future research accounting for these subgroups (e.g. Indian, Cambodian, etc.) is important, as differences in distress may exist among these populations that are not shown in aggregated data.

Addressing the mental health concerns are particularly critical at this time. given the escalation of anti-Asian racism and its major implications for mental health distress among Asians in the U.S. Since the beginning of the COVID-19 pandemic, the Asian communities have continued to face antagonistic aggressions, including  incidences of hate-crime violence, discrimination, harassment, and bullying. Stop AAPI Hate, a California-based website, received 3,795 nationwide reports from March 19, 2020 to February 28, 2021. The overt and covert acts of discrimination are risk factors for the well-being of Asians, affecting lower life satisfaction and self esteem, and higher symptoms of depression, suicidal ideation, anxiety, and distress levels.10 The variable mental health rates that we have identified in our data, may be attributable existing structural disparities. A concern is that these disparities will further be exacerbated by the negative experiences faced across subgroups of U.S. Asians.

Future research should look into the differences between Asian immigrant and non-immigrant mental health through cultural adaptations of mental health scales. More importantly, it is essential to question structural and interpersonal barriers that prevent Asian immigrants from receiving the help that they need. This may include language barriers when communicating with the healthcare provider, misinterpreting medical forms before an appointment, and difficulty interpreting the mental health related questions on these forms. Interventions that prioritize cultural sensitivity within the healthcare profession and policy level, through engagement of stakeholders from the target population, can address the underutilization of mental health services and underdiagnosis of mental health illness among Asian immigrants. In tandem, appropriate public policies need to be implemented to promote mental health and identify vulnerable individuals for community based preventive and treatment interventions.

Funding: The author received no financial support for the research, authorship, and/or publication of this article.

Conflict of Interest: No potential competing interest was reported by the the author.

Human Participant Protection: This study used publicly available data and was not subject to institutional review board approval.

Cindy Chwa is a MPH Candidate in the Department of Social and Behavioral Sciences at Harvard T.H. Chan School of Public Health. Her research focuses on leveraging digital technologies to increase equity and access to community-based resources among minority and immigrant populations.