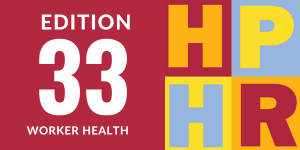 Healthcare Workers' Situation Amid the COVID-19 Response in Afghanistan

Healthcare Workers' Situation Amid the COVID-19 Response in Afghanistan

This disruption and unsafe workplace for health workers, reflects the detrimental effect of decades of war, insecurity in the country, and illiteracy among people that has also resulted in the surge of COVID-19 cases, overwhelming the existing facilities [7,18]. Since the beginning of the pandemic, many violent incidents occurred, such as attacks on hospitals, abductions of healthcare workers, looting of medical supplies, harassment and interference.  The worn-torn country faced many healthcare facilities’ closure due to unrest, which brought severe health implications to Afghanistan’s residents.

Afghanistan is one of the countries with the lowest number of healthcare professionals. Moreover, the threat of militancy to healthcare facilities and workers is another major obstacle to fight against COVID-19. Health professionals are under the constant stress of safety due to attacks on hospitals from insurgent.

Perennial Conflicts and Attacks on Healthcare Workers in Afghanistan

Afghanistan has been a zone of conflicts for over three decades now. This has not just affected the quality of life in general but has largely incapacitated the infrastructure especially in terms of healthcare[2]. Interminable conflicts have not just hindered the delivery of healthcare services but have also targeted healthcare workers and discouraged their services by force. The United Nations Assistance Mission in Afghanistan (UNAMA) have reported 75 (2019) and 65 (2018) direct attacks on healthcare workers and health facilities leading to loss of 24 000 hours of health care services and 41 000 consultations[3]. Most of these incidents have been reported to be carried out by antigovernment forces. In a recent attack on Dasht-e-Barchi maternity hospital, a MSF (Doctors without Borders)-assisted hospital, around 23 health workers were abducted and an improvised explosive device that was implanted in a pharmacy in Nangahar province has succumbed a doctor in the nearby hospital along with eight other men[4]. This outrageous attack on MSF staff forced the team of doctors without borders to leave the facility abandoning mothers who were in dire need of their services amidst the spreading COVID. Bombing the health facilities, killing the health workers at time of pandemic in a country with unstable political and economic issues, is the last thing the country want. There have been reports of attack on 140 health facilities which caters two million Afghans which were later closed by force[5]. Not only this, around 70 MSF health staff members have been killed in the MSF facilities working in Afghanistan over a period of 16 years[6].

The most striking to note about Afghanistan’s health system is that it largely depends on foreign aids, and funds from non-governmental organizations, instead of the nation’s own finances. Afghanistan is one of the countries with the lowest number of healthcare professionals, with 1.9 physicians per 10,000 people3. Most of them have faced dire consequences amid the COVID-19 response in Afghanistan due to the low level of capacity and the unavailability of the national healthcare system’s resources. This experience reaffirmed in a hard way that it is not possible to provide universal health coverage and to achieve good health and wellness as planned by the United Nations requires adequate resources[7,8].

Unequipped healthcare facilities, people’s illiteracy, and the return of immigrants from Iran and Pakistan have created an avalanche of pressure on an already fragile healthcare service. Due to the shortage of healthcare workers, many health promotion and screening programs were canceled, including the polio vaccination program, which is supposed to prevent paralysis of young children[9].

Healthcare personnel’s pay a high price to combat COVID due to lack of personal protective equipment’s and lack of funds to provide other safety gears. As of 13 August 2020, infected healthcare workers comprised almost 10% of the total number of confirmed cases in Afghanistan[10].

In Kunduz Regional Hospital in north-eastern Afghanistan, about 70 doctors and nurses were reported to be infected with COVID-19[11]. Simultaneously, several backstage factors contribute to the high infection rates among healthcare workers in the country.  Intense work along with a constant fear of infecting immediate family members, self-supply of PPE, low monthly income, and delay in monthly payment make just a few of them[12]. A low level of awareness among the population is another threat for healthcare workers, increasing their exposure to COVID-19 cases in healthcare facilities or in-home consultations[13].

The latter is greatly connected to the low socioeconomic status of the population. Poverty and food insecurity lead people to breach the COVID-19 restrictions to sustain daily life, given the lack of social security infrastructure[14]. In a broad sense, these factors contribute to an unfavorable milieu for health literacy and appropriate healthcare management and even trigger many people’s move to Pakistan in search of adequate healthcare[15].

Calling out to Afghan healthcare workers abroad and providing them adequate incentives to return and support the national healthcare services would be optimal. That could serve as a starting point for reviving healthcare in Afghanistan but require the authorities’ long-term commitment to persuade the diaspora to resettle in a low resource working environment.

The situation in Afghanistan can be compared to other countries in and beyond the region. Comparison with other countries in the region sharing both the low and middle income (LMIC) status and some common cultural and social features provides insights regarding the situation of healthcare workers in such settings. At the same time, comparing with other countries, which are located in a different region, have a better financial status and a different culture can unravel the global and horizontal implications of the COVID-19 pandemic on healthcare workers.

The authors elaborate on Pakistan and Greece respectively. Being residents of these countries, they are familiar with the situation of healthcare workers there. Certainly, this comparison serves qualitative purposes. It provides some highlight of the impact of the COVID-19 pandemic across the world rather than a thorough assessment, which is beyond the scope of this section and paper.

Pakistan, officially known as the Islamic Republic of Pakistan, is located in South Asia, next to Afghanistan. It is the fifth-most populous country in the world and has been classified as an LMIC by the World Bank. Since March 2020, the country has faced several spikes of COVID-19. Interestingly, the infectious curve remained stable for several months in 2020 despite the loose compliance to protective measures, the financial instability and the lack of adequate healthcare facilities[18]. Reports from the country suggest that healthcare workers have faced lack of PPE, inadequate financial compensation, limited access to the internet and other informative and educational resources. On top of these, physicians protesting has been violently intercepted by the police in some occasions[19]. Similarly, to Afghanistan, the pandemic has had a detrimental effect on healthcare personnel, due to pre-existing crises and deficits, that were aggravated by the healthcare crisis. Moreover, Afghanistan and Pakistan are the only two countries that are yet to eradicate polio and the health-care workers have been going door to door despite the pandemic to prevent an outbreak of polio[20].

Greece, officially known as the Hellenic Republic, is situated in Southeast Europe. It is a member-state of the European Union (EU). It is classified as a high-income country and the majority of the population identifies as Orthodox Christians. Although the financial crisis has tormented the national economy since 2010, signs of recovery were evident in early 2020. Greece has one of the highest ratios of physicians per population[21]. The pandemic has harmed the economy, with nation-wide lockdowns leading to the closure of business and the downfall of tourism, one of the major income sources of the country[22].

Despite this, Greece has maintained one of the lowest rates of COVID-19 incidence and fatality during the first months of the pandemic. The numbers have increased after Autumn 2020; however, COVID-19 incidence and mortality remain lower in comparison to several other EU member states[22]. In terms of healthcare, the public healthcare systems face significant deficits in permanent personnel. Healthcare workers have been in many occasions applauded by politicians and public figures, but while many of their requests remain unmet, they face overwhelming working conditions, low salaries and inadequate insurance coverage. Since March 2021, the Ministry of Health has requisitioned the service of individual healthcare workers from the private sector, increasing the rage in the sector. Ambiguous statements regarding the social and financial status of doctors along with misinformation have also led to a controversial attitude towards healthcare workers among the general public[23,24]. Comparing the situation to Afghanistan, it becomes evident that the pandemic has deciphered longstanding problems of the healthcare sector aggravating healthcare workers’ situation even in a high-income country, such as Greece.

Comparing the situation of healthcare workers worldwide can help identify global issues with a negative effect on them. This is the first step to take national, regional and global action to address these issues.

This disruption and unsafe workplace for health workers, reflects the detrimental effect of decades of war, insecurity in the country, and illiteracy among people that has also resulted in the surge of COVID-19 cases, overwhelming the existing facilities[7,18]. Since the beginning of the pandemic, many violent incidents occurred, such as attacks on hospitals, abductions of healthcare workers, looting of medical supplies, harassment and interference.  The worn-torn country faced many healthcare facilities’ closure due to unrest, which brought severe health implications to Afghanistan’s residents[16].

Arash Nemat is an assistant professor of Microbiology at Kabul University of Medical Sciences.

Christos Tsagkaris is a final year medical student at the University of Crete in Greece. He is a Youth Ambassador of the European Code Against Cancer, the Vice President for Events of the European Student Think Tank and one of the co-founders and core facilitators of #Students_Against_COVID.

Mohammad Yasir Essar is a Global Health enthusiast from Afghanistan. He has published scientific papers on major global health issues in Africa, and Asia in top journals. He is dedicated to continue working in the field of Global Health.

Shubhika Jain​ is a final year Medical student at Kasturba Medical College, Manipal, Karnataka who aspires to become a passionate clinician, a great researcher, and a motivational public speaker.

Aborode Abdullahi Tunde is a recent chemistry graduate from the University of Ilorin, Nigeria. He has Diploma in Addiction Medicine and Addiction care and Nursing from the University of British Columbia, Vancouver. Abdullahi has special interest in global public health, quality education and developmental issues affecting the global south and beyond which are in view with Sustainable Development Goals.

Muhammad Bilal holds a degree in pharmacy and master degree in neuroscience.

Hashim Talib Hashim​ is a medical student in the University of Baghdad, College of Medicine, and a certified international trainer with the IFMSA.