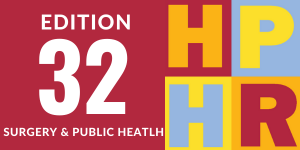 Permanent contraception via bilateral tubal ligation (BTL) is a highly effective, increasingly popular measure to prevent unintended pregnancy. While the procedure is covered by both public and private insurance programs, a long-standing Medicaid rule unintentionally presents unique barriers to low-income women seeking BTL. By requiring a 30-day waiting period between consent and procedure, the Medicaid Consent to Sterilization section of the Title XIX form creates a series of ethical concerns. This paper will analyze these concerns using the principles of respect for autonomy and justice.

A changing cultural climate in the 1960s allowed women seeking family planning services access to a number of contraceptive options, including permanent birth control via BTL. During the procedure, the fallopian tubes are cut, tied, or clamped to prevent fertilization by blocking the passage of both egg and sperm. BTL is highly effective, with a 10 year pregnancy probability of 18.5 per 1000. The procedure is considered permanent and attempts at reversal are not necessarily effective. As such, BTL is the most common form of contraception (both permanent and reversible) with 36% of women relying on it to prevent unintended pregnancy.[4]As insurance companies began covering the procedure, the incidence of BTL increased, reaching the 700,000 that are performed annually in the U.S. today.5 Of these, half are performed in the immediate postpartum period, allowing a single surgical team to oversee the entire obstetric care of the patient, who now faces recovery from only one abdominal surgery, rather than two.

Women with Medicaid coverage make up nearly half of the women who request and receive postpartum BTL (49%).[5] However, of the Medicaid beneficiaries who request BTL, only 46% receive the procedure, compared to 65% of requests fulfilled for privately insured patients.6 The consequences of refusing a BTL request are striking: of women who request and are denied a postpartum tubal ligation, 47% will become pregnant in the next year. This is compared to 22% of women who become pregnant one year post-delivery who have not requested BTL.[6] Other studies have found similar disparities, one citing a 24% one-year pregnancy rate for women with Medicaid who were denied BTL compared to a 9% rate for privately insured women.6

In 1976, efforts to correct an appalling history of forced sterilization in low-income women, particularly in the South, led to a nationwide Medicaid Rule requiring a 72 hour waiting period for women consenting to BTL.[7] In 1978, the waiting period lengthened to 30 days. Since the late 1970s, the policy has had significant impact on women seeking permanent contraception through BTL. With fewer than half of requests for BTL fulfilled for Medicaid beneficiaries, the waiting period is the most commonly cited reason for denying a BTL postpartum.[8]  In fact, researchers estimate that simply removing the barrier of a waiting period would result in an increase of fulfilled BTLs among Medicaid beneficiaries by 45%, potentially preventing over 29,000 unintended pregnancies and averting $215 million in Medicaid costs annually.[9] More importantly, it would respect the medical decision-making of women receiving Medicaid benefits.

This waiting period can be burdensome for a number of reasons. First, only 68% of Medicaid beneficiaries seek regular prenatal care in the first trimester, compared to 87% of privately insured women.[10] These percentages increase throughout pregnancy, but 59% of women denied BTL due to Medicaid consent barriers received little to no prenatal care before their delivery.11 For pregnant women who interact with the healthcare system sporadically or only at the time of delivery, the reality of a BTL waiting period may come as a complete surprise.

Many advocates in this space have spoken out on the impact such a rule carries in a post-Affordable Care Act world, where Medicaid expansion increases the number of women affected by such a policy.[11] Of course in non-expanded states, Medicaid coverage for pregnant women ends soon after delivery, meaning many women in these states would be unable to receive an elective BTL in the months following delivery. Given the significant burden Consent to Sterilization places on women seeking BTL during pregnancy, the Medicaid rule creates a series of ethical concerns.

At the forefront of this discussion is patient autonomy, specifically reproductive autonomy, which indicates that all women have the right to have, or not have, children and to parent in a safe environment. Ideally, the decision to have a BTL should be a shared decision-making process between patient and provider with a counseling process free from paternalism. Providers may be tempted to override autonomy for the “protection” of patients; or as seen in not distant historical contexts, for other malicious intents.[12]The inclination of providers to “protect” their patients stems from their concern that some women may experience regret after sterilization. For instance, a woman who receives a tubal ligation, but desires children several years after the procedure and regrets her previous decision.[13]

This “decisional regret” is a product of what has been coined “the dignity of risk,” in which the inherent risk of making the wrong decision, accompanied by a right to fail, gives individuals complete, unhindered control in the decision-making process. Similarly, without the right to fail they do not have the same liberty for the right to succeed down a treatment path they desire. If there is decisional regret later on, it can be seen as an opportunity for growth despite the undesired outcome.[14]

However, the concept of decisional regret and “the dignity of risk” must also be balanced with an individual’s capacity for decision-making.[15] It is a common belief that the peripartum period is not a good time for obtaining consent given that in this period women are vulnerable, in pain, and are dependent on medical care. However, this is not unlike other commonly cited medical situations such as decisions about anticoagulation, vascular stents, hip fractures, and consent to cesarean deliveries within the peripartum period.[16]

We do not automatically revoke an individual’s ability to consent in these painful and stressful situations. This is because pain and stress in and of themselves are not necessarily conditions that preclude an individual’s decisional capacity. Moreover, it has been shown that there are not significant differences in rates of regret for women who have chosen BTL in the postpartum period versus BTL in the interval period. One study found that 20% of women who had a cesarean delivery and 24% of women who had a vaginal delivery with subsequent BTL in the postpartum period regretted their decision, while 22% of women who had a BTL within 1 year after birth regretted their decision.[17] The similarity between these two groups indicates that there is comparable rates of regret regardless of when the BTL procedure occurs.

Allowing individuals with private insurance to consent for tubal ligation procedures at any point in time, including during active labor, implies a double standard with regards to decisional capacities for two populations based on insurance status.[18] Understandably, safeguards are warranted to protect against exploitation, but this must be balanced with the ability for these women to obtain access to a desired procedure and outcome. Along similar lines, there is a strong possibility that the same women who do not receive prenatal care may be lost to follow-up. The peripartum period may be seen as a “one-shot” chance for medical care for these women.

A two-tier healthcare system that stratifies access to healthcare services is inherently unequal, and is not socially just. The 30-day waiting period was generated to prevent exploitation individuals who were disadvantaged in an inherently inequitable system, but in its manifestation has become yet another barrier for women of lower socioeconomic status. It has generated a system that disproportionately places burden on women receiving federal insurance compared to those with private insurance. It is a system that treats women differently based on insurance coverage. This, in theory, would be ethically permissible if it furthered equality, but as evidence has shown, it does not.[19]

Devising a strategy that eliminates the 30-day waiting period, while continuing to provide protection against exploitation of vulnerable populations, will be no easy feat. It will require a multi-disciplinary approach with representation from providers, policy-makers, and most importantly women who have been, or will be, affected by the outcomes of such policy.[20]

Kaitlyn Arbour, MS is with the Tulane University School of Medicine.

Christine Petrin, MPH is with the Tulane University School of Medicine.