Structural Colorism: Illuminating the Shadow of Structural Racism and its Malcontents 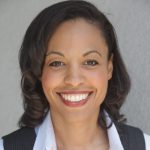 Structural Colorism: Illuminating the Shadow of Structural Racism and its Malcontents

If it was so honorable and glorious to be black, why was it the yellow-skinned among us had so much prestige?

Colorism -- in my definition, [it is the] prejudicial or preferential treatment of same-race people based solely on their color. For colorism—like colonialism, sexism, and racism—impedes us

Colorism as the Doppelganger of Racism

On May 25th, 2020, in Minneapolis, Minnesota, George Floyd was violently subdued by police officers after an arrest for allegedly trying to use a counterfeit bill. For a total of 8 minutes and 46 seconds, the black man was continuously restrained with a police officers’ knee firmly planted on his neck despite his desperate pleas that he could not breathe. He was essentially murdered on camera, with footage that the entire world would eventually see.17 Given the American legacy of brutal police killings within the past 40 years and mass lynchings for several hundred years14, it is inarguable that George Floyd’s death was racially-motivated.

But we might pause to ask the question: Was it because he was a dark-skinned Black man? What if George Floyd had been a light-skinned Black man, with a skin tone consonant to the retired Navy Seal David Goggins, or the American Fashion Model Jeremy Meeks, or even our 44th U.S. President, Barack Obama?6,13,15  Would the probability of being brutally murdered in the streets while Black be greater for a dark-skinned George Floyd versus a hypothetical light-skinned one?

For Americans, racism is a well-known, oft-bandied about word. However, it’s definition is often misunderstood and misconstrued. According to Shirley Chisholm: “Racism is so universal in this country, so widespread, and deep-seated, that it is invisible because it is so normal”.2

Further complicating matters is racism’s taxonomic components, which are not well-known by the general American public. These consist of the following:

Yet, what is even less well-known, perceived, or appreciated, is the shadow of racism – or colorism.

Colorism, interestingly, is an offspring of racism. It is an ideological system that privileges lighter-skinned individuals on numerous societal dimensions because of their phenotypic similarity to White Americans, while simultaneously disadvantaging and neglecting darker-skinned individuals on the same societal dimensions. Being subliminal or subconscious, colorism is the insidious tentacle of racism, allowing lighter complected individuals to have greater cultural, social, economic, educational benefits than darker complected individuals.3,9,12,20 The color continuum of skin tone buttresses a hierarchy in which racial bias and sociocultural and socioeconomic prestige are then ascribed; darker individuals are often positioned at the less privileged end of the hierarchy and lighter individuals situated on the more advantaged end.9 Similar to racism, colorism appears to have its own variants operating at the structural, institutional, cultural, interpersonal, and intrapersonal levels.

And while colorism is a global phenomenon – with footprints on various Asian and Latinx groups – it’s pervasiveness is greater in multiracial and multiethnic societies such as the U.S., particularly amongst Black Americans.20 Indeed, in American society, Black colorism has roots in slavery, in which Black Americans were categorized based on their skin tones and line of work, as dark individuals were often referred to as “field negroes” and light individuals were frequently denoted as “house negroes”.9  While lighter-skinned house negros had advantages to more easily obtain education, property, and even freedom from slavery, darker skinned field negros were often confined to the cotton fields, denied education, better housing, or manumission from slavery.9

According to James Baldwin, “History is not the past. It is the present. We carry our history with us. We are our history. If we pretend otherwise, we are literally criminals.” 2

This quote is particularly apropos not only for the legacy of racism in American society, but also the heritage of colorism as well. And while certain manifestations of overt racism are illegal, socially unacceptable, and morally and ethically repugnant, colorism does not consistently elicit the knee-jerk derision and contempt that racism does. From depictions in the movies The Color Purple, Precious, Beloved as well as Netflix’s show Self-Made: Inspired by the Life of CJ Madam Walker, the narrative of colorism is ensconced in American cinematics, and is only intermittently controversial, as in the white-washing of Beyonce’s Wax statue.11  For instance, learning that Black Americans have disproportionately higher rates of police brutalization and homicide, mass incarceration, death row sentencing, unemployment, maternal and infant mortality, virulent prostate and breast cancer, exposure to teratogens and carcinogens, elementary school detentions, suspensions, and expulsions, and poverty compared to White Americans will likely cause the average person to flinch if not outright shudder.7,8,21-24

But what about the historic election of Barack Obama as the 44th President of the United States?15 Or the momentous election of Madame Kamala Harris as the first African American woman to the U.S. Vice Presidency?10 Or Cory Booker to the U.S. Senate4 , or Deval Patrick to the governorship of Massachusetts?16 Are these not exemplars of Black Excellence triumphing over any residue of racism left clinging to American society? Do we now consider them to be the paragons of Black Success that all Black children can now aspire to? And more critically – aren’t these the elements of the potion to assuage White Guilt, or ushers to the egalitarian promise that has eluded America for so long?

Although it is arguable that these political and individual victories may leave a dent on structural racism in American society, it is nonetheless a far cry from a nail in the coffin of racism. In fact, if we look closely, it may in fact be a Trojan horse for racism’s shadow cousin – colorism. For when you scrutinize these Black Successes and many others, a predominant swathe of them are masterstrokes for light-skinned Black Americans. Would a darker-skinned individual have had the same probability of becoming President or Vice President?

As it turns out, there is growing scholarship suggesting that Black colorism is alive and well, and actually quite similar to, if not a contemporary replica of slavery times. Some research has shown that lighter-skinned Black Americans are more advantaged than darker-skinned Black Americans in obtaining higher educational attainment, accessing gainful employment, amassing greater social and economic resources, obtaining higher socioeconomic status and occupational prestige, suffering less punitive consequences in the criminal justice system, and being perceived as more attractive, intelligent, and moral.9 In 2015, the National Survey of American Life found that darker complected African Americans have higher odds of having increased rates of systolic and diastolic hypertension compared to lighter complected African Americans.3 From an intersectional perspective, dark-skinned gay/bisexual Black men have reported greater experiences of racially targeted homophobia and resultant anxiety, stress, and depression compared to light-skinned gay/bisexual Black men.5

Admittedly, the research for structural Black colorism – or the differential impact of societal, institutional, and organizational policies and practices on the lives of lighter skinned Black Americans versus darker skinned Black Americans – is still meager and inconclusive compared to the extant bevy of research for structural racism on the same population.  And while this article exclusively brings structural colorism for Black Americans into sharp relief, there is still the acknowledgement that structural colorism is present in Latinx, Asian, and other racial minority communities in America and around the world; these forms of colorism are just as worthy of further deconstruction and demolition.(9)

Regardless of geographical location, however, there is ample opportunity for future research in structural colorism as well as the development of policies that directly address the deleterious effects of colorism. These possibilities are delineated below:

To quote social justice guru Dr. Nancy Krieger and intentionally replace her use of the word “discrimination” with the phrase “structural colorism”:

“The purpose of studying the health consequences of [structural colorism] is not to prove that oppression is ‘bad’ because it harms health. Unjustly denying people fair treatment…is, by definition, wrong—regardless of effects on health. Rather, the rationale for studying [structural colorism] and health…is to render an accounting of who and what drives population patterns of health and health inequities and to generate knowledge useful for guiding policies and actions to prevent and rectify harm and advance health equity.”2

Inspired by Dr. Kreiger’s wisdom, we must include tools to dismantle structural colorism in our armamentarium. For the sake of health equity and social justice in all walks of life, we mustn’t continue to ignore colorism.

Dr. Carpenter is a physician, entrepreneur, educator, and social justice advocate.  She is also Co-Editor-in-Chief of the Harvard Public Health Review.