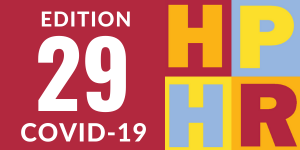 American Universities Prioritized Profit Over the Health of Their Students

Bosman J. American universities prioritized profit over the health of their students. HPHR. 2021;29.

American Universities Prioritized Profit Over the Health of Their Students

It is no secret that the proverbial “college experience” has undergone a fundamental reshaping in the past few decades. With the advent of technologies that allow for remote learning and the substitution of long nights in the library for expedited searches on Google Scholar, the process of acquiring a postsecondary education has never been easier. Yet in spite of this easing of labor costs for universities, the average yearly price of college tuition at a public university has increased from $8,180 in 1977 to $20,770 in 2017[1]. Meanwhile, the real median personal income in the United States has only increased from $24,775 in 1977 to $33,334 in 2017 [2]. I found this pattern distressing prior to COVID-19, but now I find it downright irresponsible.

In March of 2020, universities across the country put in-person services on hold. This movement implied a vested interest in public health by university administrators, and likely contributed to the prevention of thousands of deaths [3]. As noble as these decisions to shut down were, their timing bears consideration. Many universities were already largely vacant due to the scheduling of Spring Break. Tuition fees for the Spring 2020 semester had likely been paid months prior and were securely non-refundable. I wonder how an alternative series of events would have played out, in which universities had been compelled to shut down many months – instead of just eight to twelve weeks – prior to their summer recesses.

Fast-forward to Fall 2020. While many universities decided to transition to a fully online model for the 2020-2021 school year, myriad others did not. Various equivocations have been given by university administrators to justify their decision to fully or partially reopen their schools. Phrases such as “public health-informed semester” have been coined, and shamelessly purported, to describe the protocol by which students’ health would somehow not be directly endangered by their educational institution. Appallingly, I have seen firsthand that this is mostly lip service designed primarily to maintain public relations.

Along with the conclusion of a disastrous Fall semester came several key developments that have collectively reframed this crisis in a way that serves to reaffirm the salience of my main point. I believe that the most important of these developments are the transitionary factors surrounding the election of President Joe Biden and the emergency approval of three vaccines by the United States Food and Drug Administration. The election allotted universities a prime opportunity to temporarily escape the ire of the media spotlight. As a result of replacing a notoriously anti-intellectualism president with a staunchly pro-science member of the opposite political party, research-focused universities suddenly began receiving accolades from the White House rather than scorn [4]. With this change of national tone came an opportunity for universities to tout their ability to produce helpful, pandemic-focused research while conveniently avoiding discussions about how the students performing this research continued to risk their health. The vaccines have similarly distracted the media, in that their availability on campuses has eclipsed discussions about whether those campuses should be operational in the first place. Consequently, many universities have already announced plans to reopen for the Fall 2021 semester in a capacity that, in many cases, might as well be full5. This course of action may prove sustainable, should we reach herd immunity sometime this summer, but that timeline is far from guaranteed.

At this point, university administrators must be aware of the weight of their COVID-19 responses. With this in mind, it appears as though some administrators have consciously decided to put their students in harm’s way in the name of profit. As a student and practitioner of public health, I understand the difficult reality of juggling the benefits of sufficient preventative measures with the steep costs of implementing those measures. Many have argued for dramatic relaxation of certain preventative measures, stressing that “the cure cannot be worse than the disease”. While I vehemently disagree with this conclusion, I concede to the validity of the argument. What troubles me is the bafflingly inconsistent notion that shutting down was a good idea in March of 2020, but no longer makes sense.

On March 15th, 2021, the United States recorded 57,141 new cases of COVID-19. This exceeds the 702 cases reported on March 15th, 2020 [5] by what should be an alarming amount, and yet we continue to relax restrictions throughout academia. One could argue that the frequency of testing has increased dramatically since March of 2020 [6], but I fail to see how adjusting the data to reflect that would support the argument that we should be reopening our universities. How does reopening an institution with a notoriously social consumer base make more sense now than it did when COVID-19 appeared containable one year ago? I believe this inconsistent messaging represents an affront to all other public health efforts of this nature and will serve to irreversibly confuse a very exhausted population.

Joshua Bosman attended the University of Michigan for his undergraduate studies, as well as for his Master’s in Public Health degree. His focus is on epidemiology, which he has found much easier to explain to people since the pandemic began.