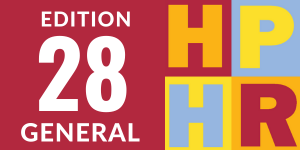 Telling the Story: Capacity-Building in the Asylum Network

Telling the Story: Capacity-Building in the Asylum Network

In the midst of an overwhelming immigration crisis at the Southern Border of the United States, the specific needs of asylum seekers are at risk of being overshadowed. Asylum is a form of humanitarian protection granted to foreign nationals arriving at the border, or already within the United States, who meet the international law definition of “refugee” as defined by the United Nations 1951 Convention and the 1967 United Nations Protocol Relating to the Status of Refugees.1 A refugee or an asylum seeker is a person who, as a result of previous persecution, or fear of future persecution, is unable or unwilling to return to their country of origin. The applicant must further establish that the persecution occurred on account of their race, religion, nationality, political opinion, or membership in a particular social group.  As a signatory to the 1967 UN protocol, and through the Refugee Act of 1980, the United States has legal obligations to provide protection to those seeking asylum.1

In order to make sure the US upholds its obligations to provide humanitarian protection to those fleeing persecution, a fair and objective assessment of each asylum claim is required. Unlike refugees, whose claims are vetted and processed overseas by UN agencies, asylum seekers are not entitled to legal representation or any federal benefits. Instead, an informal network of resources — immigration law clinics, non-profit legal agencies, and pro-bono teams at private law firms — provides legal representation for asylum seekers who typically cannot afford to provide their own.  In order to document the persecution that is at the core of every asylum case, medical and psychological experts are brought in to evaluate the effects of torture and persecution on asylum seekers’ physical and psychological well-being. This paper seeks to increase awareness of the crucial role played by these forensic medical and mental health evaluations in supporting our nation’s capacity to fairly and accurately adjudicate asylum claims.

In 2019, the United States received 307,704 applications of asylum and granted asylum to 46,508 individuals. The largest number of U.S. asylum seekers came from Venezuela, China, and Guatemala.2 Asylum is a deliberate and scrupulous legal process.  The standards for evidence are very high, and the burden of proof is on the applicant. The circumstances that drive people to seek asylum are typically overwhelming, life-altering, and traumatic. Asylum seekers arrive anxious and adrift, often with little more than the clothes on their backs – let alone the formal documentation needed to prove their story.  Ironically, the story applicants are desperately hoping to leave behind is the very same story they will need to recount to document their claim.  The process is often distressing, and that retelling can be re-traumatizing. It is not surprising that asylum grant rates for those who do not receive legal support are far lower than grant rates for applicants who do.3

Legal evidentiary expectations for logic, coherence, and cross corroborating documentation are frequently at odds with the capacities of a trauma survivor during the post-migration period.  Trauma can disrupt narrative. It can confuse memory, confound reason, and dysregulate emotion.  Increasingly, legal advocates have been seeking out physicians, psychiatrists and psychologists to perform forensic medical or psychological evaluations that provide objective evidence of physical and emotional suffering. The evaluations translate trajectories of suffering into diagnostic frameworks and clinical narrative understandable to our legal system, and support the applicant’s need to speak the unspeakable.

Immigration and asylum authorities typically have no medical or psychological background and focus primarily on the procedural aspects of the case.4 And so, many of the scars left by torture and persecution are not readable to the authorities as the applicant sits across from them. Evidence in the form of an expert medico-legal evaluation thus becomes crucial.  An internist’s documentation of physical scars may serve as evidence of physical torture and abuse.  An expert report from a mental health practitioner can serve as supporting evidence in cases where the wounds are primarily psychological. A psychologist’s report can bring to light an applicant’s PTSD symptoms – recurrent nightmares, distressing memories, or intrusive thoughts – and show that the symptoms are consistent with their narrative of persecution.

Since 1999, the Istanbul Protocol has set the standard for medico-legal investigations of asylum seekers and other victims of torture and ill-treatment.5 As the Istanbul Protocol outlines, they include an initial history of the applicant, including their reasons for fleeing their country; detailed accounts of violent and/or traumatic events, and their health status.  The evaluator then uses their professional expertise as a physical or psychological practitioner and makes a judgment on the degree of concordance between the narrative and the physical and/or psychological harm observed and investigated. Strong medical affidavits include clear, corroborative accounts of persecution – supporting the applicant’s narrative from a diagnostic perspective.6

The medico-legal evaluation is1 performed by a licensed medical or mental health practitioner,2 documented in the form of a legal affidavit, and3 submitted with immigration and asylum attorneys to serve as evidence in the asylum application.  In many cases, the opinion of a Country Conditions Expert is also added to the dossier.  This latter piece of expert evidence describes conditions on the ground in the applicant’s country, speaking about both past and current human rights violations, and the likelihood of future harm occurring should the applicant be returned home.  Joined together, this assembly of documents is submitted to an immigration judge or asylum officer, to complete the Application for Asylum.

Documenting the Effects of Persecution

The forensic evaluation of an asylum seeker can be conceptualized as an assessment of a trauma survivor.  The effects of being physically and emotionally tortured because of who you are and your identity are profound. The events of persecution serve as anchor points in a trajectory of suffering.  The typical landscape is one of trauma, loss and displacement and subsequent PTSD, depression, traumatic grief, and related symptomatology.  Asylum seekers are at greater risk of posttraumatic stress disorder (PTSD) and depression than refugees or the general immigrant population7 with rates of PTSD ranging from 30% in some studies to over 82% in others.8,9  Depression is frequently co-morbid,9 with documented rates twice that of recognized refugees.7  Somatic complaints, chronic pain, and episodes of dissociation are also common.10,11

In addition to the index event of persecution, asylum seekers report multiple exposures to traumatic events and interpersonal loss – frequently of nuclear family members.  In some cases, seekers have personally witnessed and/or experienced, on average, six to seven traumatic events.12,13  Grief related disorders abound, with suffering ranging from 16 – 20% in a group of seekers in Germany, to 31% – 54% in other refugee populations.14,15 Among a group of Iraqi asylum seekers in the Netherlands, 87% had experienced the death of a family member, and 49% the death of a friend.16

Well-being is frequently threatened not only by way of the persecutory events but also during both migration and the post-migration phase. A study by Medicins Sans Frontiers17 in Italy showed potentially traumatic events occurring pre-migration to 60 % of interviewed asylum seekers, and to 89% of the same group during their journey to safety. Detention and kidnapping rates are also higher en-route than prior to departure from home countries.18 Time spent in detention, grief over death of loved ones, sadness about separation from children or family left behind, lack of social support, absence of employment, fear of deportation, and lack of health care can exacerbate preexisting conditions.

Attuning to Risks in the Process

Unfortunately, the asylum application process can itself play a role in intensifying psychological symptoms.19,20,21 Trauma survivors frequently function by compartmentalizing their experience in order to avoid thinking, feeling or talking about their past.  In applying for asylum, individuals are pushed to re-open this compartmentalized past. As they recount and remember, traumatic intrusion, dysphoric mood, and physical symptoms of anxiety may increase.

While an individual fortunate enough to receive psychotherapy can have the timing at which they process traumatic incidents paced out, once an asylum seeker begins their application process, they must reproduce their trauma narrative over and over again, whether or not they are emotionally prepared to do so. Even applicants’ own lawyers can unwittingly contribute to their clients’ emotional dysregulation. “The attorney’s singular focus on the collection of information and detail with dates, places, names, and sequences can overwhelm clients, shutting down communication and jumbling the story.”22  Still worse, the asylum hearing itself may reactivate PTSD symptoms.21,23 Asylum seekers frequent reliance on avoidance as a survival strategy is undermined by the adjudication process,24 creating vulnerability to an increase in posttraumatic intrusion symptoms21 and dissociation during the asylum interview.35  Clinical affidavits address these issues by speaking to a client’s behavioral presentation.  Experts are frequently asked to comment on a client’s affective expression when sharing their narrative and the effects of trauma on memory and recall. Including expert opinion helps adjudicators more accurately assess credibility and feel more confident in their decision-making process.

Capacity Building to Solve this Problem

The purpose of this paper has been to highlight the value contributed by the legal-medical collaboration to the asylum process. Academic training hubs teach and model the synergy at work in this legal-clinical collaboration. Lawyers share their perspective on strong affidavits, and clinicians share their understanding of the medical and psychological effects of torture and persecution. Through this collaborative learning and shared work, the asylum process is better informed about the nature and consequences of persecution and traumatic stress.

Clinicians involved in documenting human rights violations for the purpose of asylum reported an increased understanding of the effects of trauma and human rights, developed a greater capacity to work with diverse populations and realized an increased awareness of global mental health concerns.26 A typical training model allows trainees to first participate by shadowing, scribing, and then contributing to affidavit writing as they gain clinical skills. Physicians for Human Rights (PHR) and Health Right International are leaders in providing training and mentorship for students wishing to establish asylum clinics.  Currently, there are 19 academic-based PHR asylum programs and 3 PHR-affiliated student-run clinics across the country.27 Students involved in capacity building in the asylum network detail the human value realized in providing essential clinical services to vulnerable individuals and families, the training gained through exposure to the work, and the deep understanding that comes from participating in the “interactions between the legal, health, social and justice systems” in the United States.28

More clinical professionals should be offered training in the forensic evaluation of asylum seekers.26,29,6 Academic and medical institutions should prioritize the training of medical and psychology professionals, carve out time for coursework and seminars, and support fieldwork opportunities so that interested faculty may serve as mentors and supervisors.  These academically based programs can then organize and support regional networks of pro-bono professionals eager to become involved.

Asylum is a distinct form of humanitarian protection granted to survivors of persecution or torture, and to those who have a well-founded fear of future persecution or torture should they return to their country of origin. Medical and mental health professionals play a unique role in documenting human rights abuses in the asylum process.  Building the capacity of clinicians who collaborate with lawyers in this network enables the United States to live up to its moral and legal obligation to provide a fair and objective assessment of each and every asylum seeker.

Jennifer McQuaid, PhD, is an Assistant Clinical Professor at the Yale Center for Asylum Medicine, and an Affiliate Scholar at the Global Mental Health Lab at Teachers College, Columbia University. As a clinical psychologist, she works at the intersection of maternal and child health, gender-based violence, and traumatic stress – translating research into practice for at-risk adults, children and families, refugees and asylum seekers. Dr. McQuaid frequently serves as an expert witness and consultant for legal teams representing individuals seeking immigration relief in the United States (Asylum, U-Visas, Trafficking Visas, Parent-Child Separation cases).