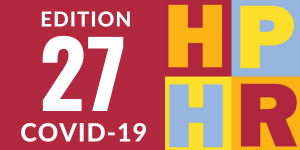 Irisin and the Possible Impact on a Cytokin Storm in Athletes with COVID-19:
A Case Report

Irisin and the Possible Impact on a Cytokin Storm in Athletes with COVID-19. A Case Report.

In December 2019, a new type of coronavirus was discovered in Wuhan, China.1 Many patients infected with COVID-19 had a serious evolution2 and one of the explanations for this was due to an exacerbated release of pro-inflammatory cytokines, especially interleukin-6 (IL-6).3 4 Irisine is an exercise-induced metabolic hormone, secreted mainly by skeletal and cardiac muscle cells, which carries anti-inflammatory properties and is marked by the possibility of reducing the secretion of inflammatory cytokines such as TNF, IL-6 and NF-kB.5 Based on this, the possible anti-inflammatory impact of Irisin was related to the remodeling of the cytokine storm of COVID-19 infection.

MTOF, 54 years old, female, crossfit athlete, with a history of thyroid cancer 2 years ago undergoing thyroidectomy. In 2019, she carried out a genetic test for the analysis of polymorphisms, which detected a predisposition to exacerbation of pro-inflammatory cytokines, supported by variants in the genes TNF,6 7 IL6,8 IL1B,9 CRP genes,10 in which the variants and the following risk alleles appear the SNP rs361525 (allele A) in the TNF gene; rs1143634 (allele A) in the IL1B gene; SNPs rs1800795 (allele G) and rs1800796 (allele C) in the IL6 gene; rs1205 (allele C) in the CRP gene and the SNP rs3775291 (allele G) in the TLR3 gene. The test also signaled a predisposition for a good cardiorespiratory fitness sustained by the polymorphism rs8192678 in the PPARGC1A gene11 and an improved resistance capacity investigated by the VEGFA gene,12   through the SNP rs2010963. On July 14, 2020, the patient sought medical care, with a loss of appetite. The patient was on the sixth postoperative day of breast prosthesis exchange. On the same day, the RT-PCR test for covid-19 was performed which was positive. On July 16, the patient presented with a fever (38.1º C), adynamia, general malaise, dry cough and 92% oxygen saturation. It was prescribed to start treatment with Azithromycin (500mg/day), Colchicine (0.5mg 12/12 hours), Clexane (40mg/day), Prednisone (20mg 12/12 hours), Redoxon-Zinc and Fluimicil (600mg/day). In addition, laboratory tests for immunological markers and a computed tomography (CT) scan of the chest were collected. The results of the exams showed an increase in immunological biochemical markers (IL-6: 9.6 pg/mL; Ferritin: 593 ng/mL; Dimer D: 979 ng/mL). Chest CT showed ground-glass opacity with > 50% parenchyma involvement. On July 19, three days after the beginning of treatment, the patient was in good general condition, afebrile, acyanotic, with productive cough of hyaline sputum, oxygen saturation remaining above 97%. On 07/30/2020, the patient reported clinical improvement, without the persistence of any symptoms, and the laboratory tests were repeated, bringing the following results (IL-6:1.9 pg/mL; Ferritin: 63,2 ng/mL; Dimer D: 324 ng/mL).

One of the fatal factors of the infection by SARS-CoV-2 is the overreaction of the inflammatory system that causes which is known as a cytokine storm. A cytokine storm, cytokine cascade, inflammatory storm or hypercytokinemia, is a potentially fatal immune reaction consisting of a positive feedback loop between cytokines and white blood cells, with very high levels of various cytokines. Cytokine storms may explain why some people have a severe reaction in the COVID-19 disease, while others experience only mild symptoms. The first symptoms of a cytokine storm are high fever, swelling and redness, nausea and extreme fatigue. In some cases, the immune reaction can lead to death. Several inflammatory cytokines at abnormal levels were detected in blood plasma after infection by SARS-CoV-2: granulocyte and macrophage colony stimulating factor (GM-CSF), interleukin (IL-6), tumor necrosis factor α (TNF-α), IL-2, 7, 10, and granulocyte colony stimulating factor (G-CSF).

Severe lung infections result in local inflammation that can spread to the systemic circulation, producing systemic sepsis. This inflammation can be defined by persistent hypotension, hyper or hypothermia, leukocytosis or leukopenia and, frequently, thrombocytopenia.13

The intensity of pulmonary inflammation depends on the balance between pro-inflammatory cytokines and their soluble cognate receptors or inhibitors, which reduce the activity of these inflammatory cytokines in the aqueous phase of the alveolar fluid. Several studies of patients with severe lung infections show altered plasma cytokine profiles. Several acute-response cytokines begin to change in the first minutes after infection, followed by a sustained increase in IL-6.15 One of the most intriguing clinical questions about COVID-19 and the cytokine storm is why some people seem particularly susceptible to inflammatory events, while others seem relatively resistant, suggesting an important role of the genetic mechanisms in the protection against the disease.

The tumor necrosis factor (TNF) is the best known and most intensely studied of the pro-inflammatory cytokines. High plasma levels of TNF are associated with a series of chronic and autoimmune inflammatory diseases, including rheumatoid arthritis, Crohn’s disease, atherosclerosis, psoriasis, sepsis, diabetes, and obesity.15

Although some genetic variants in TNF-alpha are associated with a better fight against pathogens such as malaria or hepatitis B16, the chronic increase in TNF-alpha levels is associated with an increased risk of inflammatory diseases. Chronic elevation of TNF-alpha levels may occur due to genetic factors such as mutations in the TNF gene, in which some alleles in the rs361525 and rs1799964 variants may indicate an increased risk of hyperinflammation.17

In addition to the importance of TNF-alpha, some people have variants in other genes that naturally elevate their inflammatory responses, as some variants in the IL6 gene that are related to a higher level of IL-6, even in healthy people, in which the expected values are within the normal range of 0.2 to 7.8 pg/mL.

It is known that the worsening of COVID-19 in adults is largely related to some risk factors such as obesity and pre-existing diseases as diabetes and hypertension, regardless of age. Obesity is a metabolic problem, with an inflammatory characteristic that affects more than 650 million adults worldwide today. The increasing prevalence of obesity represents an important public health problem. When we analyze the current situation in the world with the SARS-CoV-2 viral pandemic, we find that there is a strong association between obesity and physical inactivity with mortality from COVID-19, suggesting an urgent need for public health measures that can prevent and treat obesity in order to save lives and economic resources.

One of the mechanisms by which physical activity appears to protect against COVID-19 complications is through the release of a substance called irisin.

Studies show that the production of endogenous irisin can be increased during continuous physical exercise18 . Irisin is a cleaved peptide formed from the fibronectin type III domain-containing protein 5 (FNDC5). Studies indicate that irisin is able to improve insulin resistance and type 2 diabetes, increasing the sensitivity of the insulin receptor in skeletal muscle, with positive results in liver glucose and lipid metabolism and promoting the browning of white adipose tissue, leading to an increasing in thermogenesis. In addition, irisin is believed to modulate macrophage activity by reducing the overproduction of reactive oxygen species (ROS), in addition to weaken the production of pro-inflammatory cytokines such as IL-1β, IL-6, MCP-1 and TNF-alpha19.

Given the relationship between COVID-19 risk factors and the possible protection of physical activity against the worsening of the disease, irisin may be a potential mediator of the beneficial effects of exercise on the metabolic profile.

It can be inferred that the patient had significant pulmonary impairment, with increased immunological markers, a factor that can be discussed due to the genetic predisposition to cytokine exacerbation. Considering that the patient is an athlete, the hypothesis that irisin has positively influenced the modulation of the exacerbated release of pro-inflammatory cytokines is suggested.

This research received no specific grant from any funding agency in the public, commercial or not-for-profit sectors.

The Author(s) declare(s) that they have no conflicts of interest to disclose.

Dr. Renata Knack, SD, is in genetics and is Director of Research at Hospital Israelita Albert Einstein.

Taliê Hanada, MS., is a medical student at Metropolitan University of Santos.