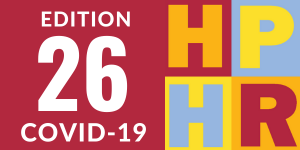 How Being a Prisoner and Patient Is Fit for Tragedy in the U.S.

Fuentes P. How being a prisoner and patient is fit for tragedy in the U.S.. Harvard Public Health Review. 2021; 26.

How Being a Prisoner and Patient Is Fit for Tragedy in the U.S.​

Today I write in the midst of a novel infectious enemy, and the grim shadow of a more vicious and violent opponent: racial inequality. The gruesome image of George Floyd’s deadly encounter with police in Minneapolis is a product of decades of pervasive social inequity, racism, and tough-on-crime legislation. His death has not been silenced, but history has painted a more poignant and vial image of race and incarceration in the United States, especially in the face of an epidemiological threat.

During the 1970s, New York began to institute drug policies and enforcement strategies that would transform its correctional system. A growing existential concern for rising drug use and crime led “junkies, pushers, and addicts to loom large in public consciousness,” and commonly, newspapers warned that “hunger for drugs drove people to steal, mug, and even kill to sustain their habit” (Kohler-Hausmann, 2010). This public rhetoric, undoubtedly, created a vacuum enabling punitive policies spearheaded by Governor Nelson Rockefeller.

In 1971, Rockefeller branded drug abuse as the “public enemy #1 and declared an official ‘War on Drugs’” (Kohler-Hausmann, 2010). From that point on, the public’s view on drug policies changed from rehabilitative to punitive. These policies disproportionately affected communities of color and low socioeconomic status. This era of policies aiming to be tough on crime and drugs launched the state’s epidemic of imprisonments.

Over three decades after the TB prison outbreak in New York, a similar drama is unfolding with the COVID-19 pandemic. Earlier this year, New York City became an infectious epicenter with one of the highest rates of COVID-19 transmission. The Governor of New York Andrew Cuomo issued and enforced a strict statewide lockdown in response to burgeoning novel coronavirus infection and mortality rates (Lardieri, 2020). While, in theory, the majority of New York’s population is in quarantine and isolated at home from the grasp of the disease, on the other hand, its incarcerated population is locked up with the infectious enemy. For weeks, prisoners have been pleading for help, writing messages on the windows of Rikers Island reading, “Help. We matter.” And, “we’re dying” (Feuer & Pomerance, 2020). In this recent interview conducted by the NYT, Mitch, who is incarcerated at Rikers Island, shares his harrowing encounters with the prison healthcare system as he prays every night that he does not contract the virus.

Two aspects of the New York TB outbreak poignantly parallel the current novel coronavirus pandemic. First, the burgeoning rates of COVID-19 cases inside prisons reveal latent prison health systems that are unequipped to, yet again, control an infectious outbreak. Inside Rikers Island, prisoners are being forced to sleep in cramped cells with others who have tested positive for COVID-19 (Feuer & Pomerance, 2020). Prison officials have advised inmates to sleep head-to-toe to maintain a “safe” distance. Inmates do not have access to proper sanitation and, if lucky, are guaranteed only a single mask per week – and for Mitch, his mask fell apart after four days of consistent use while incarcerated (Feuer & Pomerance, 2020). Correctional facilities are frequently unsanitary and crowded – creating breeding grounds for infectious diseases (Flagg & Neff, 2020). Many jails and prisons do not have the sufficient staff, stuff, and space to properly tend to the demands of the facilities and patients.

Additionally, there is a lag in the public health response within correctional facilities and the current political will is failing to protect prisoners. The Marshall Project recently reported that not all states are thoroughly testing for COVID-19 in prisons. For instance, in Ohio, over 5,000 individuals of its prison population have been tested for COVID-19, while in Arizona, with a prison population of 877 per 100,000 people compared to 679 per 100,000 in Ohio, only 172 prisoners have been tested (Park et al., 2020; Prison Policy Initiative, 2018a, 2018b). Across the United States, states have issued stay-at-home orders to isolate the general population; physical distancing protocols to maintain people at a “safe” distance from each other; and mandatory use of personal protective equipment in public, such as masks. The Centers for Disease Control and Prevention have also advised that any person with symptoms should seek testing and, if necessary, medical care. These recommendations and measures might seem reasonable and attainable for the general population; however, for prison populations, they are far from realistic. Conditions in Rikers Island, and arguably many prisons, are not suited for combating an infectious agent, and the lack of political urgency to protect the health of prisoners is exacerbating this threat.

The New York TB prison outbreak is one of many potent historical references to epidemics that have plagued our society and, disproportionately, affected marginalized and disadvantaged groups. In an era where America imprisons over 2 million people and prisons are overcrowded, it is important that we acknowledge the inherent health risks that transgress behind bars. Notably, gaps in prison healthcare are not only endemic in New York, but in the nation as a whole. Living as a prisoner has inherent risks, but the compounding dangers of being a prisoner and patient in America’s prison healthcare system has all the makings of a tragedy.

Flagg, A., & Neff, J. (2020). Why Jails Are So Imprtant in the Fight Against Coronavirus. The Marshall Project.

Kohler-Hausmann, J. (2010). The Attila the Hun Law: New Yorker’s Rockefeller Drug Laws and the Making of a Punitive State. Journal of Social History, 71–95.