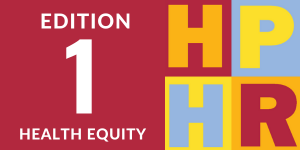 Was Mayor Bloomberg a Nanny?

Was Mayor Bloomberg a Nanny?

New York Mayor Michael Bloomberg long sought to address a wide range of public health problems, including those associated with obesity and smoking. A number of his initiatives seem to have been behaviorally informed. Like many experts, he believes that soda is a contributing factor to increasing obesity rates and that large portion sizes are making the problem worse. In 2012, he proposed to ban the sale of sweetened drinks in containers larger than sixteen ounces at restaurants, delis, theaters, stadiums, and food courts. The New York City Board of Health approved the ban, though it was later struck down in court.

The ban does have an unmistakable behavioral logic. People tend to eat or drink whatever is put in front of them, and large portion sizes contribute to obesity. If the goal is to decrease the health risks associated with obesity, smaller portion sizes are a reasonable idea. Nonetheless, many people were outraged by what they saw as an egregious illustration of the nanny state in action. Why shouldn’t people be allowed to choose a large bottle of Coca-Cola, if that’s what they want?

The Center for Consumer Freedom responded with a vivid advertisement, depicting Mayor Bloomberg in a (scary) nanny outfit.

But self-interested industries were not the only source of ridicule. Jon Stewart is a comedian, but he was hardly amused. A representative remark from one of his commentaries: “No! . . . I love this idea you have of banning sodas larger than 16 ounces. It combines the draconian government overreach people love with the probable lack of results they expect.”

Was the proposed Big Gulp ban hard or soft? Did it involve means or ends? Neither question is easy to answer. We should be able to agree that the ban would not have been a mere nudge. Because it would have precluded people from purchasing sodas in large containers, it would not retain freedom of choice. On the other hand, it would hardly have been an aggressive form of paternalism. If people wanted to drink a lot of ounces of soda, they could certainly do that , simply by purchasing several containers. If we see a continuum from soft to hard paternalism, the Big Gulp initiative was relatively soft.

A plausible defense of the initiative would insist that it attempted to promote people’s ends , not to overrule them1. People want to be healthy, and by reducing the risk of obesity, the initiative would do exactly that. Hardly anyone wants to be obese. But for reasons that we have explored, this argument is too simple. People’s ends are not limited to health. They want to consume the drinks that they enjoy, in the sizes that they prefer. For choosers who sought soda in large containers, the ban would affect their ends, not simply their means to those ends.

What emerges is that Mayor Bloomberg ventured a relatively soft form of nonlibertarian paternalism, one that could not be defended as merely affecting people’s means. Was his initiative defensible? In brief, the answer should turn on its costs and benefits. Its costs appear real but low, both to choosers and to providers. With respect to benefits, the question is whether it would have a significant impact on the obesity problem—a question on which we appear to lack much data. For these reasons, it is not obvious whether the initiative was a good one, and strong views either way are not easy to defend.

Let us compare another behaviorally informed initiative from Mayor Bloomberg, one that would prohibit the display of cigarettes in most retail shops. Under this approach, cigarettes could certainly be sold, but they would no longer be visible or salient to consumers. Here as well, the initiative has an unmistakable behavioral logic. As we have seen, salience greatly matters to people’s choices. But unlike the Big Gulp ban, this approach is not merely a form of soft paternalism but also a genuine nudge, enlisting choice architecture on behalf of public health.

Mayor Bloomberg’s approach here is not unlike that of Google , which found that its New York cafeteria , which offered a lot of high-calorie items, was producing a lot of unwanted pounds. In response to employee complaints, the company initiated a series of changes to nudge people toward more healthful choices. Large plates and takeout containers were exchanged for smaller sizes, and employees were encouraged to eat less with a sign stating , “People who take big plates tend to eat more.” The redesigned cafeteria took a number of smart steps to make healthful choices simpler and more convenient (and to make less healthful choices less so). As a result, it helped to produce real reductions in both calories and fat consumed from candy. Google created a kind of Nudge Cafeteria, designed to increase healthful choices. Mayor Bloomberg took a broadly similar approach for cigarettes.

At the same time, it must be agreed that the prohibition on open display could affect ends as well as means, because purchasing cigarettes is, for some, a genuine end (at least if we are describing ends at a level of specificity). And in this case, as in that of the Big Gulp ban, the overall assessment should turn on both costs and benefits. That assessment would require a great deal of information about likely effects. But in view of the serious adverse health effects of smoking, and its addictive character, it is certainly plausible to think that this is an excellent nudge.

Cass R. Sunstein is currently the Robert Walmsley University Professor at Harvard. He is the founder and director of the Program on Behavioral Economics and Public Policy at Harvard Law School. In 2018, he received the Holberg Prize from the government of Norway, sometimes described as the equivalent of the Nobel Prize for law and the humanities. In 2020, the World Health Organization appointed him as Chair of its technical advisory group on Behavioural Insights and Sciences for Health. From 2009 to 2012, he was Administrator of the White House Office of Information and Regulatory Affairs, and after that, he served on the President’s Review Board on Intelligence and Communications Technologies and on the Pentagon’s Defense Innovation Board. Mr. Sunstein has testified before congressional committees on many subjects, and he has advised officials at the United Nations, the European Commission, the World Bank, and many nations on issues of law and public policy. He serves as an adviser to the Behavioural Insights Team in the United Kingdom.

Mr. Sunstein is author of hundreds of articles and dozens of books, including Nudge: Improving Decisions about Health, Wealth, and Happiness (with Richard H. Thaler, 2008), Simpler: The Future of Government (2013), The Ethics of Influence (2015), #Republic (2017), Impeachment: A Citizen’s Guide (2017), The Cost-Benefit Revolution (2018), On Freedom (2019), Conformity (2019), How Change Happens (2019), and Too Much Information (2020). He is now working on a variety of projects involving the regulatory state, “sludge” (defined to include paperwork and similar burdens), fake news, and freedom of speech.